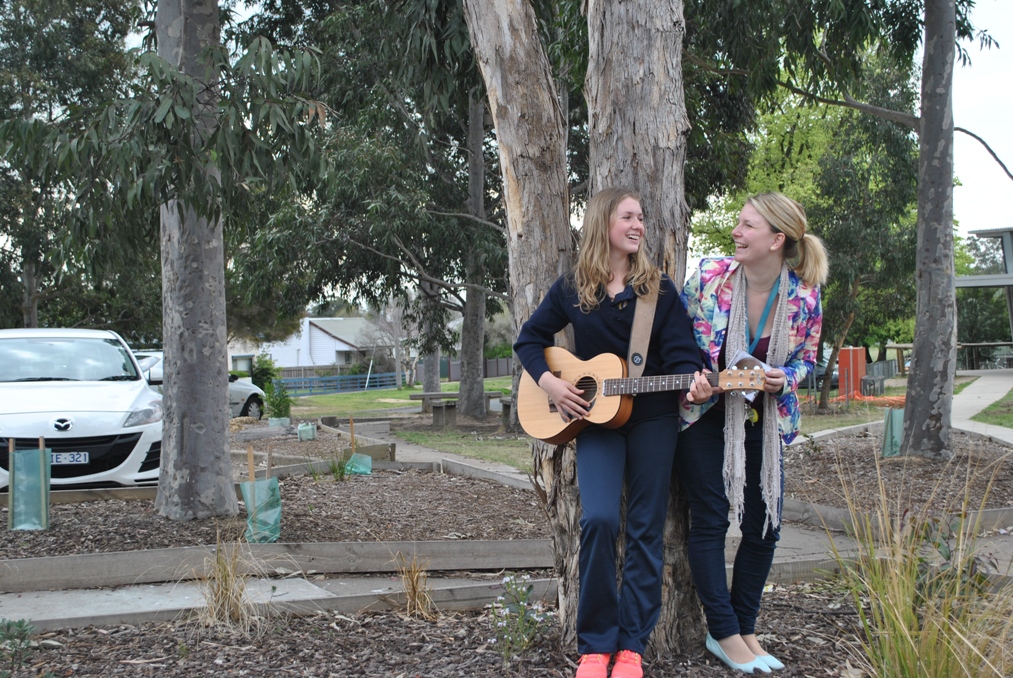 Maffra Secondary College year eight student Paige Forster is leaping out at her dreams towards a career in music.

She is one of four winners of the Wellington Shire Council’s KoolSkools songwriting competition.

The 13-year-old submitted two original works and one cover, which appear on the competition’s ‘Just Another Teen Album’.

“This is something that Paige did herself, she decided that she wanted to go and enter this competition, she came to me and said this is what I want to do, and that’s great to see,” she said.

There she met one of the competition organisers who encouraged her to apply.

With Ms Rankin’s help, Paige spent time at and after school recording a demo of her songs with equipment loaned from Wellington Shire Council.

Upon winning the competition, Paige, along with former Maffra Secondary student Ricki Wilcox, 19, pop-folk singer Talana Daff, 17 and metal band The Dividing Line, recorded the tracks over four days at Studio 52 in Melbourne.

Paige said that on the first day she participated in a photo shoot for the album coverbook and watched the other performers do their recordings.

On day two, she said, she worked 12 hours perfecting her recordings in the studio.

Paige said she thoroughly enjoyed the experience and encouraged other teenagers to take part in the program.

Ms Rankin said other students had been inspired by Paige’s efforts, and it had helped them realise there were opportunities to have their music heard.

“It’s a really great opportunity that they’ve given the kids of Gippsland to just be able to have a chance to see what it’s like to record your music professionally,” she added.

For Paige the most difficult thing about winning the competition was performing one of her original tracks Believe in front of her peers at a school assembly.

Paige has been playing the guitar for six years.

She lists Alison Krauss as one of her influences and defines her musical style as country pop.