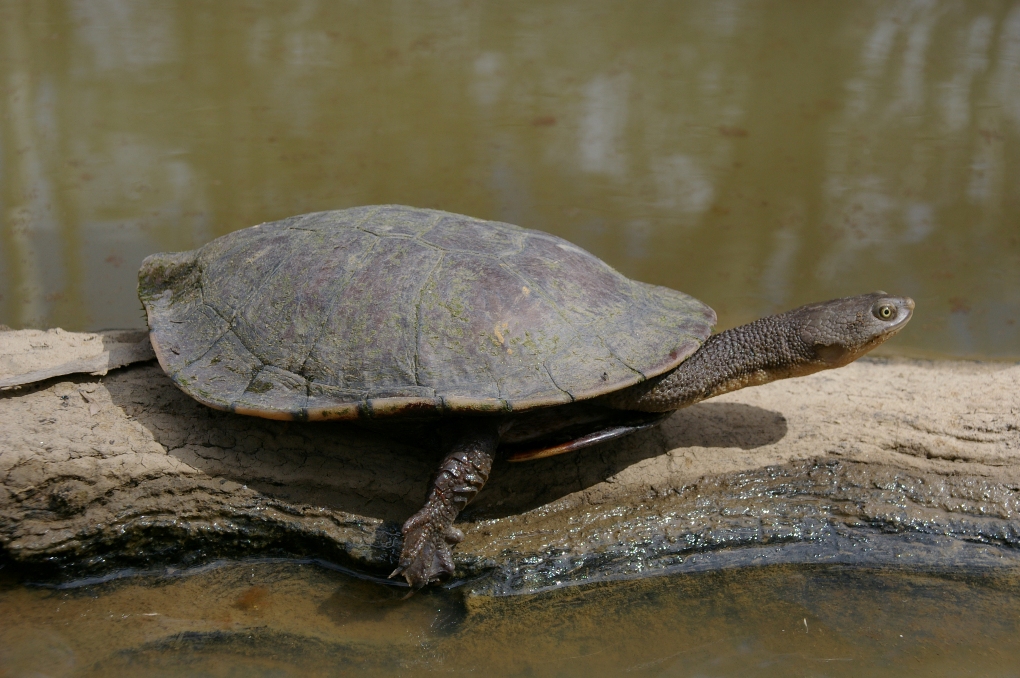 The Department of Sustainability and Environment is reminding motorists travelling through regional areas to keep their eyes out for freshwater turtles during their breeding season.

“They have begun to move about, making them particularly vulnerable to being hit by cars,” she said.

“Roads that run through or beside Victorian wetlands, rivers and lakes may have Common Long-necked Turtles (Chelodina longicollis) and Murray River Turtles (Emydura macquarii) crossing them over the next few weeks and we’d ask drivers to keep an eye out,” Miss Howard said.

“The freshwater turtles will be searching for appropriate nesting sites, so this is the time they are at the greatest risk of being hit by cars.

“The Common Long-necked Turtle is the most active and tends to move around the landscape more.”

Miss Howard said turtles were long lived and some of these animals would be aged more than 30.

“It can take some species 10 years to reach maturity, so it is important they are able to nest successfully and are not interfered with,” she said.

She advised people who saw turtles while driving to slow down to avoid hitting them.

“Don’t touch them unless it is to move them off the road in the direction they were already travelling,” she added.

“Do not take them home as pets and do not let domestic animals such as dogs attack them.

“All our freshwater turtle species are protected and it is illegal to take them from the wild.”

Ms Howard said the only times she would suggest handling turtles was if it they were seriously injured and needed to be taken to an accredited wildlife carer for treatment, or if they needed to be moved off the road out of harm’s way.

Anyone finding injured wildlife should phone RACV Wildlife Connect on 131 111.