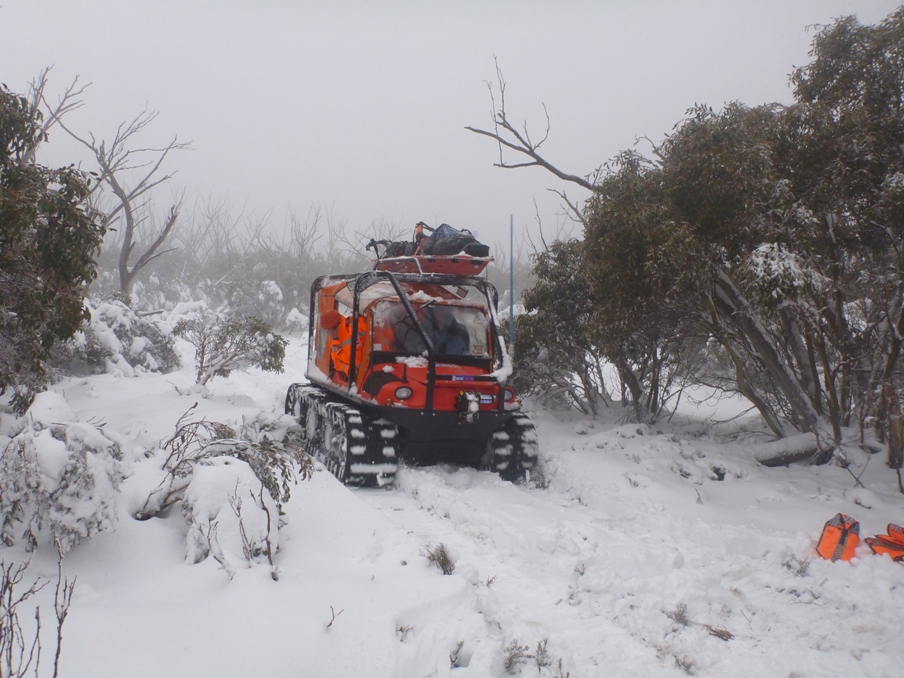 The group of 11 teenagers and three teachers from Mooroolbark Secondary College in Melbourne, became trapped in heavy snow on the Wellington Plains after visiting Lake Tali Karng last week.

They were hiking when two of the students developed signs of hypothermia after an icy blast delivered snow on Thursday.

One of the teachers raised the alarm about 3.15pm Thursday when two students, a 16-year-old boy and a 17-year-old girl, began slipping in and out of consciousness when the temperature dropped below freezing.

The group set up a camp and a third student, a 17-year-old boy, began displaying similar symptoms overnight.

Police made their way to the group at 4am Friday morning but because of poor weather conditions overnight and about half a metre of snow, were unable to rescue the school group.

The SES volunteers and a team of paramedics reached the camping ground using snow vehicles about midnight and camped with the group overnight.

Students were treated at the scene and were placed into sleeping bags with other students to raise their body temperatures.

The Maffra SES Argo vehicle with two paramedics and Maffra member Dean Morahan, driven by Darryn Jones, located the campsite about 3am Friday morning, their progress hampered by soft, by then metre-deep snow.

An SES spokesman said the remainder of the day was spent with the SES snow vehicles ferrying sick students to waiting ambulances, collecting equipment and assisting those capable of walking.

A rescue helicopter made several attempts to assist but was turned back by the lack of visibility.

A Red Cross team of volunteers provided catering at the McFarlanes Saddle base.

The rescue teams said the school group’s actions prevented the onset of serious hypothermia and also praised the co-operation between emergency services.

They added there had been similar instances involving bushwalkers caught in snow in the same area and said visitors should realise extreme weather could be experienced at any time of the year, and was common in during October and November.