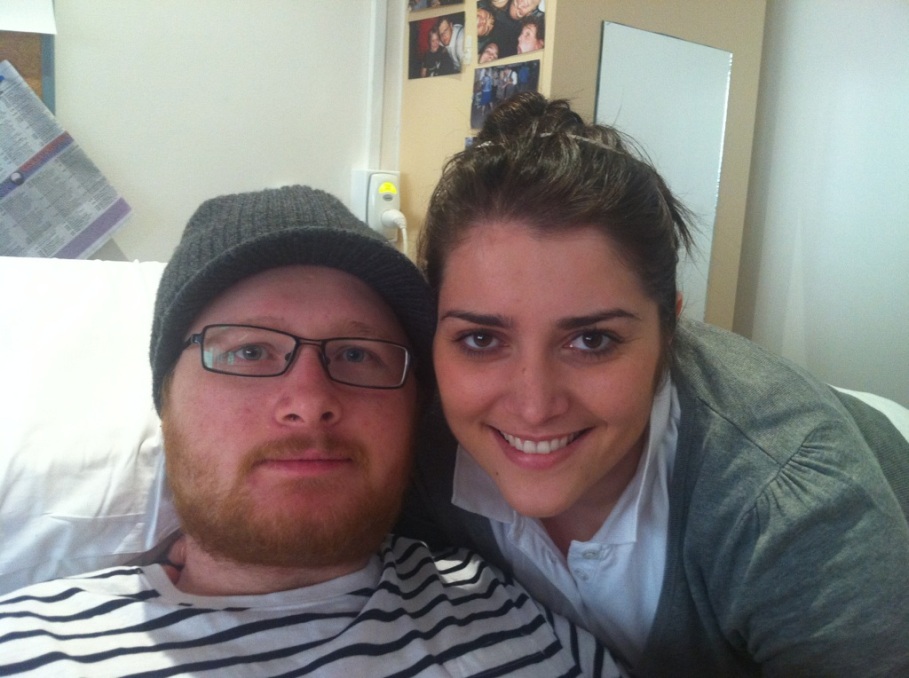 More than $37,000 has been raised in the local community to help a 23-year-old local man hospitalised with a rare form of  leukaemia.

Just two days after the wedding he was hospitalized — and within a week was diagnosed with Acute Promyelocytic Leukaemia.

While the news regarding his  leukaemia treatment remains  positive, Travis has suffered multiple strokes because of  the cancer which have caused paralysis to some of his body.

His speech has also been affected.

Travis remains in rehabilitation and was transferred to Latrobe Regional Hospital last week — one step closer to home.

He  will continue the remainder of his intensive rehabilitation program at Traralgon.

Every day Travis, with Eleanor at his side and with the ongoing support of many others, fights hard to regain skills such as standing and talking.

He has exceeded the expectations of medical staff and his strength and determination continue to astound.

Travis is making improvements in his rehabilitation, but after six difficult months he has a long road ahead.

Travis and Eleanor have a home in Maffra which they will be returning to when his rehabilitation program is complete.

Some of these funds raised will be used to renovate the house to enable Travis to have independence in the home.

Locals are already offering their services to assist in these renovations.

Funds raised will also be used to equip Travis with any aids he needs.

A fundraising representative said they had been humbled by the generosity of the local community.

“On behalf of Travis, Eleanor, and the Abel and Steele families, we thank the so many people who have supported our efforts over the past months and look forward to being able to continue assisting them in the future,” she said.

Donation tins are placed at the Trackside Bistro, Star Hotel and McDonalds Sale.