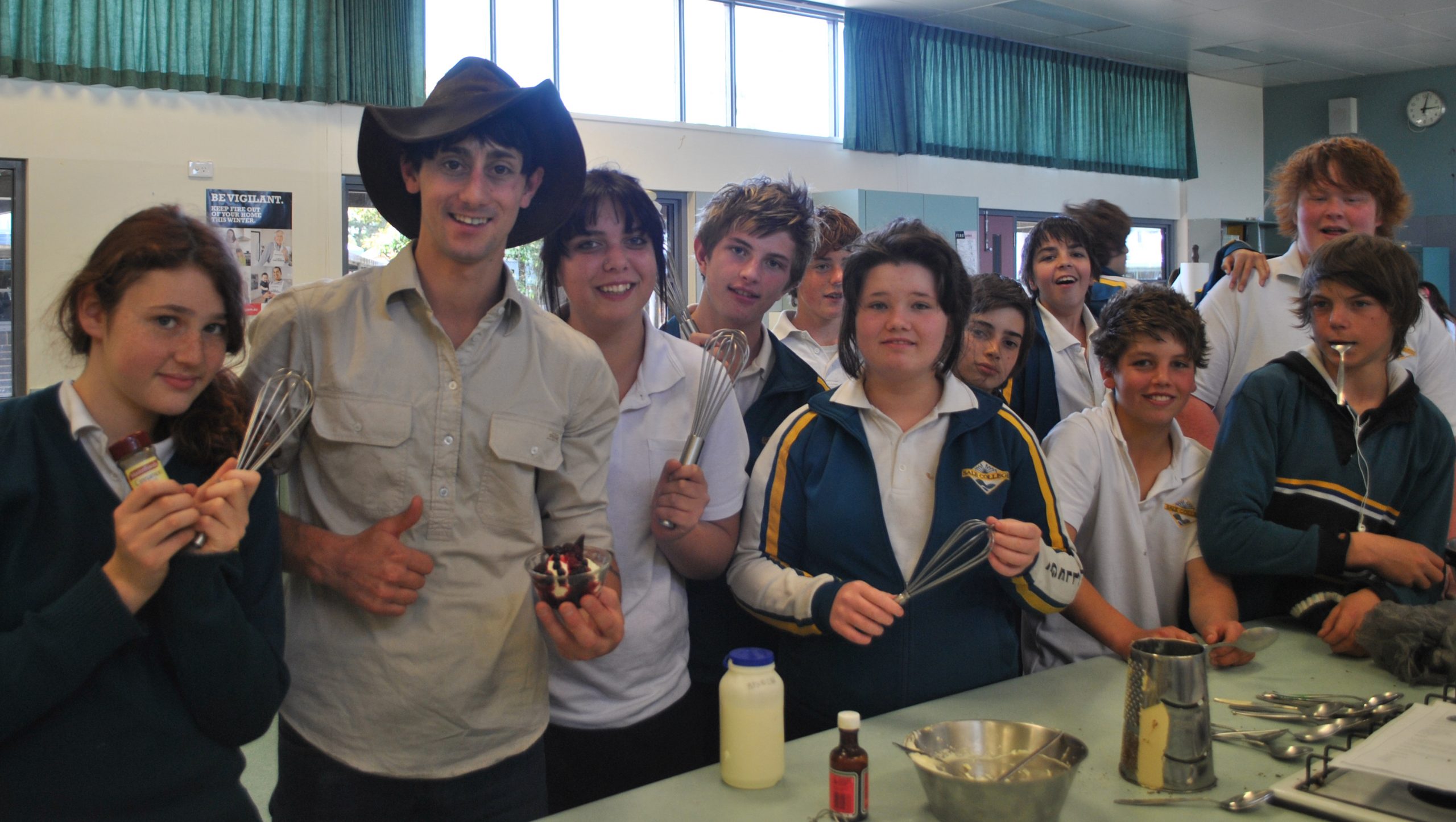 CELEBRITY chef Outback Matty visited his former school, Sale College, on Monday ahead of his appearance at the Maffra Show this weekend.

Matty, who was expelled from three different schools in years seven, eight and nine, made the visit as part of the Life Skills Australia program, speaking about his career experiences which have included cooking for Australia’s first winter Olympic gold medallist Steve Bradbury, along with working alongside celebrity chefs Jamie Oliver, George Calombaris and Gary Mehigan.

Matty said he got his start from Jamie Oliver’s Fifteen program which uses the magic of food to give unemployed young people a chance to have a better future, with profits going to the Better Food Foundation.

“I was expelled in year seven, eight and nine and I’m not proud of that, either,” he said.

“After graduating from 15, I spent a year a Vue de Monde with Shannon Bennett, one of the toughest chefs in Australia.

“From there I flew over to Japan and was told I would be just a chef, but found out I was the only chef at this new restaurant where I cooked with Steve Bradbury.

“It was a good challenge.”

Matty, who has also been head chef at Brisbane Parliament House, now travels the country food and wine show circuit and schools, promoting a positive lifestyle through the Life Skills Australia program.

Outback Matty will be at the food and wine court at the Maffra show from 1.30pm tomorrow, where he will oversee and judge the camp oven cooking competition with Jenny West.