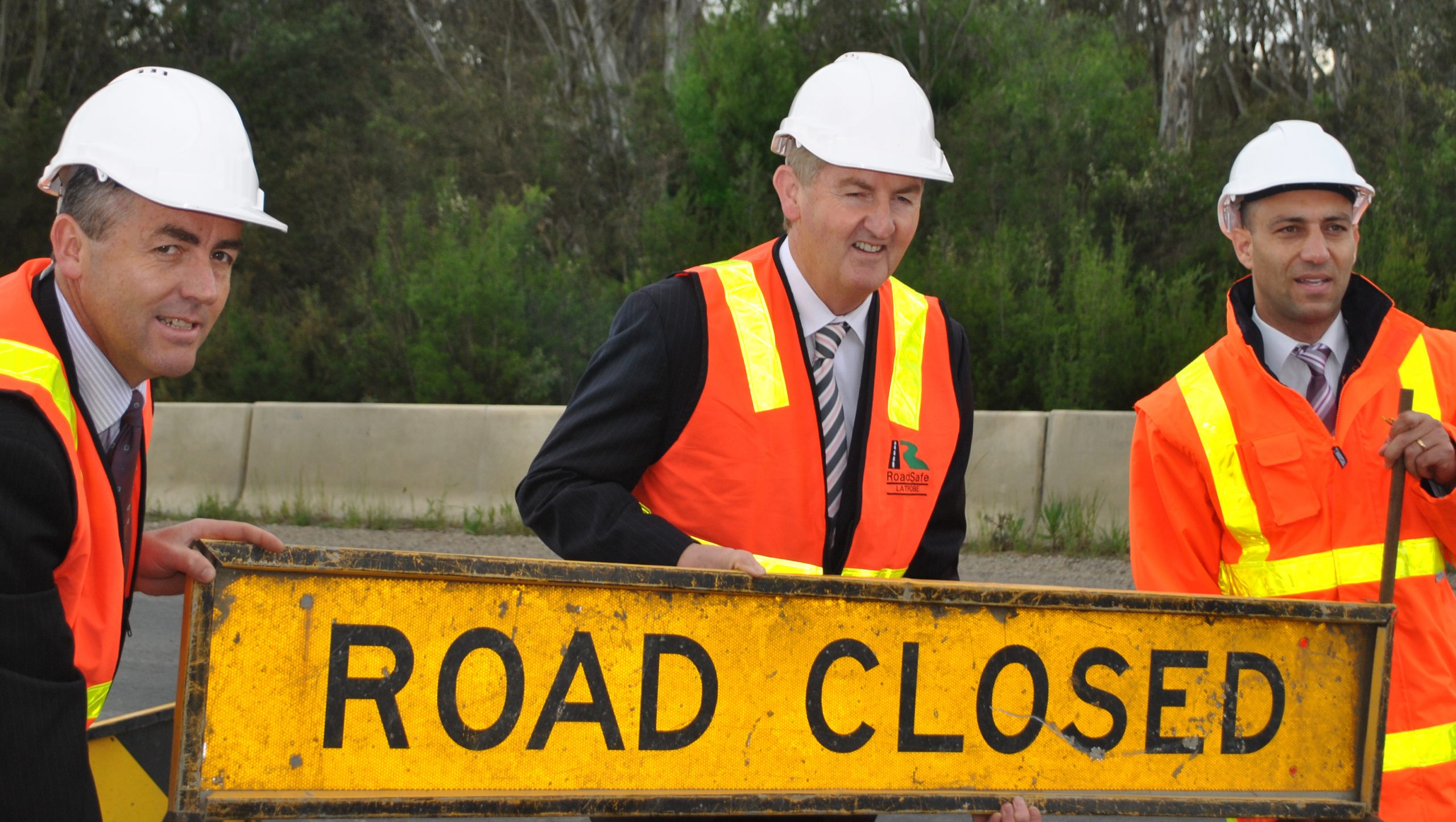 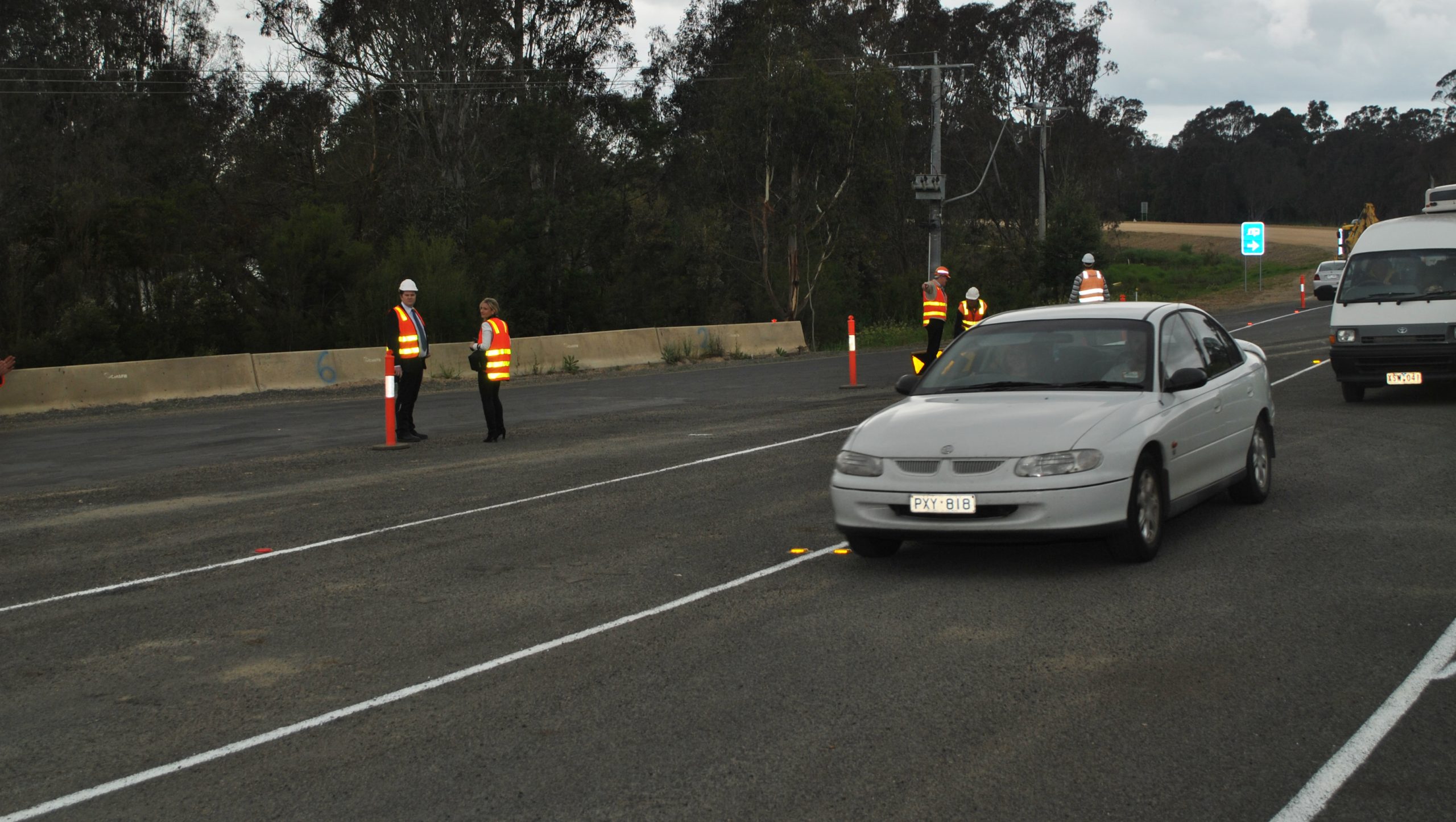 A SIGNIFICANT milestone for the $56.9 million flood protection project along the South Gippsland Highway between Sale and Longford was reached on Friday, with traffic switching onto the new Cox’s Bridge.

VicRoads regional director Sebastian Motta said the project was due to be completed, weather permitting, in December.

“It’s a fantastic milestone for the project and the local community,” he said.

“It’s taken a little while with the wet weather, although we haven’t experienced too many delays.

“As a result, we have been able to mitigate and keep works to program.

“The next stage is really to open up the next section and the entire project around about December just before Christmas is the plan if all things go well.

“There’s a bit more work in relation to finishing off the steel barriers and the beams underneath (the second bridge), and just clearing out the area below the structure as well, (and) obviously the pavement still needs to be completed out there.”

Mr Motta said some minor traffic delays would be in place after the planned traffic switch over, with minor landscaping works to take place.

The new Cox’s Bridge is about 450 metres in length, and has been painted underneath in neutral green tones to suit the surrounding wetlands environment.

VicRoads has also propagated cuttings from the historic elm trees which were removed during construction, and will re-plant these alongside the highway, near Punt Lane, following completion of the project.

Old sections of the highway will be used for a shared bike and pedestrian path, which will link the many existing paths in the Sale Common wetlands to the Swing Bridge.

When finished, the entire section of highway between Sale and Longford will be able to withstand a one in 20 year flood.

Deputy premier and Gippsland South MLA Peter Ryan said the project was 20 years in the making.

“When I came into politics 20 years ago, the big aspiration was to see this happen, so to have it happen is a wonderful thing,” he said.

“Of course it’s going to mean for those who were doomed to have to drive Sale, to Rosedale, and then back around, the school children on the bus’, the commercial traffic, particularly out at the gas plant but also with the area of our farming and horticultural communities, and just the people who were the residents in the area, for all of these people, it is a new day.

Gippsland MHR and Shadow Parliamentary Secretary for Roads and Regional Transport Darren Chester said the upgrade was a significant boost for the Longford, Loch Sport, Seaspray, Golden Beach and Yarram communities which had previously diverted via Rosedale when flooding has occurred in order to get to Sale.

“Flooding has caused significant headaches for local residents who travel to Sale on a regular basis,” he said.