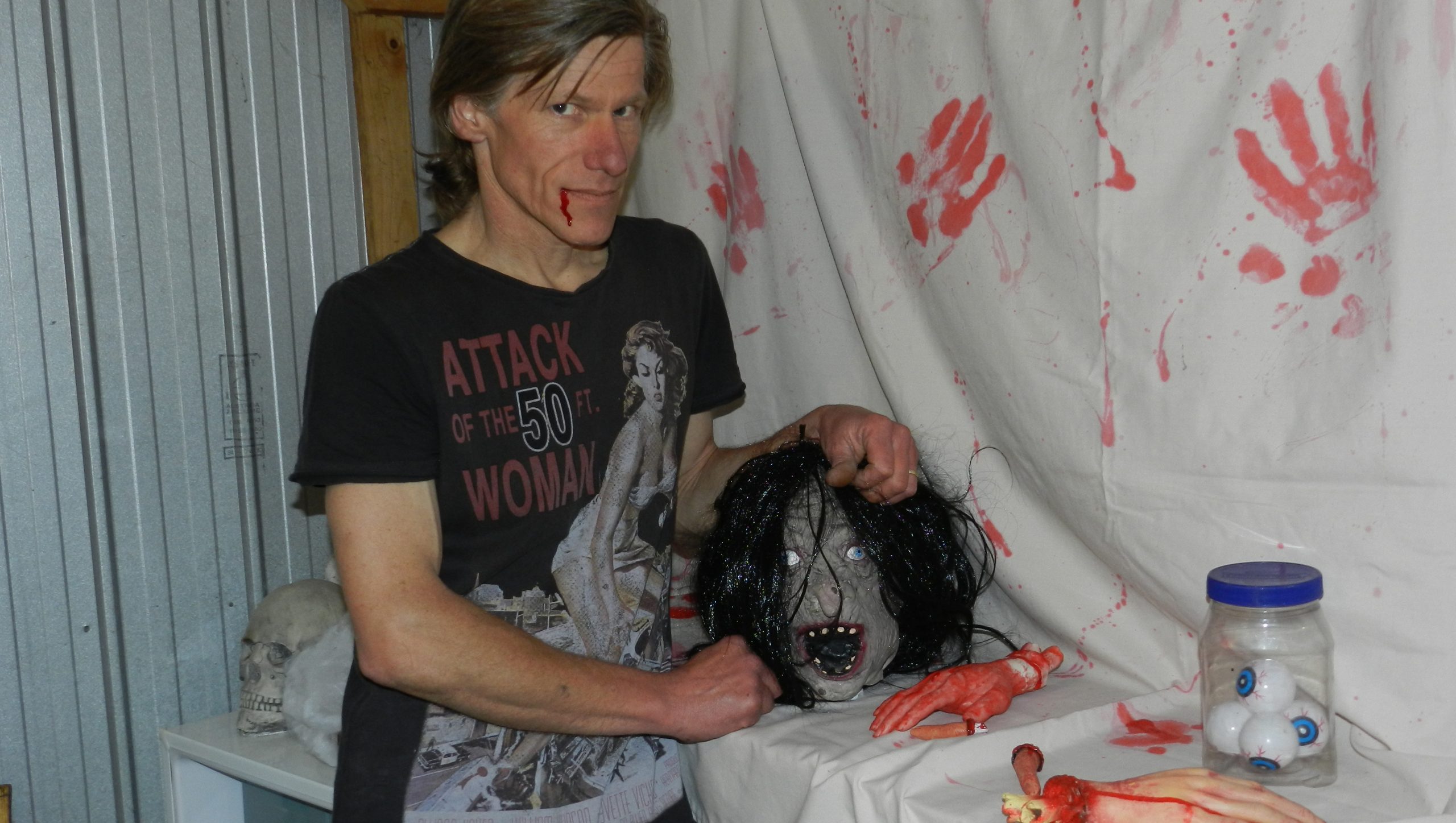 ROSEDALE residents David and Andrea Kupisiewicz, formerly of California, have stocked up on fake blood and black plastic in preparation for the open haunted house they will be holding at their Cansick St home for Halloween tomorrow.

It will be the fifth consecutive year the couple has put on a Halloween display, and the fourth which they have opened to the public, since moving to Australia.

“It was something we started just for our kids because they missed Halloween when we first moved here from America,” Andrea said.

The first year they decorated the house, went trick or treating and held a barbecue for friends, but since then it has taken on a life of its own, taking over the whole town.

In its first year open to the public the haunted house attracted 75 to 80 people according to David, the mastermind of the display, increasing to more than 200 last year.

“Everyone really got into it right away,” David said, “I think because they saw it in movies and always wanted to give it a go.”

During the past four years, he said the town had embraced Halloween, with adults and children dressing up, holding their own Halloween parties and going trick or treating.

He said last year two other houses had decorative displays, helped along by spooky music booming out of speakers.

“I say only one out of 10 people sort of resent it because it is an American thing, and those are probably the same people who are bigoted towards anything that’s American,” he said.

While Halloween is traditionally an Irish holiday, David said making a haunted house in his garage was definitely putting an “American spin on it.”

The display takes over three rooms and the back garden and will be put together with a consignment of at least eight helpers, playing a witch, a headless man, his head, four zombie cheerleaders and a chainsaw man.

David said he liked to add something new each year, this year a towering metal monster with glowing eyes and dinosaur roar which will operate on pulleys to make it move.

“I’ve got lots of ideas, I could probably work on it all year long, but I just don’t have enough time,” he said.

For children, and those who jump at the slightest hint of danger, David has built a black plastic maze, complete with “chicken exit”, adjacent to the main displays so people can experience the fun without the threat of monsters jumping out at them, a lesson he learned last year when a young boy ran out screaming.

As part of an in-joke for the residents of Rosedale, one of the rooms is set out as the Rosedale Community Health Centre which used to be housed there scattered with fake dismembered limbs and a sink spewing blood.

The house will be open to the public from 8.15pm tomorrow, with a gold coin donation entry which will support Rosedale Primary School.