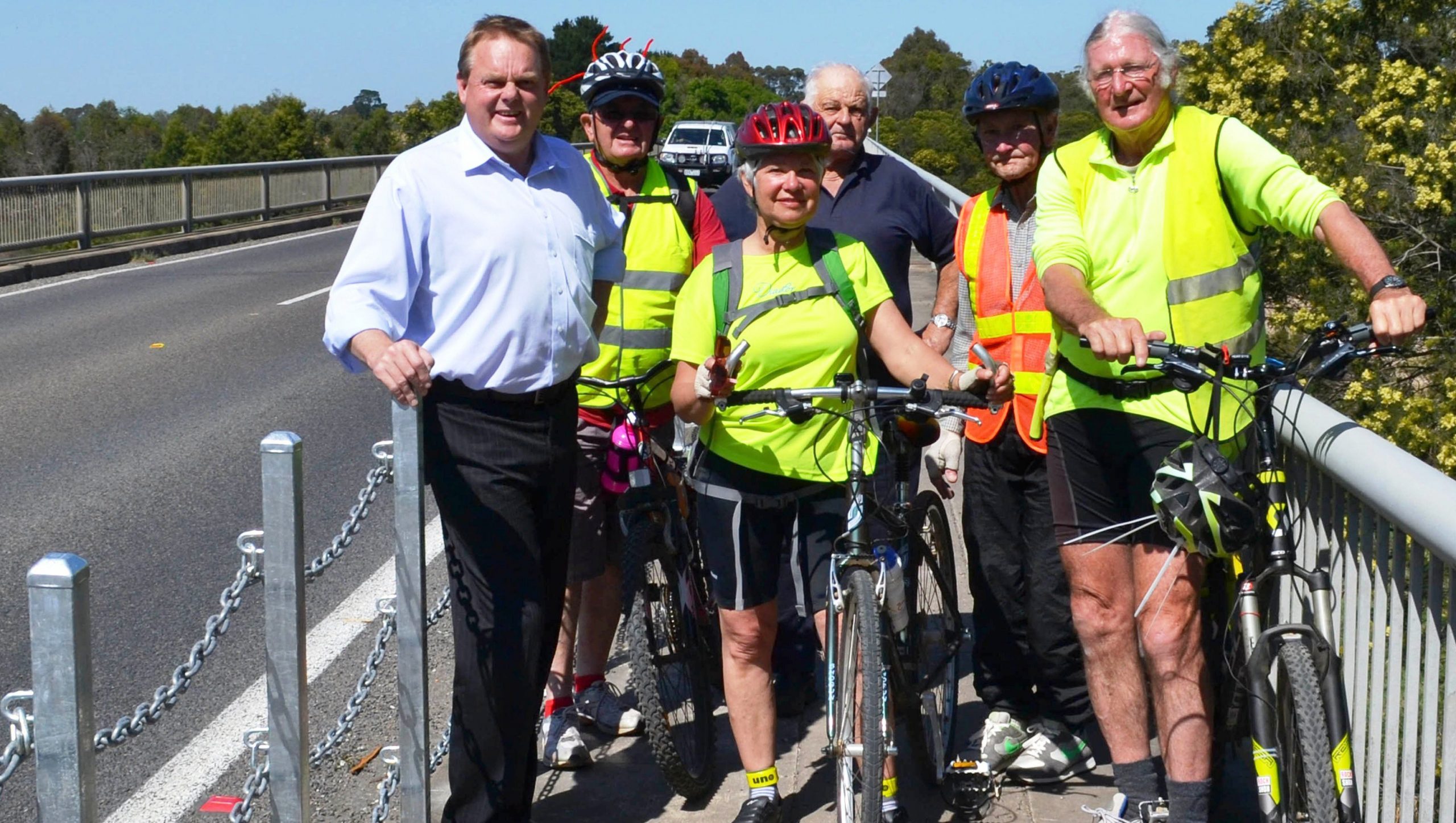 MEMBERS of the Maffra Friendly Riders Association and Gippsland East MLA Tim Bull met on Wednesday to inspect the recently constructed safety barrier on the Avon River Bridge at Stratford.

Mr Bull said the Stratford community had been crying out for the installation of a safety barrier on the bridge for years to protect the many community members and rail trail users who pass over the Avon River on a daily basis.

“The previous situation was an unacceptable risk to our community as there was no protection for pedestrians and cyclists should they have a fall on the bridge, exposing them to the very busy highway traffic,” he said.

“The matter was raised with me shortly after the 2010 election by community members, including Chris Richards, who is a member of this group. They had been frustrated at years of trying to get something done to no avail.

“It was not only dangerous for children travelling to school, but many bike riding families on the rail trail were not prepared to take the risk of travelling into Stratford.”

“By installing the safety barriers, which is constructed of heavy chains linked by steel posts, there is a clear delineation between pedestrian and motor vehicle traffic, making crossing of the bridge much safer for all users.”

The Maffra Friendly Riders Association meets regularly to cycle throughout the region with the aim of promoting the positive health benefits the sport of cycling brings, with a focus on mature age riders.

“The group is very supportive and we ride to the ability of all members of the group, so there is no need to be concerned about being left behind,” said group co-ordinator Bill Redmond.

If interested in joining the group on one of its upcoming rides, phone Mr Redmond, who is the volunteer co-ordinator for the Wellington Shire’s friendly riders’ group.