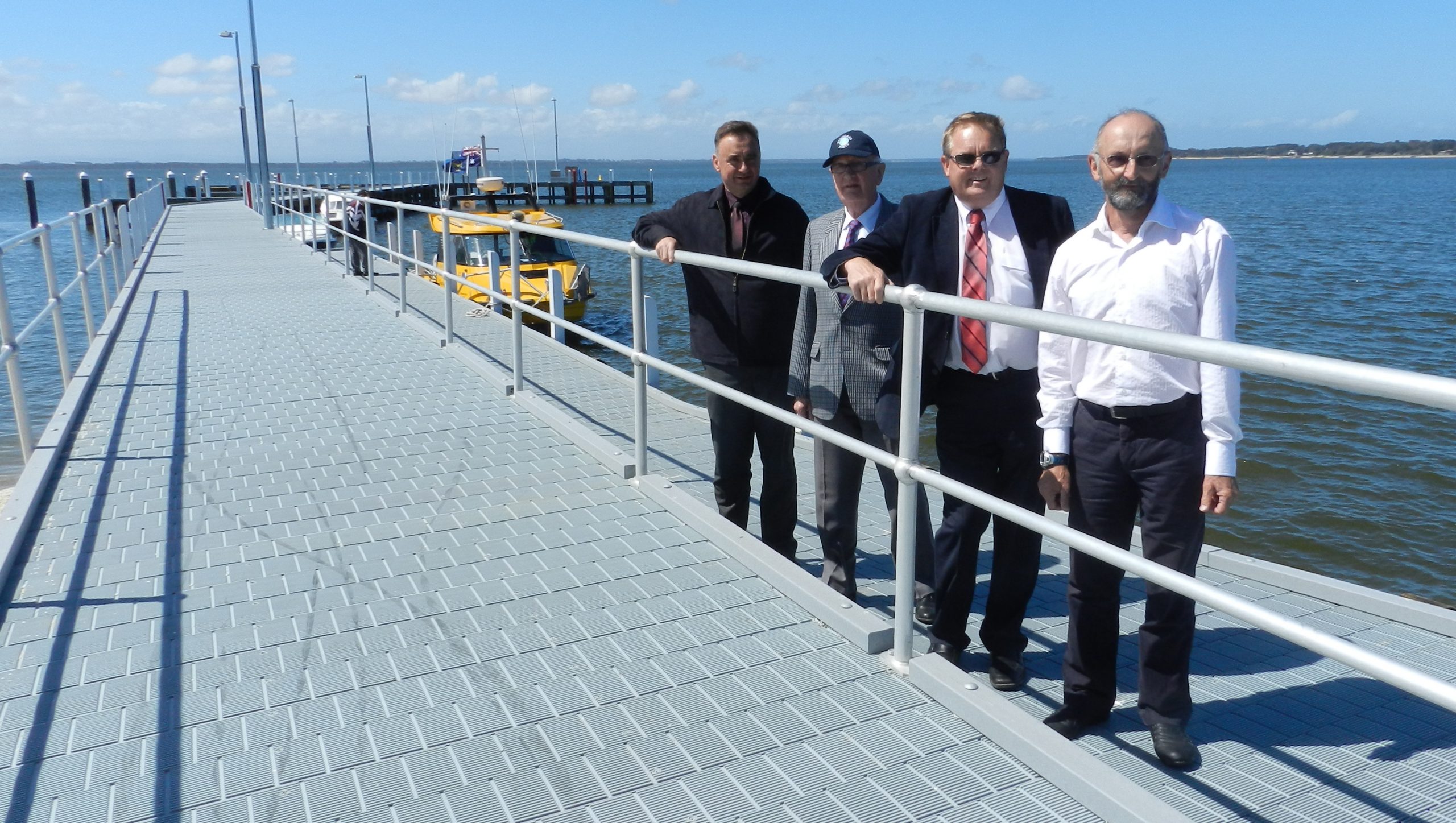 He said he didn’t often get the chance to travel to functions by boat so when his ‘boss’ Deputy Premier and Minister for Rural and Regional Development, Peter Ryan, was unable to attend he was more than happy to volunteer his services.

Before cutting the ribbon Mr Bull commended the community’s support and involvement in the $725,000 project, which saw the new jetty built in a better position to handle strong south-westerly winds than the previous jetty to provide protection to the boat ramp.

It is a 105 metre long jetty with 34 metre T-shaped head which has ready access for trailerable boats, wave screens to provide shelter to berths and is constructed of steel sheet pile groyne for erosion protection.

Mr Bull said the redeveloped jetty would encourage recreational boating, fishing and tourism in the region, providing a boost to the local economy.

“I’m happy to say that the Coalition government is continuing to support infrastructure in our regional local ports,” Mr Bull said of the state government’s previous announcement of $7.15 million in funding towards Gippsland Ports, for the operation, maintenance and upgrade local port assets.

Wellington Shire mayor Scott Rossetti said, the investment was not just in timber, steel and concrete.

“I view it as an investment in the people of Loch Sport and a vote of confidence in this special part of the lakes system.”