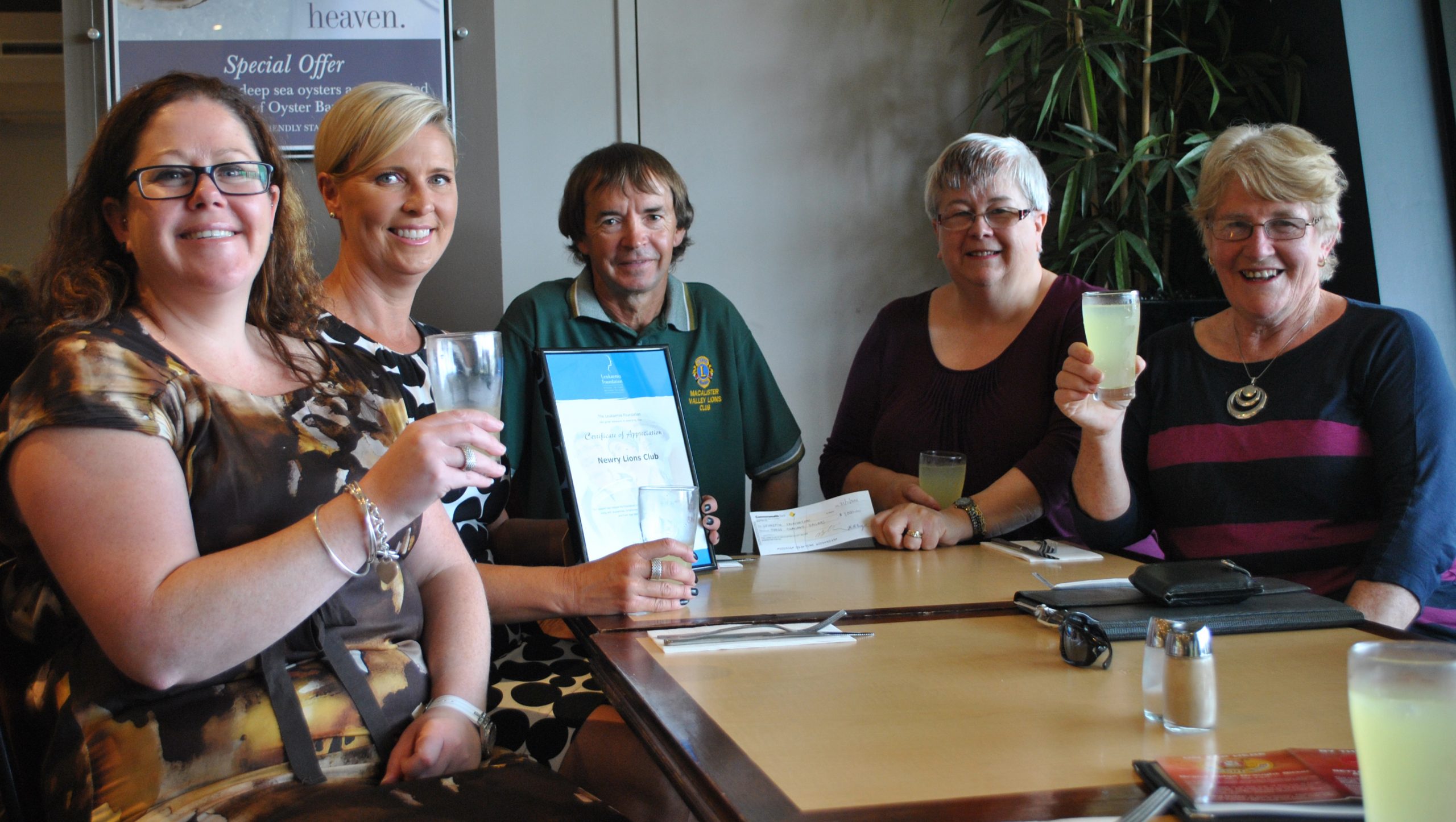 WHEN, at the age of 71, Ken Hewat succumbed to myeloma, a type of bone marrow blood cancer, in June of this year the Heyfield church got one hell of a funeral according to his wife Nell.

“They said it was the biggest funeral they have ever had in Heyfield,” she said.

Mrs Hewat attributes the turn out to Ken’s involvement with the community, she said he was involved in a number of organisations including the Lion’s Club, Red Cross, CFA, Landcare and Scouts.

According to Macalister Valley-Newry Lion’s Club president Wendy Blanch Ken was also actively involved in the Newry Football Club, his local church and just about anything to do with Newry or Tinamba.

Ms Blanch said Ken continued to involve himself in the community until about a month or so before he died, “Until it got to the point where he just couldn’t do anything he just kept on working,” she said.

At Ken’s request people attending his funeral donated money to the Macalister Valley-Newry Lion’s Club, raising $1500 which the Club matched, donating $3000 to the Leukaemia Foundation on Ken’s behalf, something they would like to continue in trust.

Ms Bush said the money raised would be used to help cancer patients living within Gippsland under the guidance of a support services coordinator based in Traralgon, with support coordinators helping to facilitate emotional support, education and counselling assistance.

“A majority of the time when you are diagnosed with a blood cancer in a regional area you need to relocate to a major treating centre,” Ms Bush said, “We’re able to help provide accommodation and transport to and from treatment whilst they are undergoing their journey.”

The Leukaemia Foundation is a non-profit organisation that doesn’t receive any funding, as such Ms Bush said.

“We’re very thankful for the generosity from the Lion’s Club and members of the area who were so generous in all their support of us.”

She said the $3,000 donation would allow the foundation to continue providing important services to cancer patients.