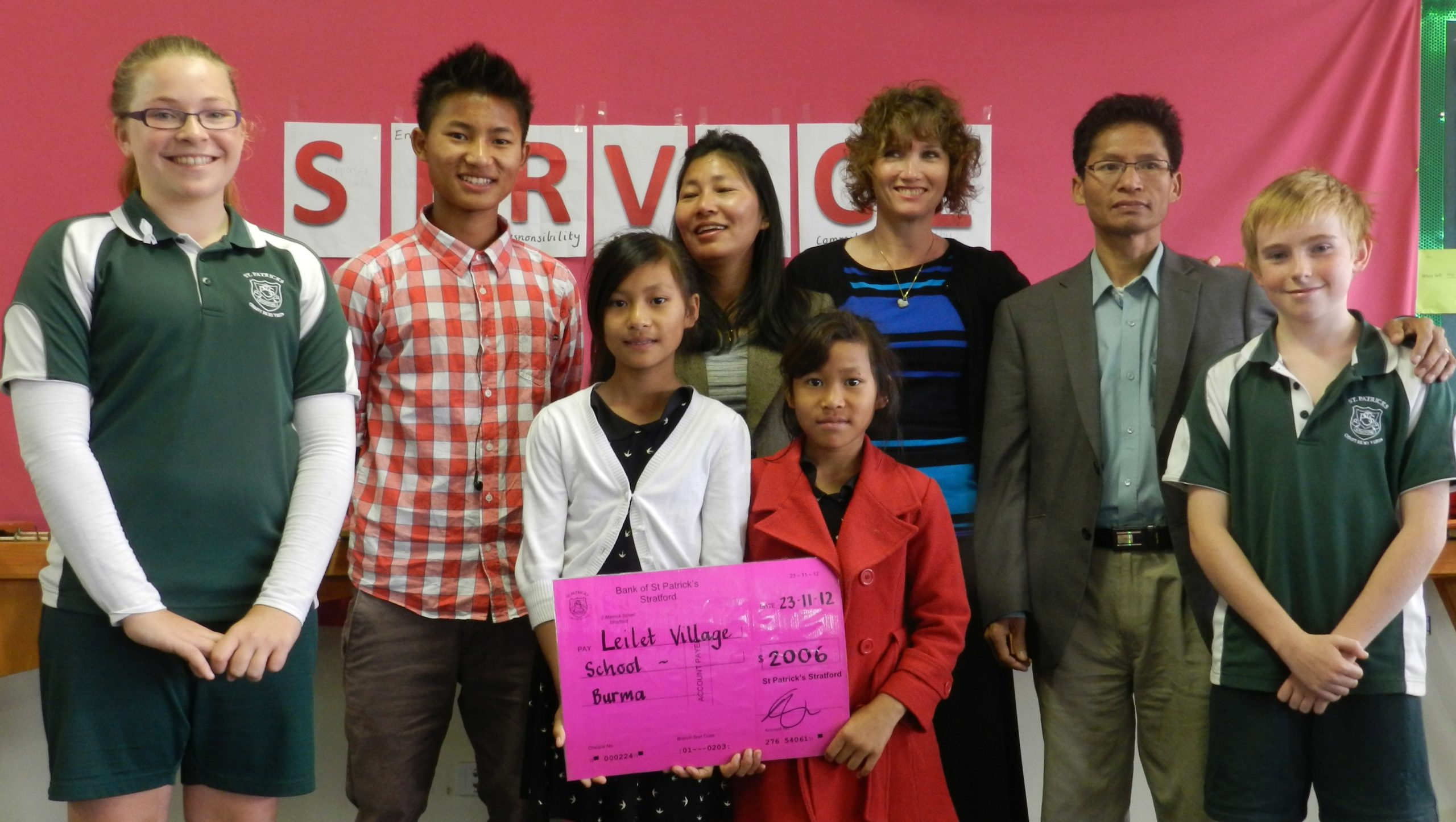 THE St Patrick’s Primary School, Stratford community has banded together to raise funds to assist a small school in the village of Leilet, Burma.

St Patrick’s grade 5-6 teacher Rose Lee said the school had raised more than $2000 for the school after hearing the story of refugee Zo and his family.

“Three years ago the family came to Australia as part of UnitingCare’s refugee healing trial and we got to know their story,” Ms Lee said.

“Zo came and told his story here in Stratford about four months ago and the students decided to fundraise.

“Their old school is just an old shed and when it rains, the children get wet and the kids decided to do something for the school.

“We had cake stalls, raffles, a lolly jar (guessing competition) and a movie night.

“Two thousand dollars isn’t much to people like us but for people in Burma it buys a lot of material.”

With Zo’s father Thang accused by the army of helping the rebels, the family was forced to flee Burma in the middle of the night.

Zo said he and the other children would often have to hide under their school from the army to escape death.

“Our house was destroyed and burnt down,” he said.

Zo and his family escaped to New Dehli, India. Life was also tough in India, with the family unable to afford to send the children to school. The children would go to the markets and pick up food that had been thrown away for the family to eat.

“We we often bullied in India,” Zo said.

The family of eight would spend five years in India, living in one single room, before being granted refugee status to come to Australia. The children were given chocolate to eat on the plane over to Australia.

“They didn’t know what it was,” Ms Lee said.

Zo said Australia was “the best place to live.”

Zo’s mother Zaro said accessible education was the major benefit of living in Australia, while Zo’s father Thang said it was the freedom and democracy.

“People are respectful and they help,” he said.