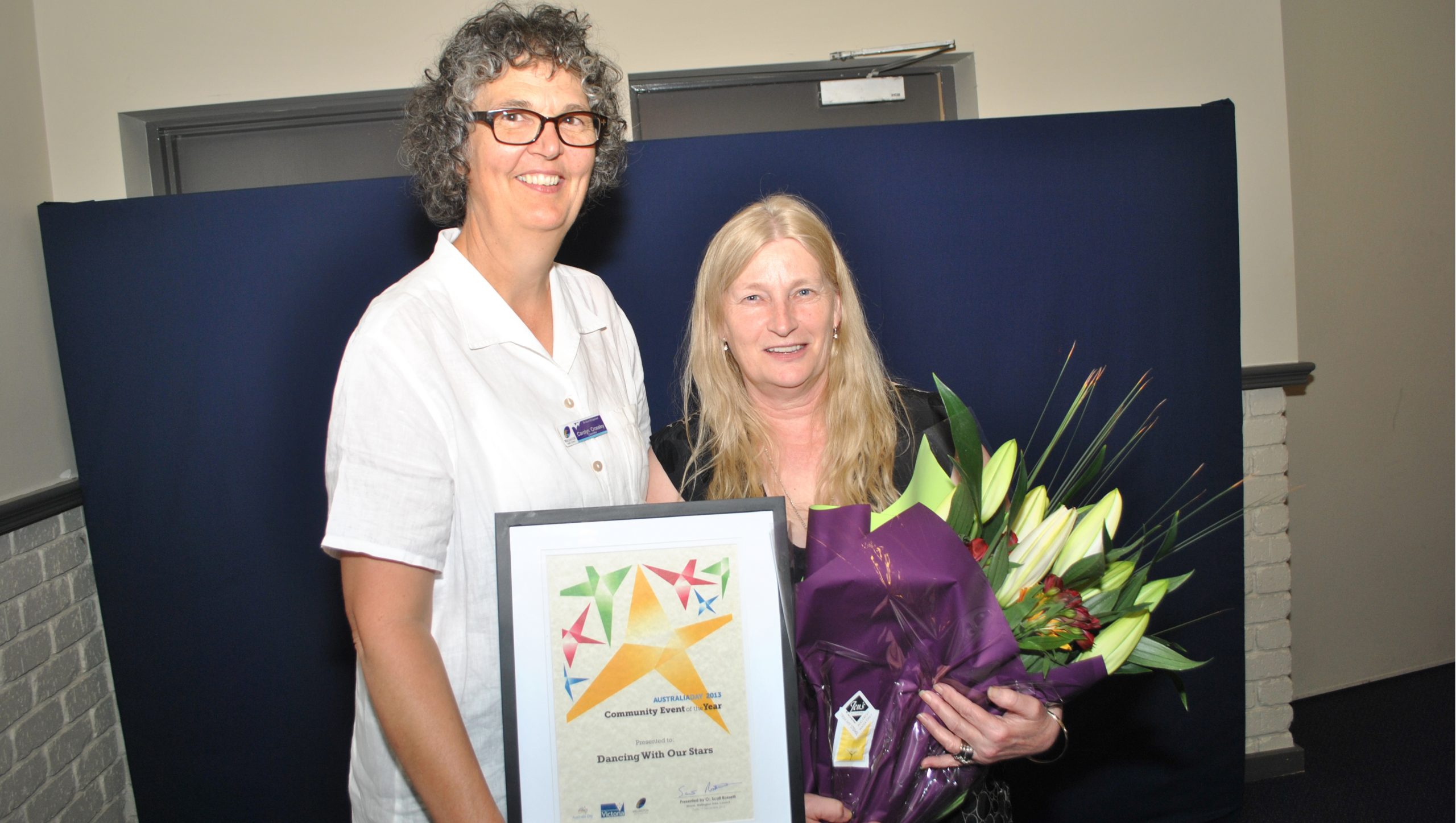 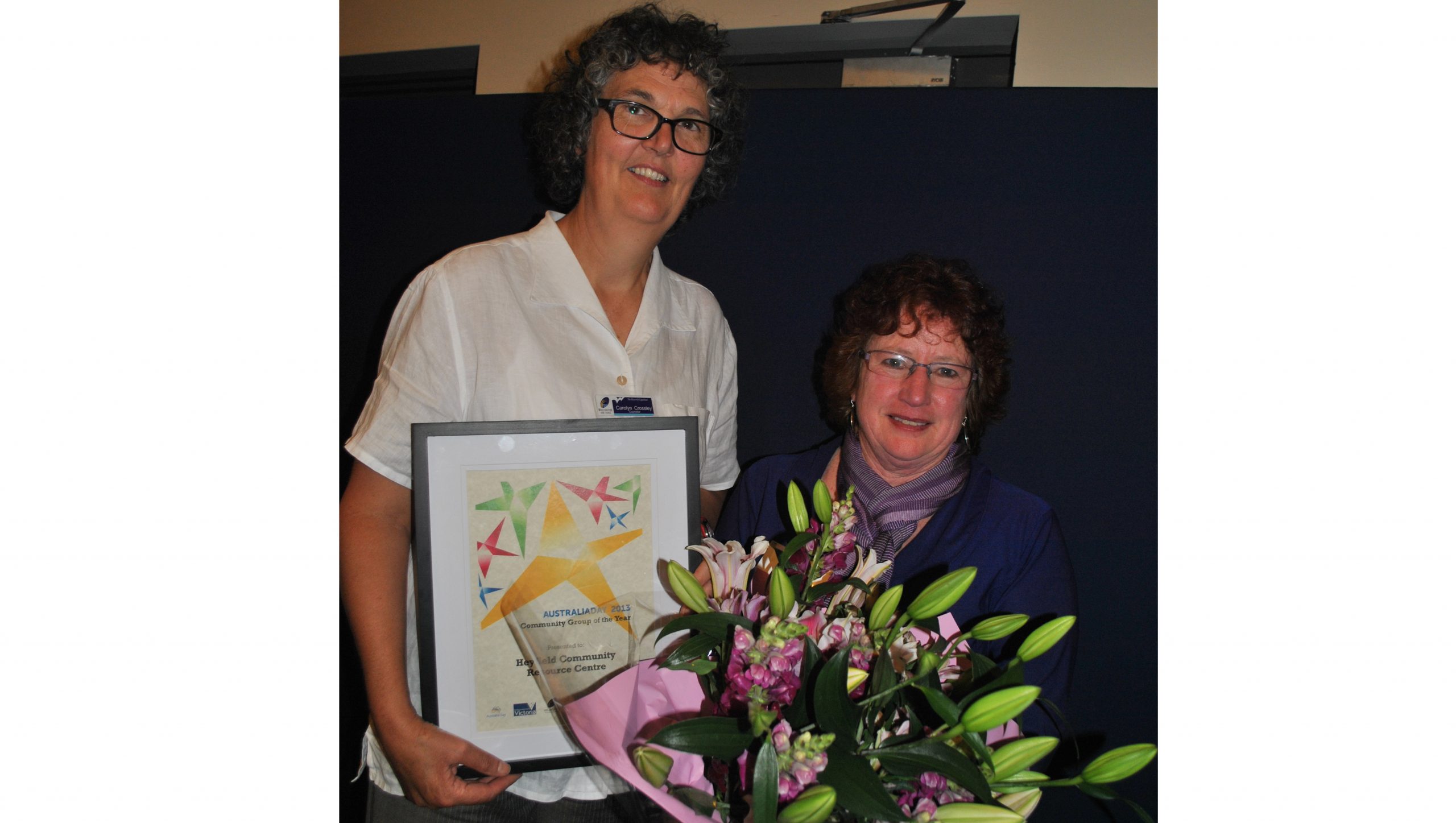 THE Wellington Shire’s 2012 Event of the Year announced last Tuesday was Dancing With Our Stars organised by Ann Ferguson and her staff at Workhire and community volunteers.

The ballroom dancing event involved a large number of community members as dancing ‘stars’ and has raised funds for a number of Wellington charities including Five Star Project and the Elderly Citizens Village.

The event’s organising committee is made up of community volunteers and Dancing With Our Stars gained a strong community following with the 2012 event selling out within weeks of being announced.

Mrs Ferguson said that while her committee would be holding another fundraising event in 2013 it would not be a return to the ballroom dancing event.

Heyfield’s Community Resource Centre was declared the shire’s 2013 Group of the Year.

The HCRC developed and implemented the ‘Heyfield Sustainable Smart Town’ flag program which encouraged behavioural change and a commitment to sustainable living.

Three hundred and eighty businesses and households have committed to the program and undertook to reduce their energy footprint.

The flags are a source of enormous community pride and the HCRC role models sustainable practices and provides members of the community with information on sustainable services, products as well as rebates and subsidies.

The award was accepted by Julie Bryer on behalf of the resource centre.