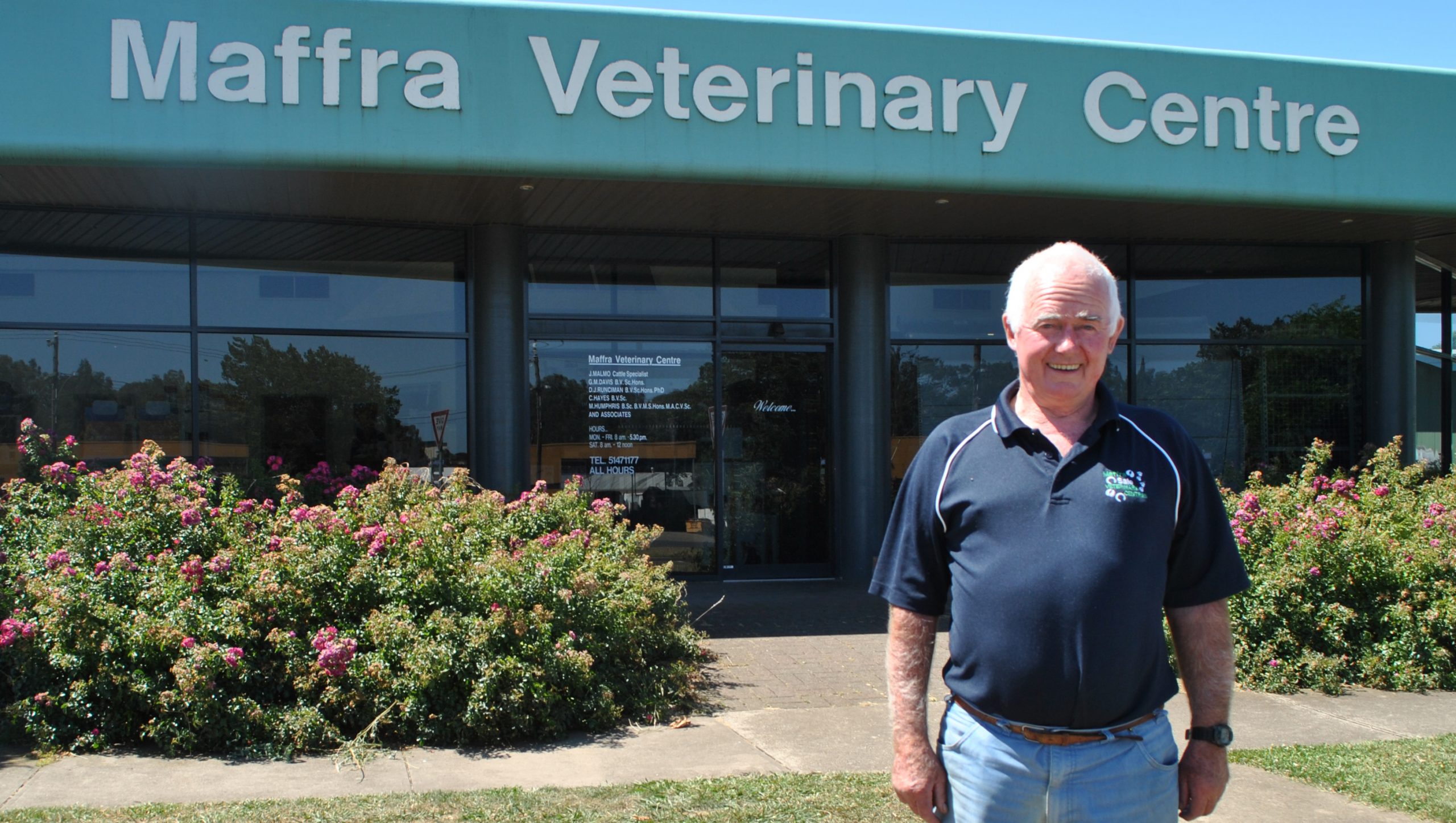 FOR a man who spends a good part of the day around the back end of cows, Maffra’s Jakob Malmo has done very well for himself.

He was recently appointed as an Honorary Professorial Fellow within Melbourne University, which means he can now refer to himself as a professor.

Not that he would.

“Many, many, many years ago vets were just ordinary mister,” he said describing how it changed to doctor.

Jakob is one of Australia’s leading cattle experts, having co-authored ‘Cattle Diseases in Australasia,’ one of the major text books on the subject.

The book is used by veterinarians and veterinary students working with cattle in Australia and New Zealand.

“I’m pretty proud of that book, it’s got lots of my photos in there,” he said, acknowledging what he said was almost a boast.

Jakob said his veterinary aspirations had been with him since childhood.

“My father was a vet and from a kid I travelled around with him and knew nothing else,” he said.

He said he liked dealing with production animals because they were helping to feed mankind, and liked the people involved in the production industry as he found them to be realistic.

“They have reasonable expectations and they look after their animals, generally very well, but they realise they are dealing with a production unit.”

He said this was the biggest contrast between working with cats and dogs and cattle.

With pets, he said “There is a hell of a lot of emotion involved.”

Jakob said he loved all animals, and spent his first 20 years as a veterinarian dealing with all creatures great and small.

Yet, after completing exams on the topic, he became one of the very few rare disease cattle specialists in Australia.

“That gives me the ability to stick to all things cow,” he said.

Jakob has written a number of research papers on cattle diseases and is currently working on a number of different studies.

Two of the more prevalent involving the various aspects of mastitis control in dairy cattle and tackling the relatively new disease of theileriosis.

“Our mastitis research is obviously aiming at reducing the incidents of mastitis in our dairy herds,” he said.

With the help of a business partner, Jakob established a unit at the Maffra Veterinary Centre where final year veterinary students could undertake rural practical training.

He continues to work there as an associate and full-time cattle specialist.

He also lectures students on cattle medicine and production during the last two years of their course as part of his role as principal of Melbourne University’s Rural Veterinary Unit at Maffra.

Jakob said, since it opened, the unit has seen about 1600 students come through its doors.

The demand has been so high in recent years, according to Jakob, that other student clinics have sprung up around Victoria.

He said the prestigious James Cook University in Townsville, Queensland, even copied the format he helped to establish.

“They built up on Malanda a unit like this (Maffra Veterinary Centre) only bigger, flasher and better because it was in Bob Katter’s electorate at the time of an election, so money was no object,” he said.

Jakob said overall the demand for veterinary science places at university was high.

“At each of the schools I know, but Melbourne in particular, the number of students doing the course has increased from something like 40-50 a year up to 120 a year and there is great competition still to get into each of the veterinary science courses,” he said.

This differs from when Jakob himself attended Sydney University.

A Maffra boy through and through, Jakob said he studied interstate because the veterinary school at Melbourne had closed down.

“(The) Melbourne school opened up a few years after I graduated and I’ve become reasonably heavily involved with them (since then) and have appreciated their support,” he said.

“I still probably wouldn’t be in practice if it were not for the fact that we have these young, keen, enthusiastic students coming through,” he said.

“They question you, you have a chance to show them some things they didn’t know, they show you things you don’t know and they’re just fun to have about,” he added.

He is one of three registered veterinary specialists in cattle medicine in Victoria and was, in 1994, awarded the honour of Officer of the Order of Australia for his services to the veterinary industry, veterinary education and the dairy industry. He has also received the highest award in the Australian Veterinary Association, the Gilruth Prize.

Jakob owns and manages two dairy farms in the Macalister Irrigation District, milking more than 1100 cows. His Glenmaggie-Seaton property was burnt during last Friday morning’s fire but it escaped with the loss of only one steer and a number injured.

However the long wait before he was allowed to access his property to check on his and his neighbours’ stock frustrated Jakob who has called for emergency service providers such as vets and Department of Primary Industry animal welfare officers to be given priority access to fire affected properties.