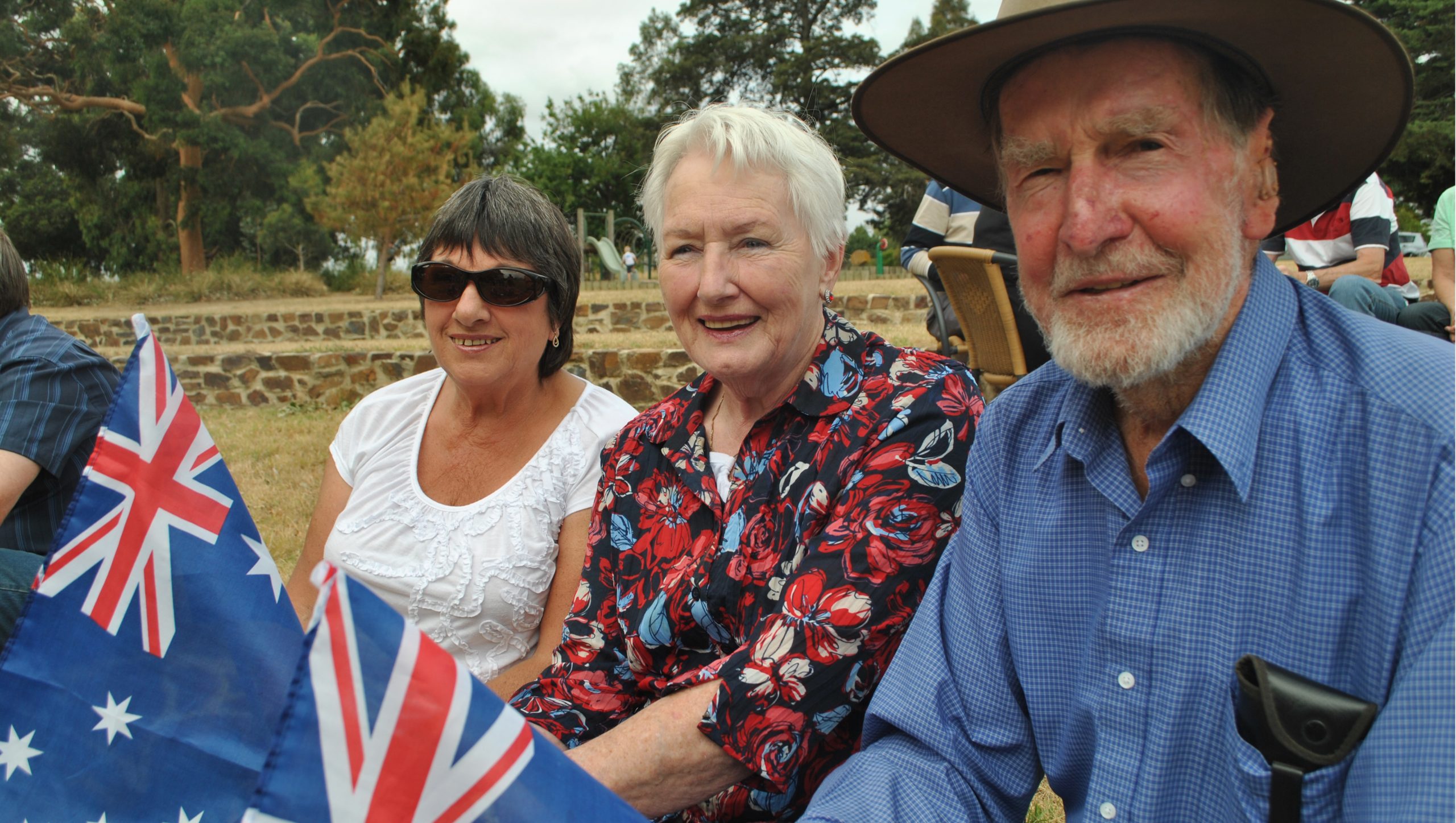 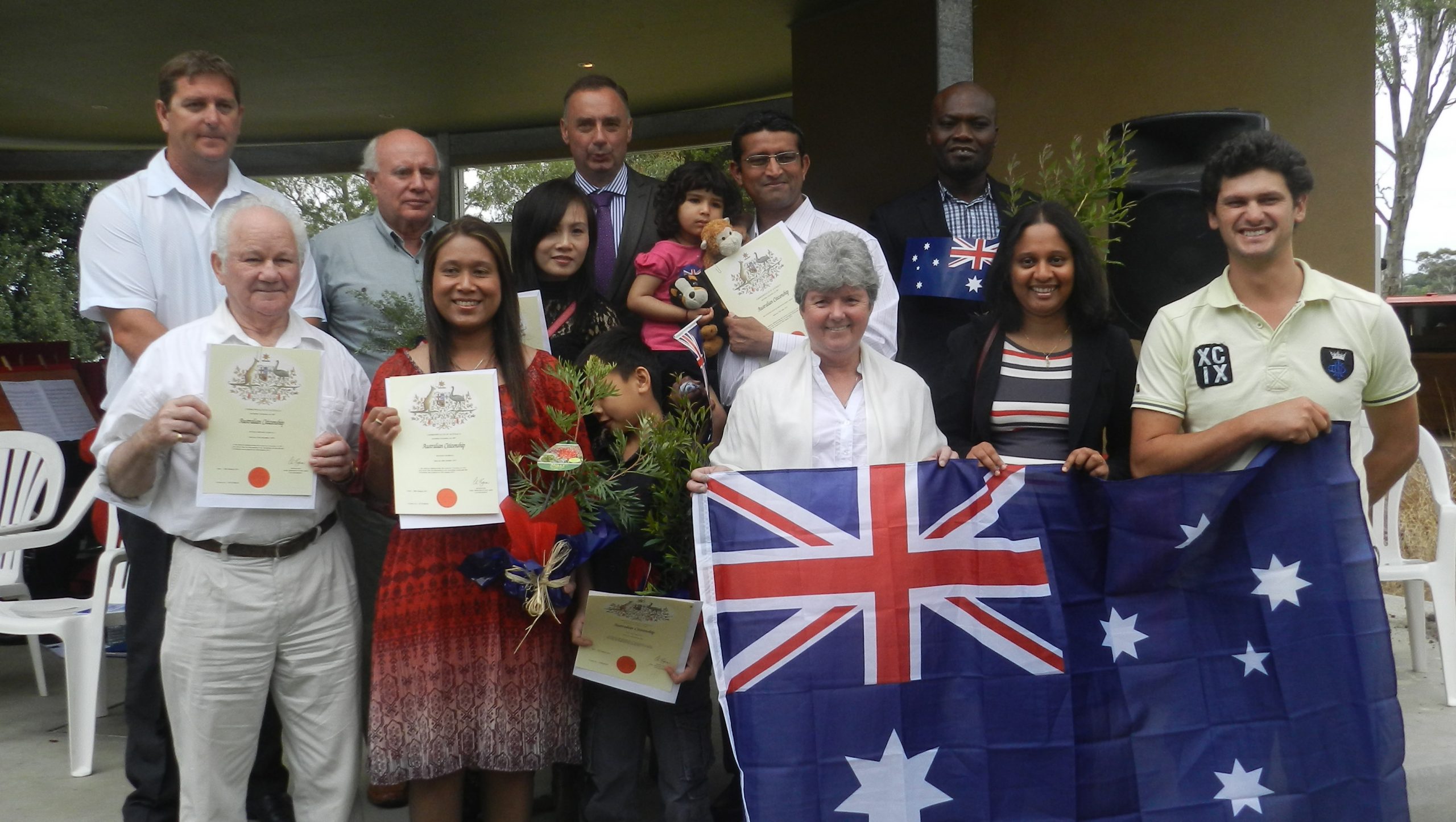 AUSTRALIA Day was celebrated across Wellington Shire, numbers slightly down in most towns except Heyfield, where the relief of a narrow escape from the Aberfeldy-Donnelly bushfire was cause for relief and celebration.

Many of the attendees were firefighters, members of the Sate Emergency Service and local residents who had lost homes or property in the Aberfeldy-Donnelly bushfire.

Wellington Shire Cr Malcolm Hole said it was the biggest breakfast the Lion’s club had served.

Cr Hole said it had been a long and tough week for the people of Heyfield.

He thanked all the firefighters who gave up eight days of their lives to protect “the capital of north Gippsland” and extended his support to the community during recovery.

Cr Hole said support was there for members of the community who were suffering as a result of the bushfires and asked people not to be too proud to ask for help.

One of the families affected, the O’Neills, who lost their family home in the blaze, thanked the community for its support, Helen O’Neill describing Heyfield as “a little town with a big heart”.

“I’m a proud Australian, but I’m even prouder to say I’m a Heyfield person,” she added.

Six awards were given out to locals in recognition of their contribution to the town, with Brian ‘Bronc’ O’Doherty named citizen of the year.

Jack Radford was presented with a young achiever award for his many sporting achievements.

Carolyn ‘Caz’ Escreet and Graeme Lord were both given achiever awards for the contributions to the community, predominantly through sport.

Lainie White, from the Heyfield News Agency, was named shop assistant of the year.

And the Heyfield Community Resource Centre was named community group of the year with Julie Bryer and Heather Coleman accepting the award.

IN Sale the highlight was the presentation of certificates to the area’s newest Australian citizens by Mayor Cr Scott Rossetti, with candidates from Asia through to the United Kingdom, Africa and north and south America.

The shire’s citizen of the year Jim Feltis, named weeks ago as the award recipient, also officially received his citizenship award, encouraging people to volunteer their time to help others, as did Gippsland MHR Darren Chester and Mayor Cr Scott Rossetti.

Mr Feltis dedicated his award to local burns victim Christopher Nuttall, who almost lost his life in a fire which destroyed all his family’s belongings last year.

Mr Feltis instigated a fund to help the family and co-ordinated donations to help furnish their new rental property, and has been involved in numerous community projects.

ROSEDALE was awash with blue, red and white on Saturday.

Local librarian Marion Silk was named Rosedale’s citizen of the year for her extensive community work.

She couldn’t stay at the ceremony long, heading to work to open the library.

John Molden was named young citizen of the year.

He operated the sound system and even performed for locals at the Princes St festivities.

Kaysha Mallinson was named young spirit of Australia and Nicole Danks was recognised for her valuable contribution to Rosedale.

A hearty breakfast was provided, with the Briagolong and District Lions Club cooking up a storm and encouraging everyone to enjoy the special day. President Marg Armitage acknowledged the slightly lower turnout this year, pointing out that those who had attended were representing the community as a whole.

She also thanked the members of the fire-fighting and emergency services who worked hard on behalf of local communities across Gippsland and elsewhere.

Nessie Gilkes was the recipient of Briagolong’s Citizen of the Year award for 2013.

Mrs Gilkes has worked in volunteer roles for many years for the community in roles within CWA and Red Cross, also helping with community projects.

Although now retired, Mrs Gilkes continues to spend many hours knitting and crocheting trauma teddies and dolls for use in disaster situations world wide.

The community group award went to the Yarram Historical Society for the establishment of its museum at the former Murray Goulburn laboratory building, the award accepted by historical society president Melva James.

A community service award was presented to Jill Gay for more than 35 years service to Mirridong, the Devon North church and Devon North Primary School.

NEWRY Combined Churches was rewarded for its Christmas advent pageant with the Maffra Rotary Day quiet achiever’s award during the Australia Day celebrations in Maffra on Saturday.

The award was accepted by pageant lead organiser Christine Clyne.

Bush poets Margaret Adams and Don Dwyer performed during the celebrations, with Mr Dwyer reciting his poem from the Mountain Cattlemen’s get together, where he took home the Don Kneebone award for bush poetry.