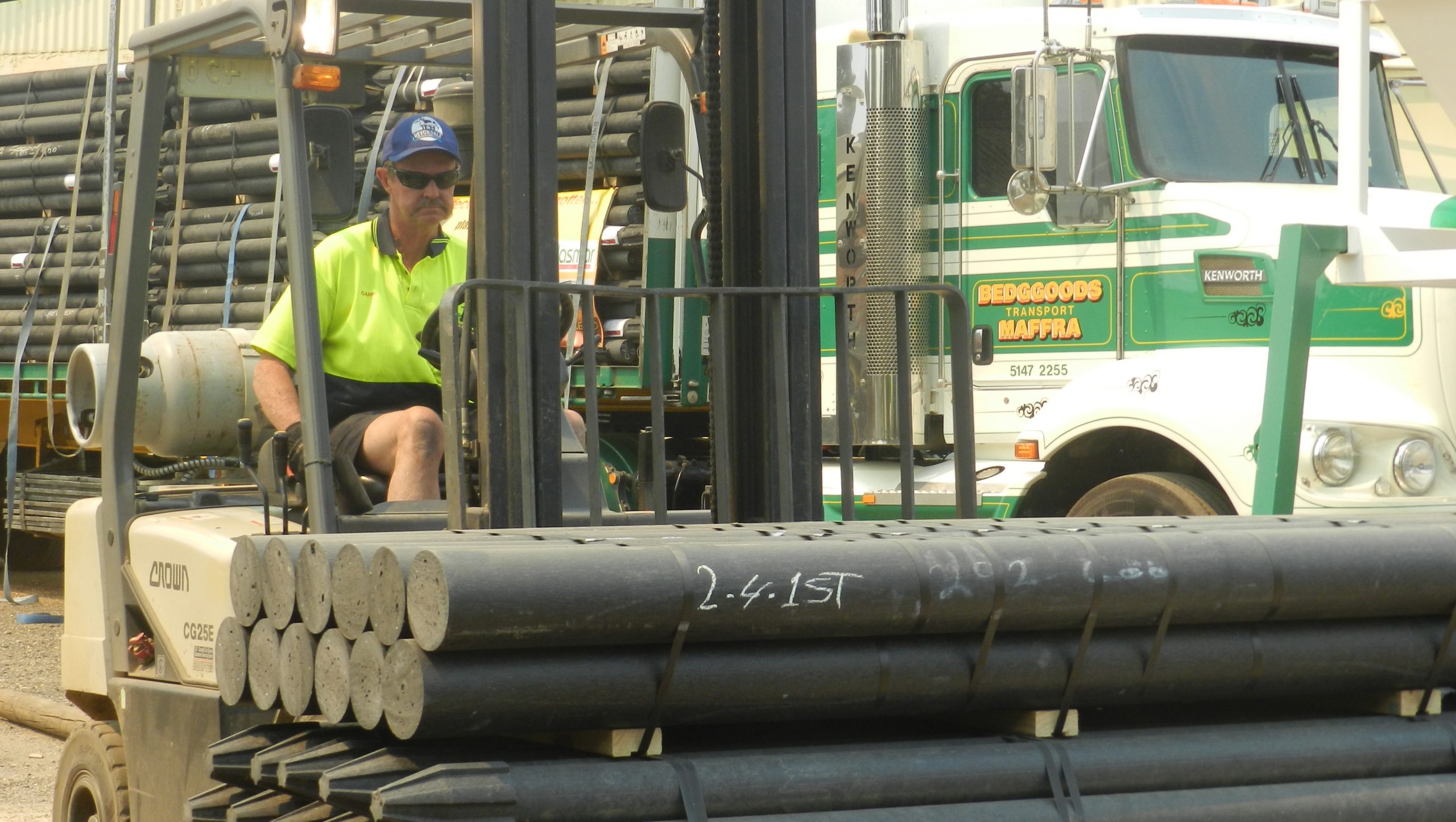 RECOVERY efforts from the Aberfeldy-Donnelly’s bushfire affected areas was given a significant boost last week with the donation of fence posts from Plasmar Industries valued at $40,000.

“Bedggood’s Transport transported them from Somerton free of charge, and the posts will be stored at Murray Goulburn ready to be distributed.

Wellington Shire Council is hosting BlazeAid,with a base camp established in Maffra.

The presence of BlazeAid will enable fire affected farmers to have their fences rapidly rebuilt in areas including Seaton, Glenmaggie and Coongulla.

Working alongside the affected farmers, BlazeAid volunteers help to rebuild fences which have been damaged or destroyed.

BlazeAid started after the Black Saturday fires when a group of friends decided to help Kilmore East farmer and BlazeAid founder Kevin Butler, who had lost five kilometres of fencing.

It is a volunteer-based organisation which works with farmers and families in rural Australia after natural disasters such as fires and floods.

“We want to try and walk away putting smiles on faces,” Mr Guild said.

“The people out at Seaton are a bit shell shocked and there is a good feeling about the whole job.

“We want to get farms back up and viable.”

“BlazeAid runs on donations; all tools are donated and everyone is a volunteer,” he said.

“Fences are a critical first step in seeing the land returning to its productive capacity again,” he said.

“The rebuilding effort is also an essential part of bolstering the farming families’ peace of mind, confidence and financial security into the future.”

Anyone interested in becoming a volunteer should visit the BlazeAid website www.blazeaid.com to join the Maffra base camp.

In the meantime, people wanting to support the BlazeAid effort can donate fencing equipment, tools or much-needed funds via the website.