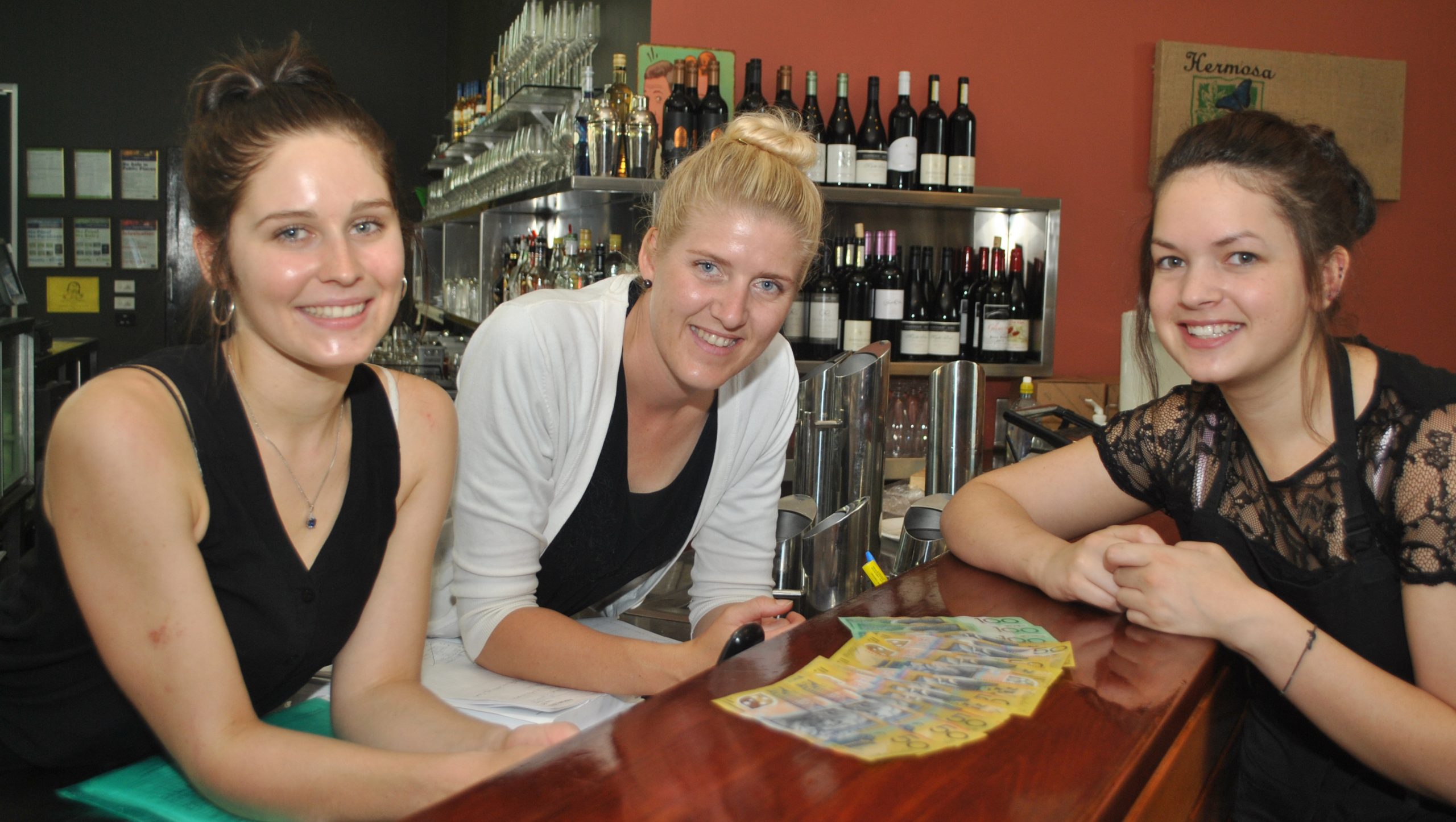 HOSPITALITY service staff at Equus, Sale have donated a month’s worth of tips to the Gippsland bushfire appeal.

Manager Karen Kiefer said, “Pretty much the day after the bushfire happened we put a sign on the tip jar.”

“Usually we save the money and at the end of the year get the staff massage vouchers or take them out to dinner,” she said.

She said the staff were inspired to donate after one of Equus’ employees discovered one of the hairdressers at Ministry of Hair, where she got her hair done, had lost her house.

Mrs Kiefer said the staff came together to get the woman a $100 Coles Myer voucher, to help her out.

“That is what started the idea to save tips,” she said.

“We have managed to accumulate $1000, which I think is a pretty decent amount to have raised.”

Equus owner Anne Gumpold said the idea originated from the staff, that she had nothing to do with it.

“I think it is incredible that they’ve donated all of their tips,” she said.

“The generosity of spirit is just amazing from the staff,” she added, “It’s blown me out of the water.”

According to Ms Gumpold this wasn’t the first time staff had donated their tips to a local cause.

Mrs Kiefer said they did something similar after the floods last year.

“People have been very generous,” she said, “It has been very rare for people to keep handfuls of shrapnel, nearly all the time it went in.”

She said the staff received more tips than they normally would as people realised it was going to a good cause, and was going to help out locals. Mrs Kiefer gave the money to the appeal at the Sale NAB on Thursday afternoon.