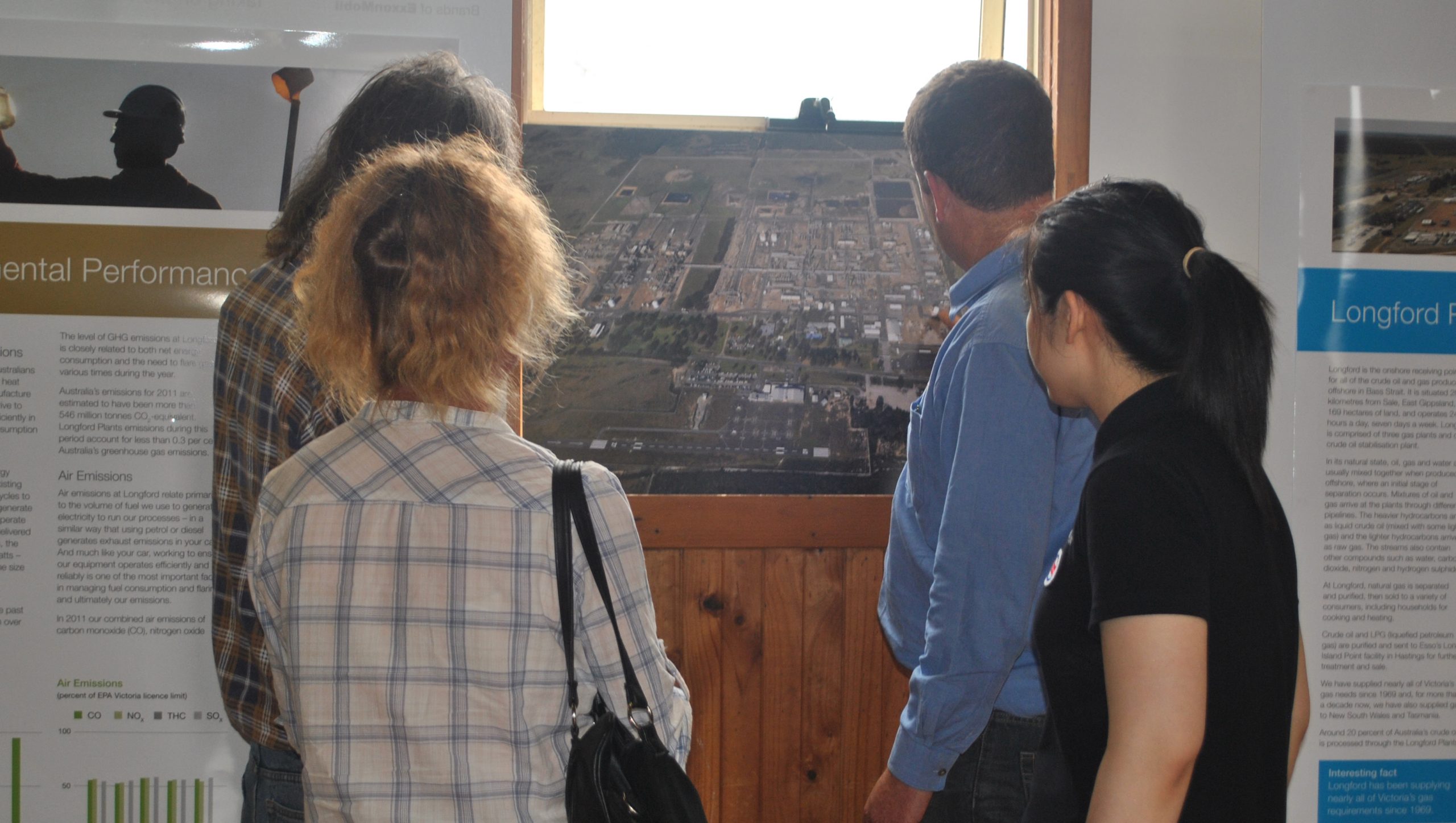 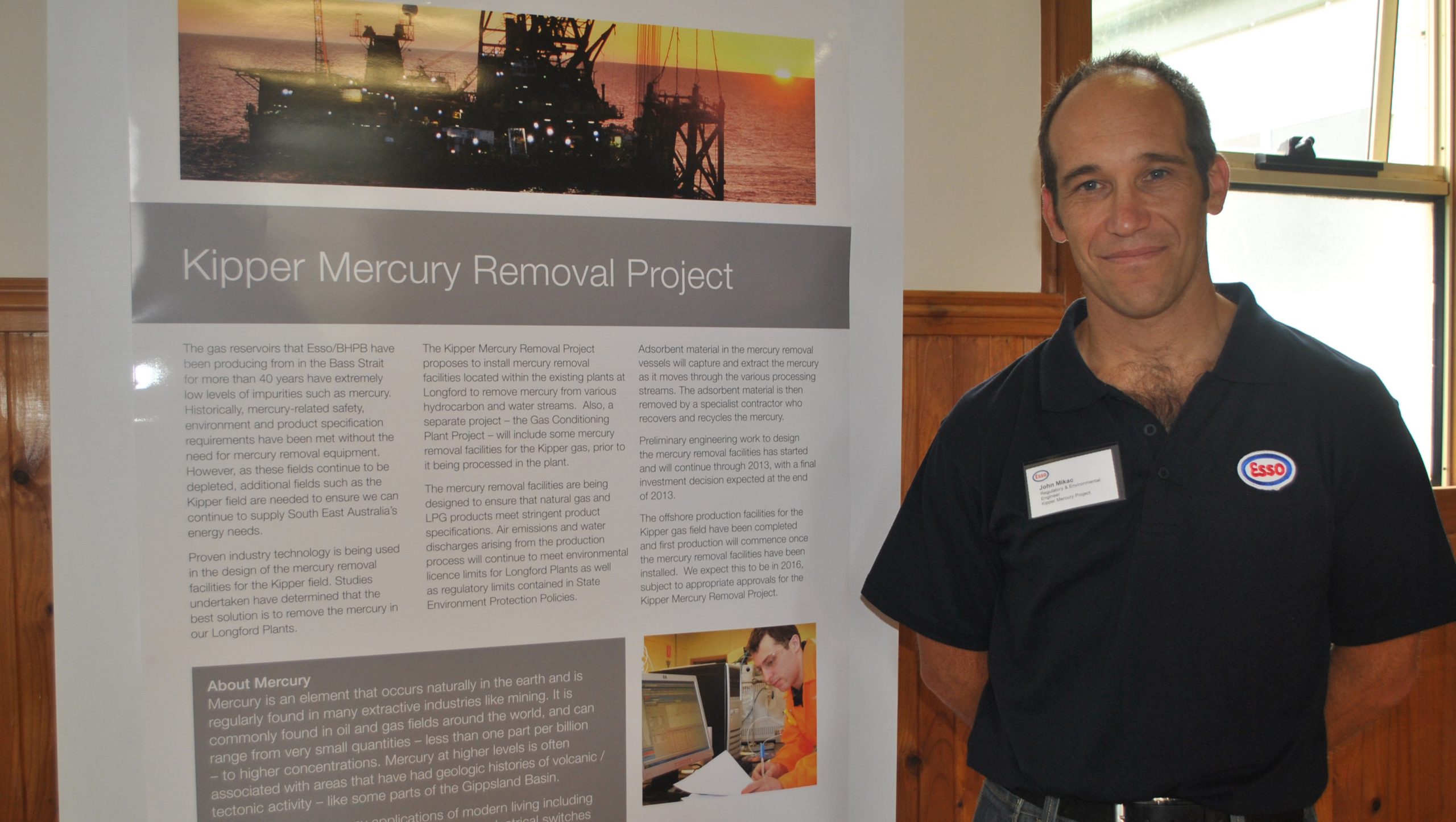 BETWEEN 40 and 50 people turned out to the Longford Plants community information session at Longford, last Thursday, February 21, crowding into the muggy hall.

It was difficult to hear the person standing next to you as voices, and footsteps, reverberated around the room.

The information session was designed as a means of informing the community about Esso’s new gas treatment plant project announced at Christmas and other project developments in the region.

“We are in the process of investing $1 billion in this new plant and it is going to set us up for the next few years to be able to continue to supply gas to Victoria and interstate as well,” Mr Welberry said.

He described the project as an important investment for the area.

“Over the next few years it is probably going to be one of the biggest construction projects in the state, and it’s right here in Gippsland, we’re very proud of that, we’re very proud we’re continuing to invest in the area.”

“It’s important as one of the biggest employers in the area that we continue to invest in business to provide employment and to provide the energy the state is going to need.”

Mr Welberry said construction on the plant was planned for the second half of the year and would employ 250 people.

While the project was still going through the EPA approval process and public consultation, Mr Welberry said some early site preparation was taking place.

The information session also acted as a chance for the community to meet Longford Plants new manager Monte Olson who has been in town for a month.

“My wife and I have moved into the Wurruk area,” he said, explaining that he had so far met a handful of neighbours and hoped to meet more of the community in coming months.

Mr Olson said the information session was a great way for him to get to know the community, and get in touch with some of their concerns.

“It’s an introduction for myself,” he said.

One of the first community members to arrive, Madeleine Evans, Loch Sport, said the information session was very helpful.

She said the representatives from Esso were very pleasant and were more than happy to answer her questions and help people out.

Mrs Evans said gas was a big issue in Loch Sport as it wasn’t very viable meaning people had to buy expensive gas bottles in order to use the resource.

She said this was a concern for pensioners.

He said, as a farmer, he was concerned about the possibility of CSG fracking licences, and wanted to know more about the company’s issues with flaring.

Mr Wangman said he wanted to see some form of independent testing into the health and environmental affects of mining in the area.

He said he didn’t believe Esso could separate its commercial interest in the project to provide unbiased research.