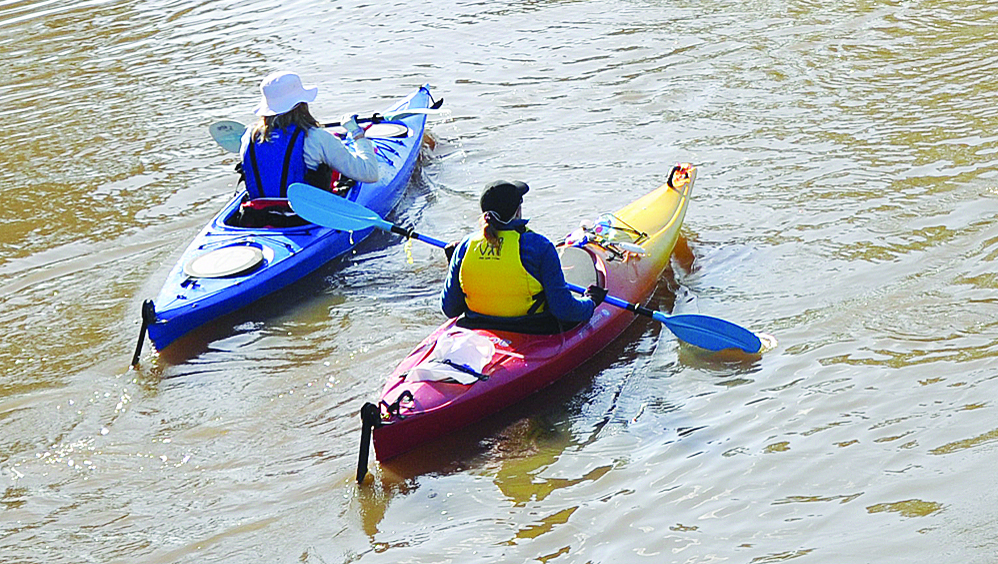 THE third annual Sale to Sea paddle will begin from the Port of Sale on Wednesday, with the event having already raised $35,000 to date this year.

Event co-ordinator Andrew Bedggood said the concept, which has raised more than $85,000 since its inception in 2009, would follow a similar path to last year’s event.

“We will be starting at 8am (tomorrow) from the Port of Sale at the Kayak Club, between the two rowing sheds, as it is more disabled friendly than the boat ramp” Mr Bedggood said.

“We will be heading to Seacombe for the first night then on to Paynesville.

“(Gippsland MHR) Darren Chester said he will probably be back from parliament in Canberra on time for Friday and will join us for the Paynesville to Metung leg, then it is on to Lakes (Entrance).”

Mr Bedggood said the aim was to support local causes this year, with the all abilities playground in Bairnsdale and Sale Specialist School earmarked as potential beneficiaries.

He said the Sale to Sea would cater for all abilities, with people from all walks of life set to participate.

“If Lake Wellington is looking too rough, we will turn around and paddle back to Sale to bus it to Seacombe,” Mr Bedggood said.

“There’s nothing in the rule book that says you can’t; I have been on Lake Wellington at its roughest and I wouldn’t take inexperienced people over.

“A police team has risen to the challenge they have an inspector coming down from Melbourne and three local members and we have a …. reporter joining us for two days.

“The medical side of things is covered with retired paramedics and critical care nurses; they will be participating.”

Mr Bedggood said he was surprised at how much the concept had grown, with an increase in disabled paddlers this year.

“We have a double amputee from Bairnsdale, one of two paddlers aged 72.

“He has ridden the length of New Zealand and has done all that sort of fundraising and will be joined by his mate who supports him on these things.

“They have never been in a kayak before.

“We now also have a huge corporate interest.”

While registrations for the event are now closed because of insurance deadlines, Mr Bedggood said anyone willing to help would be welcomed.

“Support crews, we are always looking for them,” he said.

“Most people are looking out for themselves (with support crew), and we have a truck …. to cart gear for people who need it.

“George Gray and the Five Star Project will be catering on the opening day, which is in line with our vision and aim of supporting the cause.

“But people who want to donate their time with a support boat or ferrying people’s vehicles to Paynesville or Lakes (Entrance) would be welcome to.”

Mr Bedgood said he was considering obtaining the services of people in events management to help organise a 2014 Sale to Sea.

“Otherwise it might just fall by the wayside,” he said.