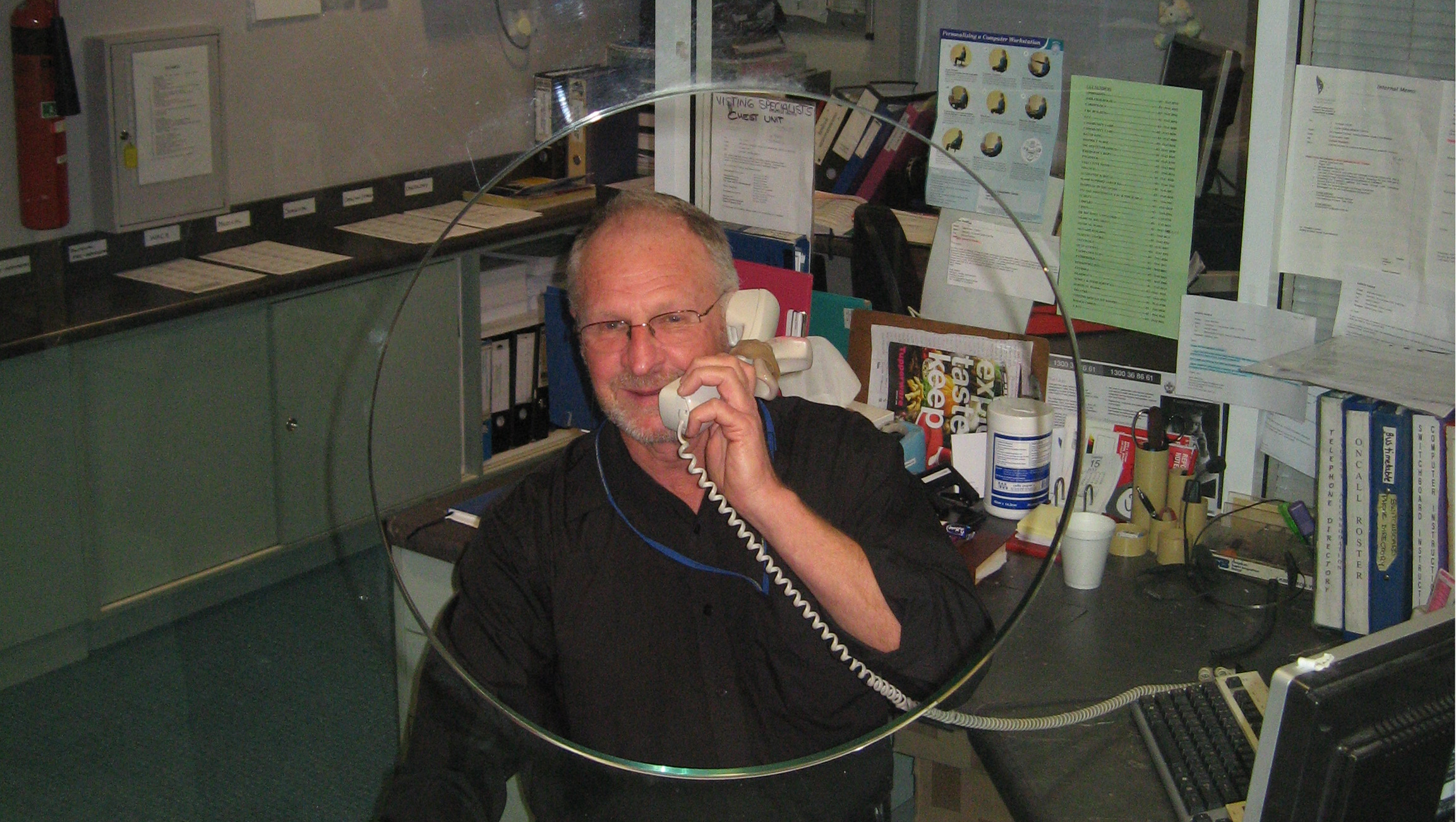 ONE of the most recognisable voices at the Central Gippsland Health Service, Sale, has left the building after 27 years on the job.

Roel Karst has worked on switchboard full time since 1986, though he started out on a temporary basis.

Moving from the city in 1984 to provide a better lifestyle for his children, Roel spent his first three weeks in the area walking the streets in search of a job.

He took on a temporary office role in the finance department, then left for a little time before returning to the health service as a courier in 1986.

“Sometimes things would be a bit quiet in the courier area so I would pop around and help on the switch during some of the breaks,” he said.

“There was a role on the night switch that came up so I took it and have been here working reception ever since.”

Since changing to reception he has answered the telephone, sent out medical calls and other warnings within the building and greeted patients and visitors at the front desk in his own inimitable style.

According to Roel, there have been some obvious changes in technology during that time.

“When I started it was a dial up phone system, now it’s a bit more sophisticated,” he said.

When asked what has been the best part of his long career, he said it was always the people.