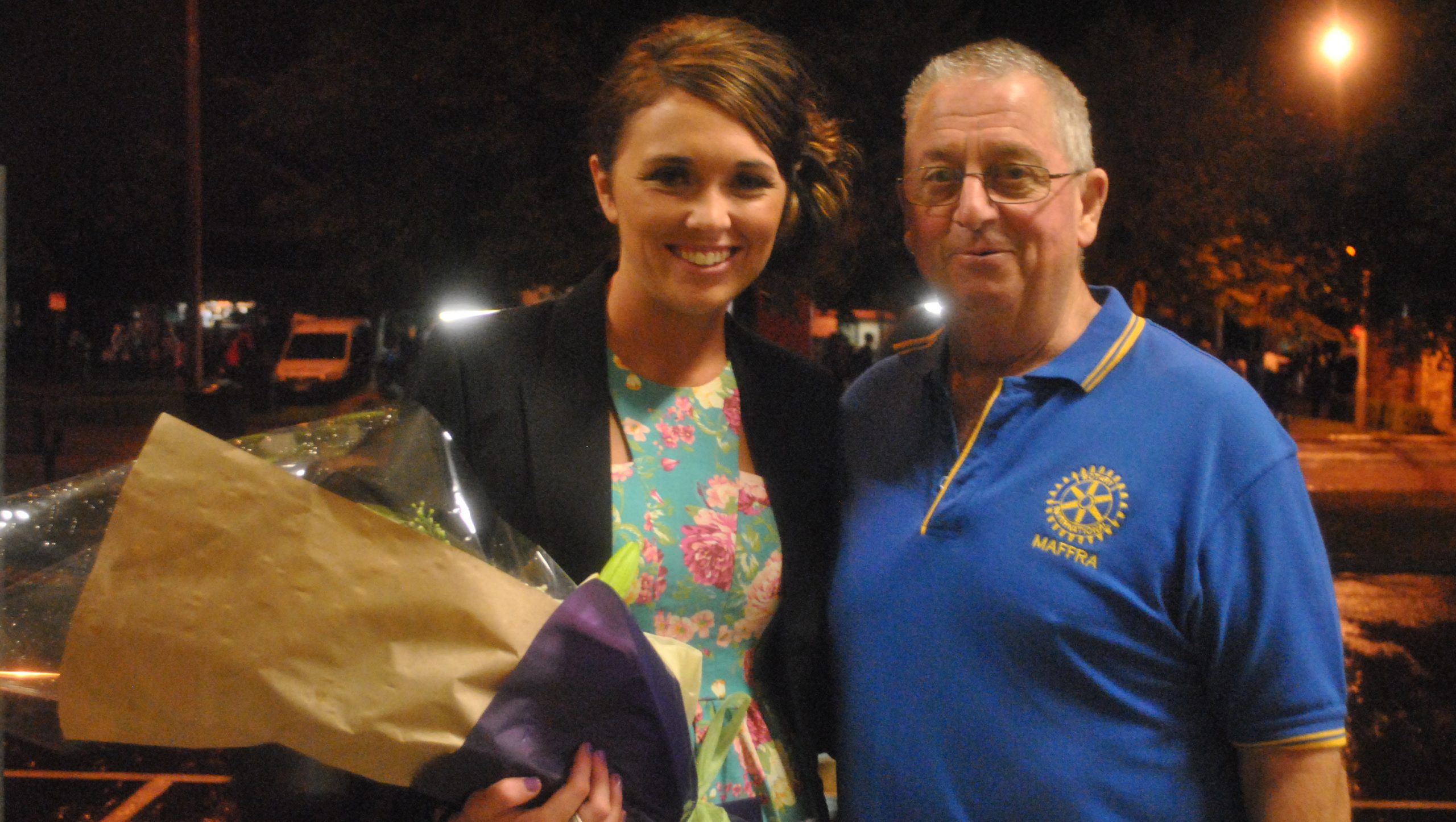 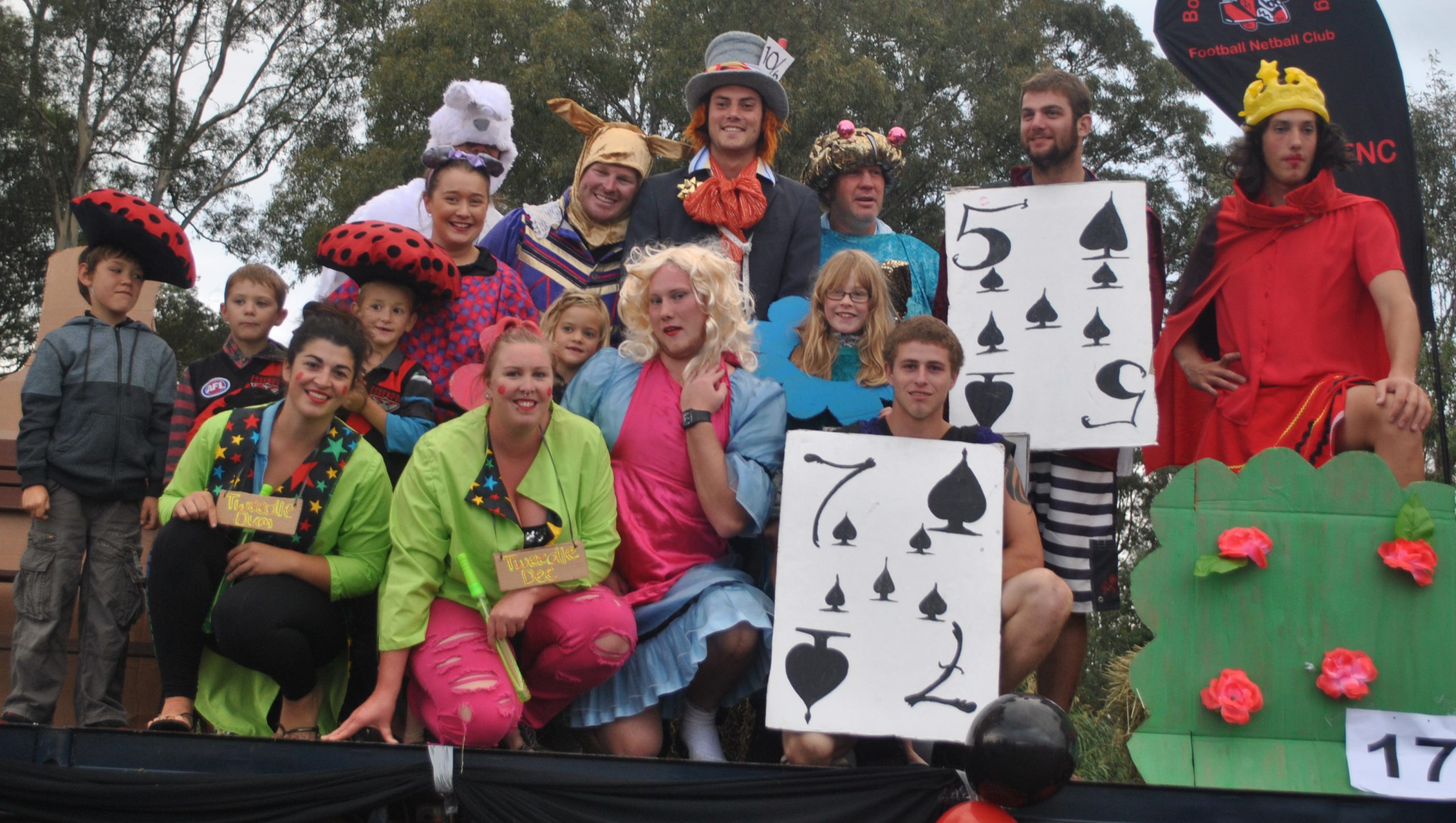 In her thank-you speech, Ms Cameron thanked the families and businesses who contributed their time, effort, and goods in aid of the group’s fundraising efforts, saying it never expected to raise so much money.

In keeping with the event’s theme of nursery rhymes and fairytales club members dressed up as characters from Alice in Wonderland, with more than a few blokes donning frocks for the occasion.

Sale Neighbourhood House received a trophy for best community float, coming in at fourth overall with $16,285.13 raised, outdone by Maffra Football-Netball Club with a total of $33,925.82.

And Maffra and District Landcare and Rail Trail trailed into sixth with $1830.05.

For the most part the rain managed to hold off, drizzling slightly in the afternoon and at the end of the parade, getting heavier as the winners were announced.

Some stall holders took the warning early, fleeing to higher ground when the weather first began to turn.

Band, The Nigellas played a good dose of country tunes, favouring Irish numbers in the lead up to St Patrick’s Day on Sunday, as families enjoyed the sideshows and sausage sizzle.