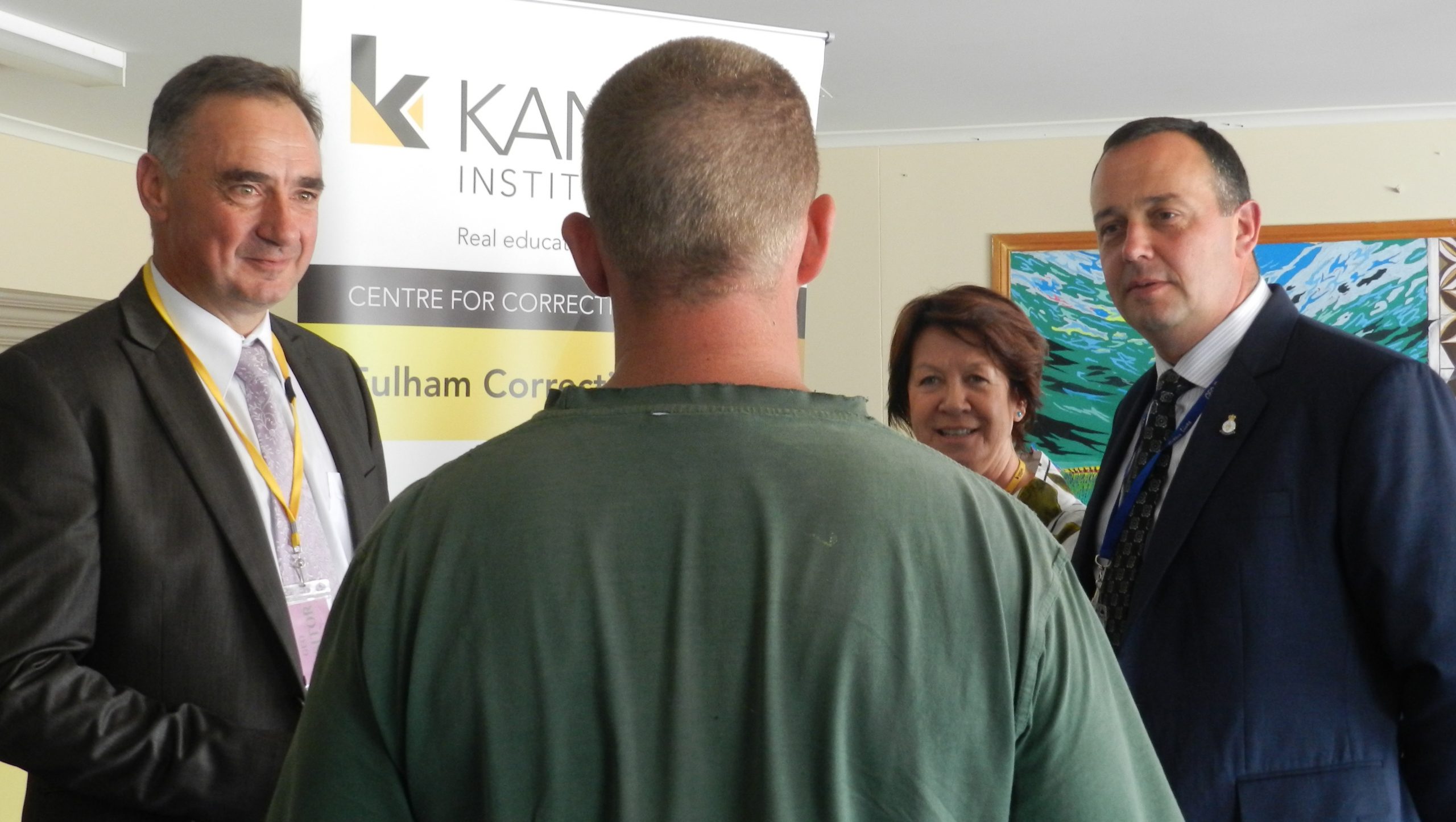 THE second cohort of TAFE students at Fulham Correctional Centre graduated on Wednesday.

Inmates graduated from courses including certificates two in automotive studies and furniture making.

Of about 800 inmates at Fulham, almost half are involved in education with Kangan TAFE, enrolled in courses such as English, maths, general education, engineering, automotive, furniture-making and horticulture.

A small number of inmates are undertaking bachelor degrees.

Family members of some of the students were present at the graduation ceremony to share the occasion, and Fulham Correctional Centre senior education officer Phil Maynes said it was anticipated that the number of inmates graduating from courses would increase in the future because of the large numbers now involved in education.

He said while Fulham Correctional Centre had a high turnover of prisoners, it was important to get them involved in the program.

“Corrections Victoria has TAFE colleges operating in all prisons and correctional centres in Victoria, offering a wide variety of educational courses and options for prisoners,” Mr Maynes said.

“It is recognised worldwide that education is a key factor in the rehabilitation of prisoners and in preventing recidivism.”

Kangan TAFE applied for and gained the contract to provide TAFE courses at Fulham and commercial classes at the correctional centre in July last year.