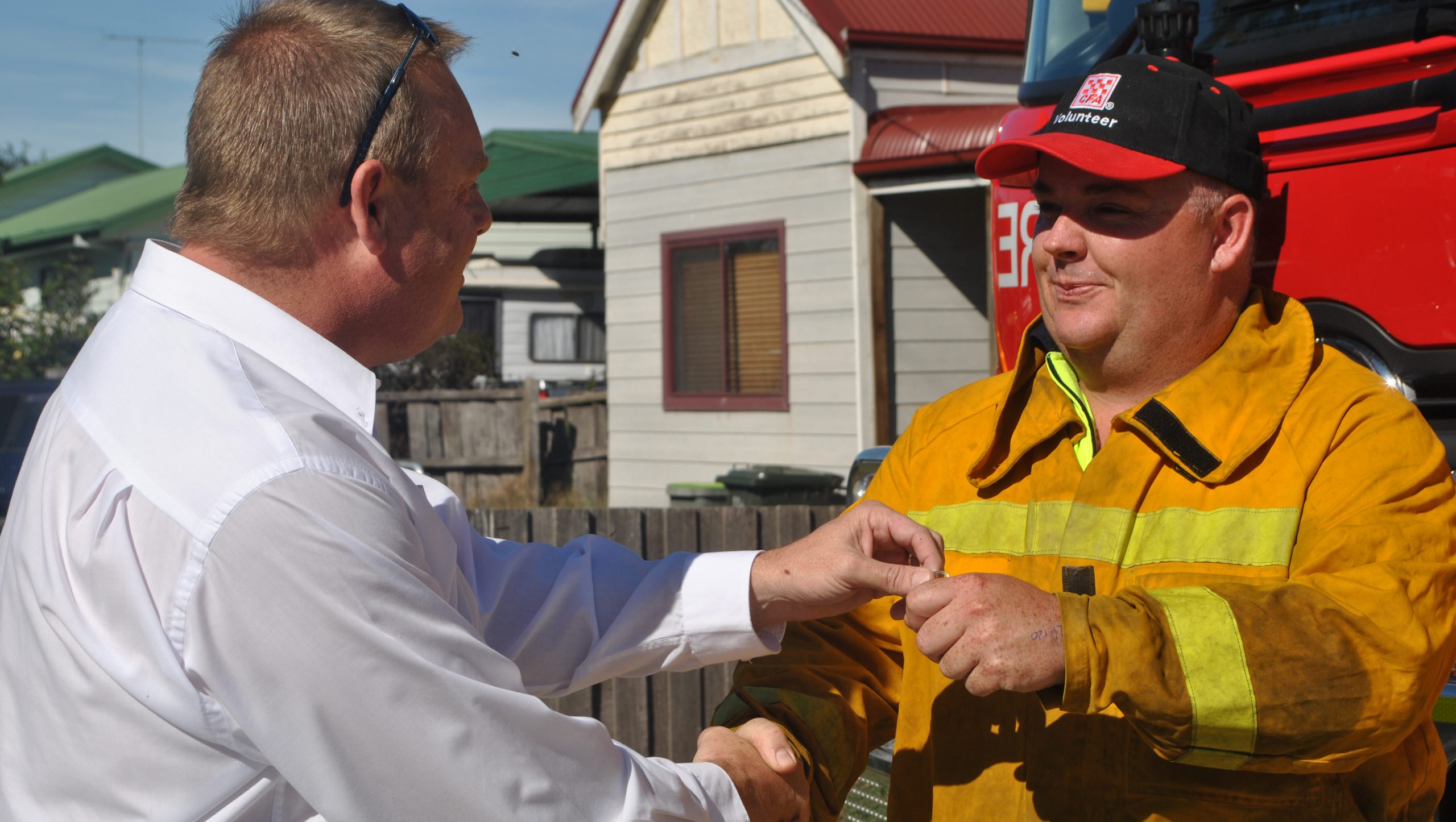 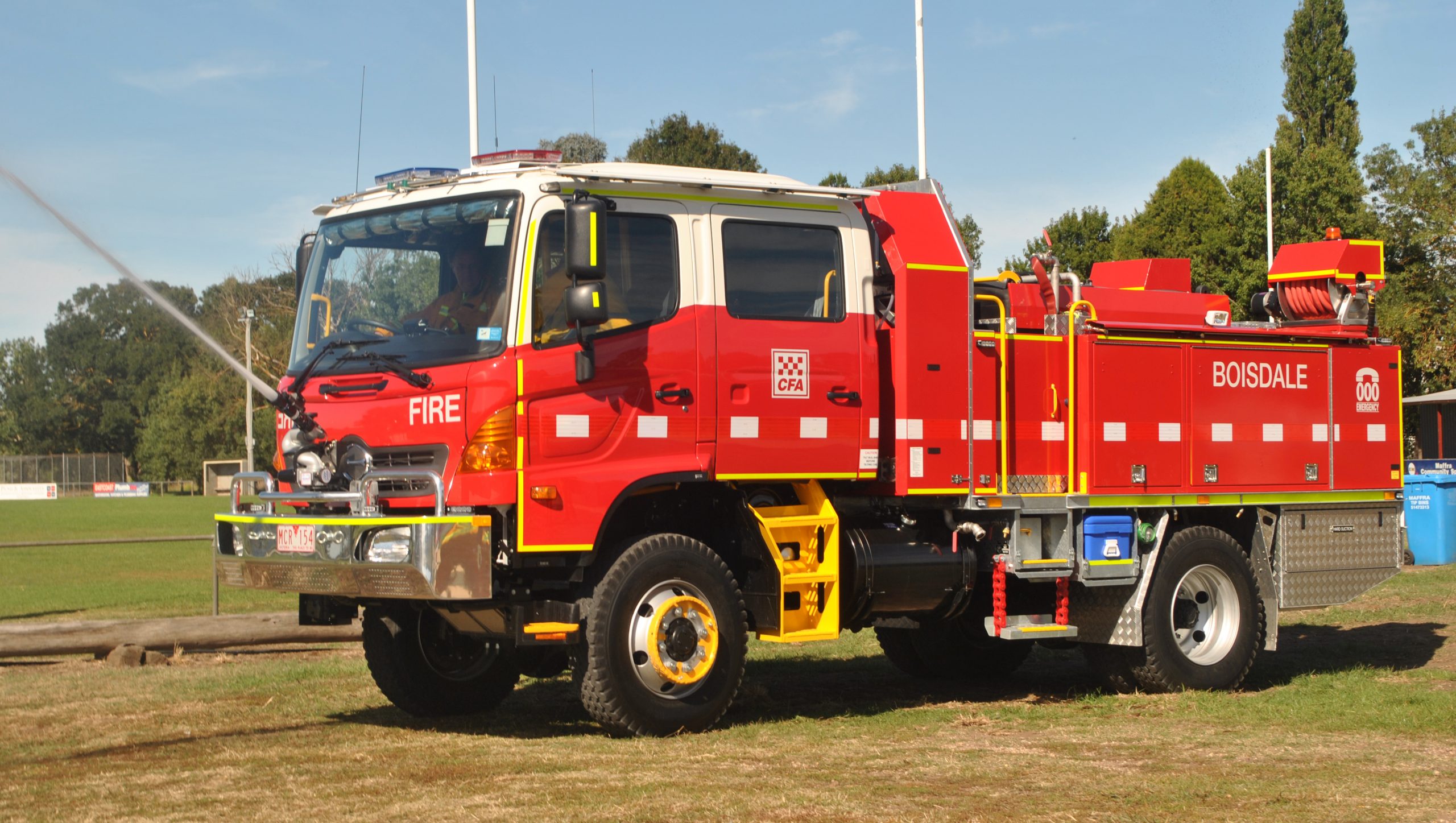 TWENTY years ago, Boisdale Fire Brigade received a new tanker with then captain Philip Sim on hand to receive it.

Mr Sim was again on hand for the arrival of its replacement last Wednesday, a $360,000 medium tanker.

Gippsland East MLA Tim Bull handed over the keys to Mr Sim’s son and present captain of the brigade, Mathew.

Mr Bull said the new tanker was a welcome addition to the brigade and was one of many new fire vehicles delivered across the region of recent times.

He said the new medium tanker was the first of 12 in the Gippsland area that would be delivered into service during the next 12 months.

“It is great to be able to celebrate today’s milestone with a new tanker that will replace one which has given service for two decades to the Boisdale community,” Mr Bull said.

Mathew Sim said the tanker had many new features that would equip members with cutting edge technology, allowing them to fight fires more efficiently and safely.

“The new tanker is fitted with a water saving very high pressure fire fighting hose line, a full emergency crew protection system, as well as a remote controlled water monitor on the front bumper that can have a very fast knock down effect on a running grass fire,” he said.

“The monitor, controlled safely from within the cabin, can quickly direct water or foam over 30 metres away.”

He said the brigade has recently been busy fighting local fires as well as training on the new tanker.

The tanker was funded through the CFA’s medium tanker replacement program which will result in 74 new tankers being delivered state-wide.