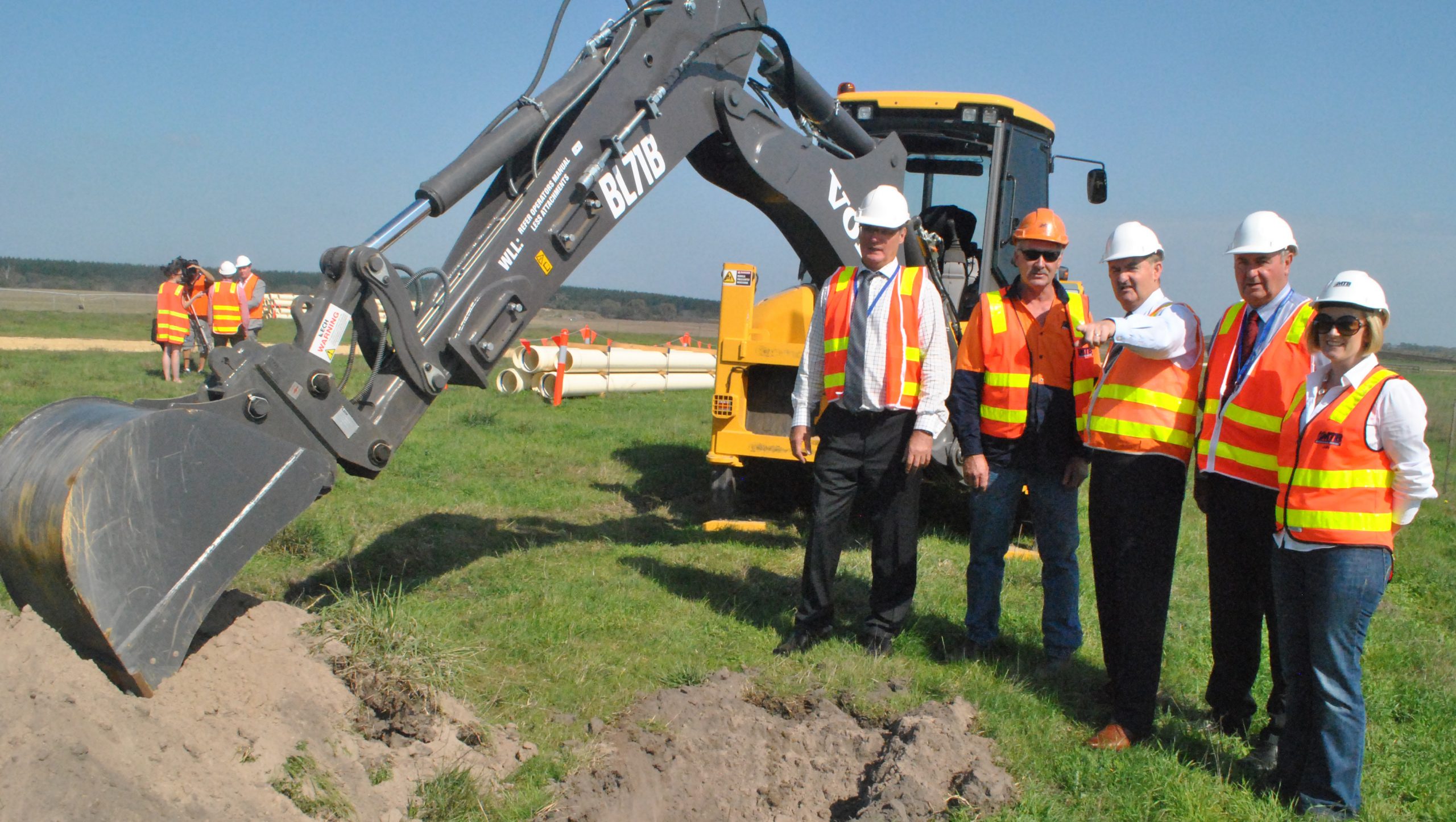 LOCH Sport has moved one step closer to having a reticulated sewerage system, with the first hole in the $40.3 million project dug on Friday.

As back hoe operator Tim O’Brien lowered the scoop into the ground and lifted out a mound of earth, the group of onlookers, led by Deputy Premier and Gippsland South MLA Peter Ryan, broke into applause.

The project will result in more than 1500 residences connected to reticulated sewerage when it is completed in 2015, forsaking their existing septic tank systems.

More than 30km of piping will be used.

“It is a long time coming for the people of Loch Sport, indeed decades,” Mr Ryan said of the conception, investigation and planing stages of the project.

“This (project) is going to have a profoundly beneficial impact on the town.”

“The project will provide significant benefits for Loch Sport residents, as well as the Gippsland Lakes and its users,” Mr Ryan said, highlighting community concerns about the public health and environmental risks of having more than 1500 septic tanks situated on small sandy blocks beside Lake Wellington.

“This can only be a good thing for everyone who enjoys fishing, swimming and boating in the iconic Gippsland Lakes,” he added.

Loch Sport is the third community in the Wellington Shire to be connected to reticulated sewerage by Gippsland Water through the state government’s Country Towns Water Supply and Sewerage Program, alongside Seaspray and Coongulla-Glenmaggie.

As part of the program, the government contributed $9.2 million towards the planning phase of the Loch Sport project, with the remainder provided by Gippsland Water.