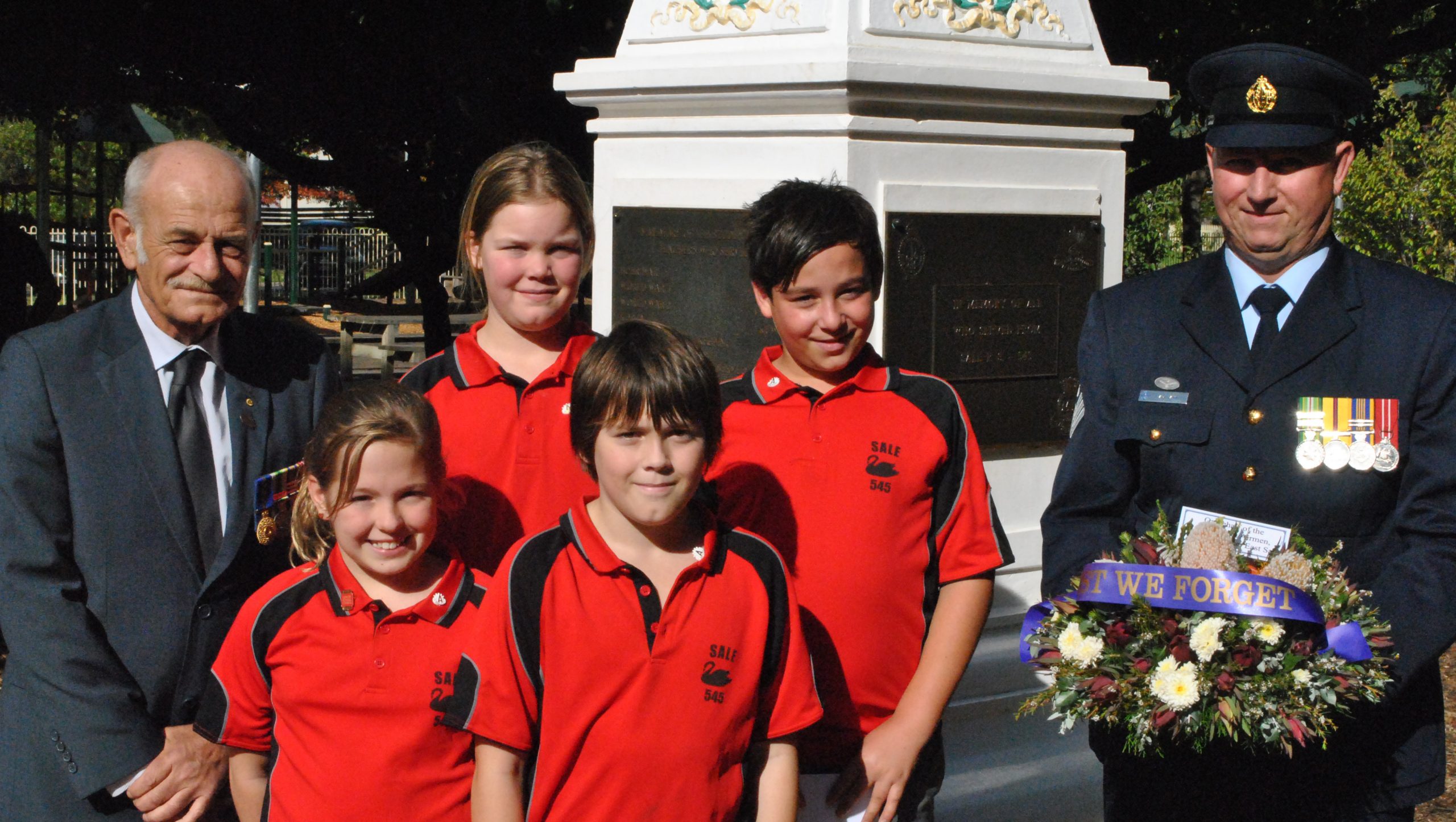 ‘LEST we forget’ sang the choirs of Sale 545 Primary School as the students commemorated Anzac Day in a special ceremony at the school on Wednesday.

In stark contrast to the bloody battles of the First World War and the horrors faced by diggers at Gallipoli, the soft voices of the children elevated the song, and the Anzac story to its new place in the nation’s collective consciousness.

Their red uniforms acting as a reminder of the blood that was lost during some defining moments of Australia’s history.

While addressing students before the ceremony, teachers reflected that the school’s traditional observance of the national day had grown in past few years.

This holds with the way in which the Anzac legend has swollen to become fundamental to Australia’s national identity.

The visiting duo assisted students in a flag raising ceremony and laying a wreath, and flowers at the school’s cenotaph.

With the utmost respect and reverence even the youngest of students paid a minute’s silence to soldiers who lost their lives.