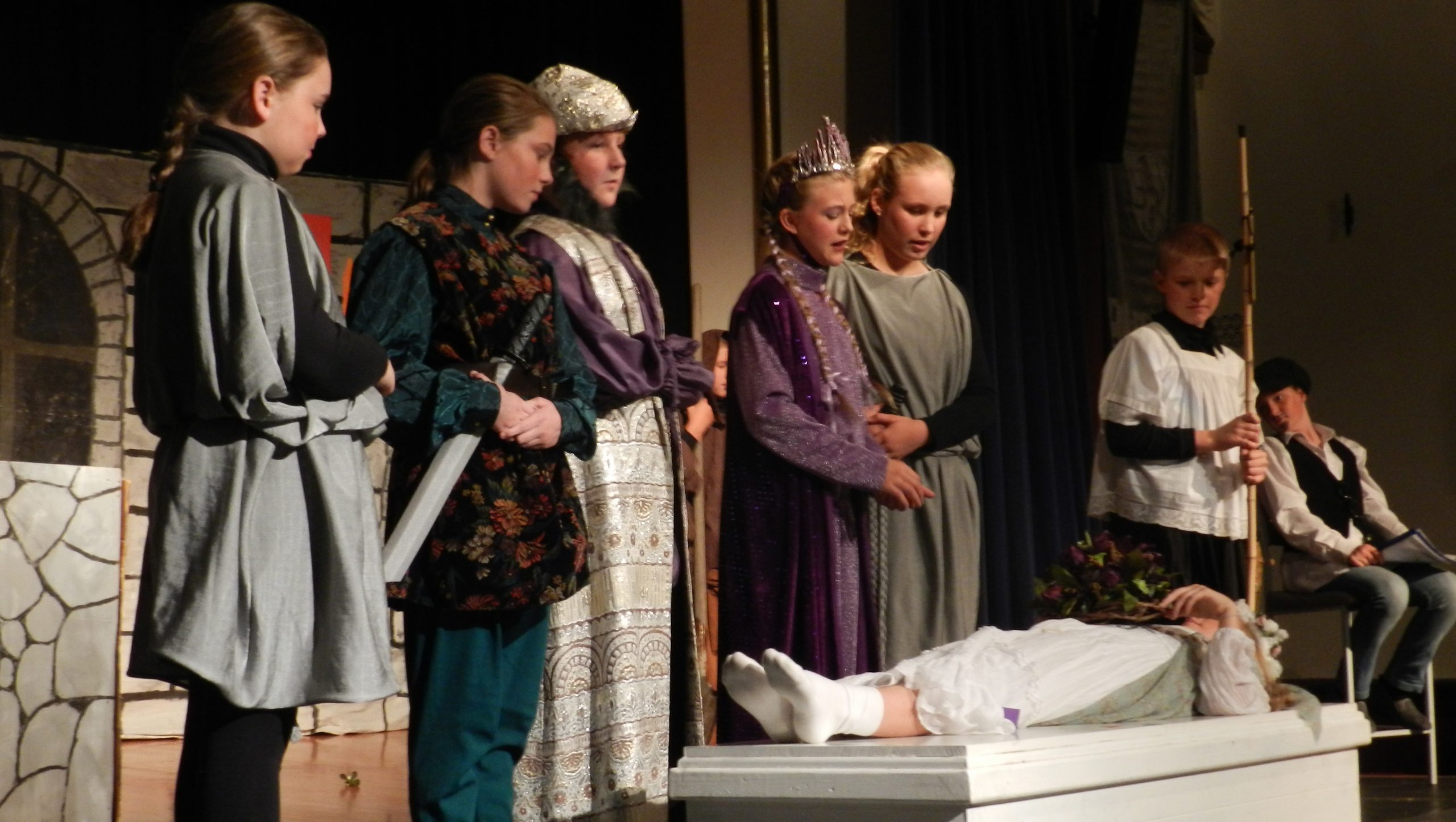 Festival opening between acts of mayhem

STUDENTS from Stratford Primary and St Patrick’s Primary School, combined to open Stratford’s Shakespeare on the River Festival with a performance of Hamlet with a difference this week.

Students worked Taylor Swift, Eminem and Guy Sebastian into the soundtrack for their performance, which was performed in front of a packed Stratford Mechanics Hall on Wednesday.

The annual Shakespeare on the River Festival has been running in April-May for the past 22 years, and celebrates the anniversary of both the birth and death of William Shakespeare.

The focus for the 2013 festival will be on “the basic essence of Shakespeare” and the strength of community, and will also include a community play Hamlet.

Other performers will include Griffith and Regional Association of the Performing Arts, performing Richard III, and Courthouse Kids who will perform The Tempest.

The festival will conclude with the annual Avon Village Faire day and market.

In 1989, Neale Warrington, from the Australian Shakespeare Company and the former Shire of Avon, initiated discussions on how a Festival could build on the village name of Stratford and its links to William Shakespeare

To further shape the festival, a committee was formed under the chairmanship of Shire President Denise Stothers, Secretary George Brayshaw and other local identities.

The first festival was held in 1991 presenting a Midsummer Nights Dream by a local theatre group and the Twelfth Night by the Australian Shakespeare Company under the direction of Neale Warrington.

The Australian Shakespeare Company returned in 1992 and 1994 bringing King Lear and Hamlet to Stratford.

During these early years, the festival consisted of this performance over three nights and two days.

In 1995, the committee reformed as the Stratford on Avon Shakespeare Association with the aim to have a more community orientated approach to the Festival.

Under the new chairman, former shire president Janice Jones and secretary Sheila Malady, the festival included a community presentation directed by Clifton Kline and developed the concept of a Village Fair.

The Festival has grown to include more than 20 different events being performed over a two-and-a-half week period.