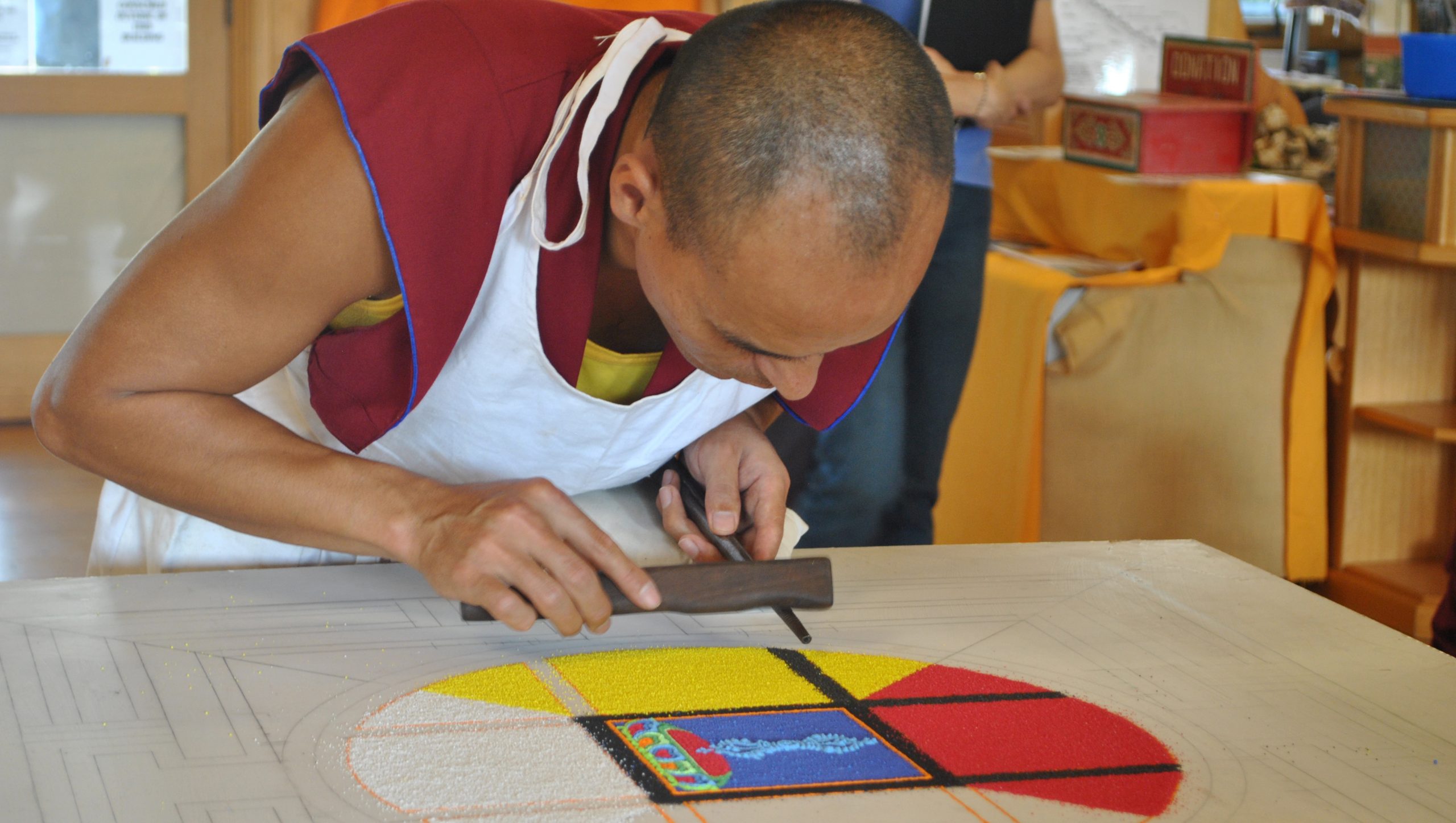 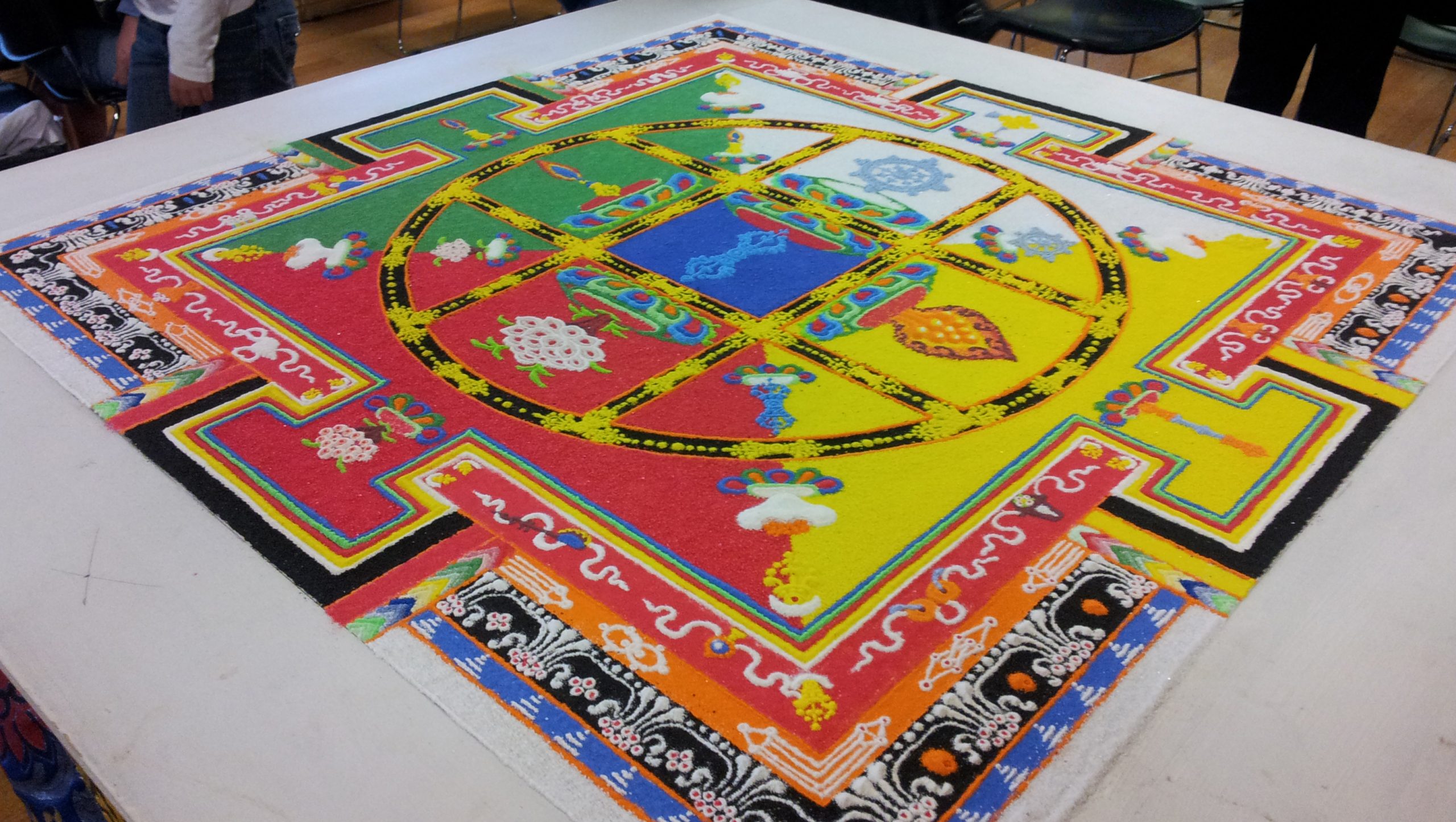 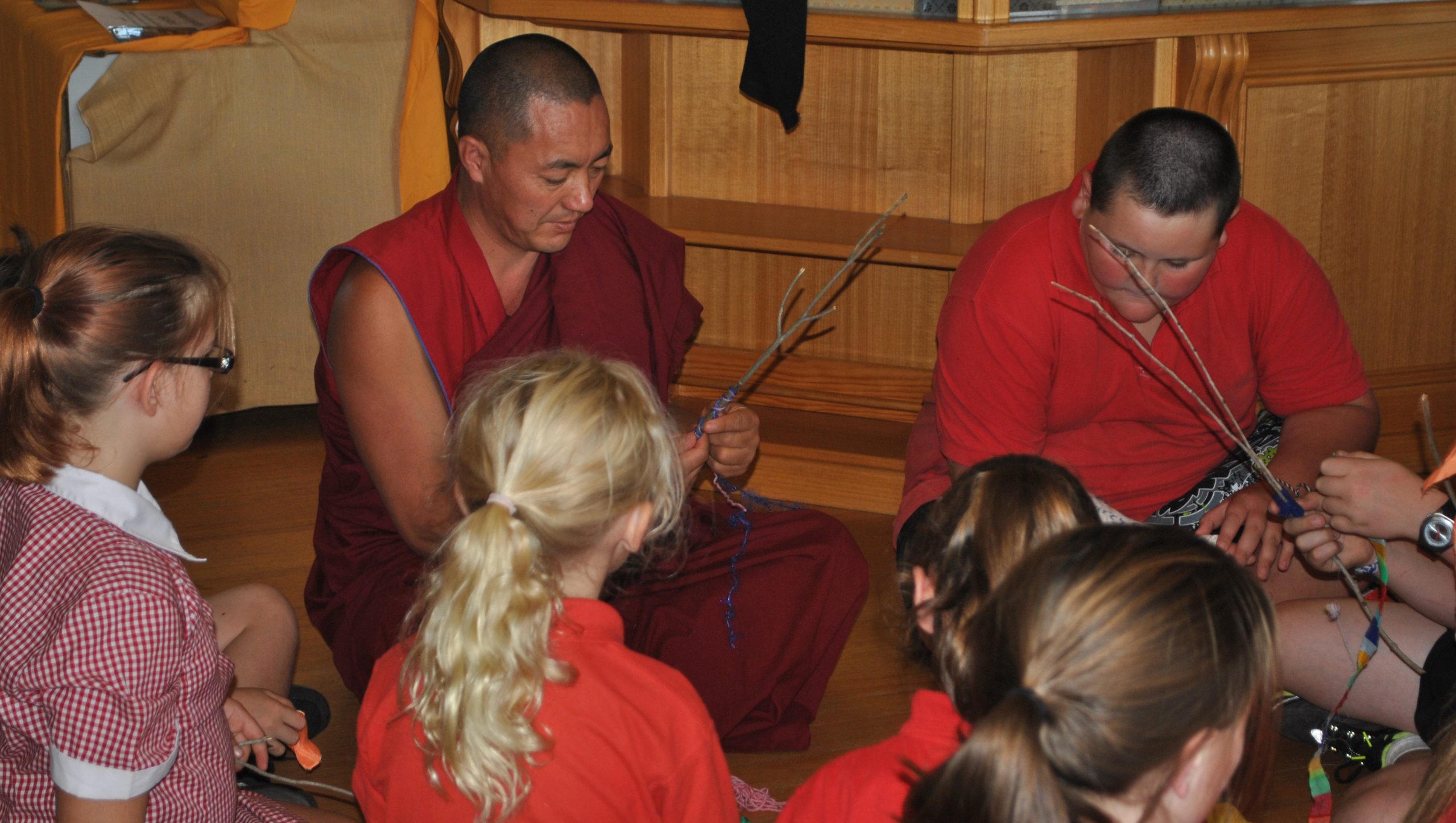 IT took visiting Tibetan Gyuto Monks three days and much patience and precision to create a vibrant sand mandala when they visited the Heyfield Wetlands Centre at the weekend.

The chosen mandala, the Sand Mandala of Yamantaka, protector of life, was dispersed at a dissolution ceremony late Sunday afternoon.

During the monks stay a number of locals made their way to the Heyfield Community Resource Centre to listen to the monks speak on meditation and positive thinking techniques.

For all but one of the monks it was the first time they had left the monastery, and a first for all to travel to Australia.

Many of the monks’ lessons centred on contemporary issues faced by students such as bullying, social media and obesity.

“The secondary kids in the morning, there were about 40 of them, didn’t blink or move for three quarters of an hour,” Mrs Bryer said.

The primary students too seemed to be held in a trance, asking many insightful questions of the monks.

Students asked the monks if they had ever broken the rules, if they all wore the same uniform and what the colour of their robes meant.

In response the monks informed students their religion was about aspiring and working towards being a better person, with one of the monks providing an example of ‘rule breaking’ where he was tempted by a sweet dessert.

They said all monks wore robes of the same colour, maroon for everyday wear and yellow for prayer.

The reason they wore those colours, the monks said, was because when Buddha fled his princely life he shed his noble robes and, in a cemetery wrapped himself in the robes befitting a corps, maroon being considered a morbid colour in parts of Asia.

In donning such robes, the monks interpreter explained, Buddha decided the opinions of others didn’t matter, determining that in order to be happy, he had to find peace within himself.

To end the lecture the monks broke into small groups assisting students in the construction of peace trees, by decorating tree branches in colourful paper, ribbon and cloth.

On Saturday the monks held a special harmonic chanting performance, with half the proceeds of tickets going to the bushfire appeal.