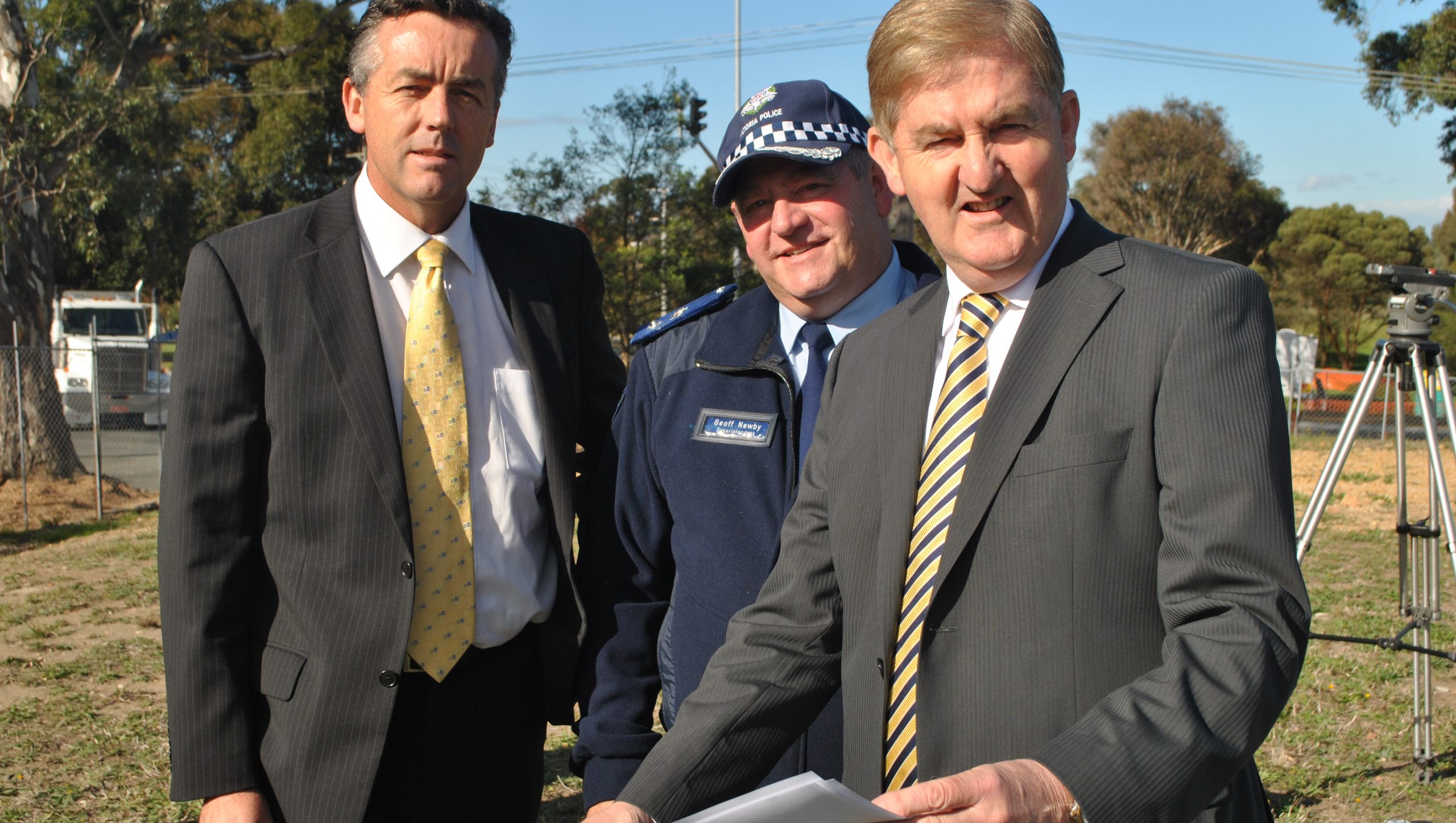 THE former prison site on the corner of Foster and Reeve Sts will be home to Sale’s new 24-hour police station, with the State Government today announcing it would provide $15.3 million to complete the project through this year’s Budget.

Deputy Premier and Gippsland South MLA Peter Ryan announced the funding for the project on behalf of Minister for Police and Emergency Services Kim Wells, saying it would allow for the construction of the new station to be completed.

“I am pleased to announce the Coalition Government is delivering on its commitment to address concerns raised by the community about the old, out-dated and overcrowded police station,” Mr Ryan said.

“The new station will initially accommodate 63 police personnel, but the design includes substantial growth capacity to allow for an expansion in police numbers,” he said.

“This new station is underpinned by our commitment to deliver an additional 1700 police to Victorian streets in our first term of government.

“By June this year, 1200 additional police will be allocated to their communities as part of this commitment and Victoria Police is on track to deliver the remainder by November 2014.

“As part of this, an additional 25 police officers will be deployed to Division Six of Eastern Region by June, which includes both the Wellington and East Gippsland Police Service Areas.”

Mr Ryan said in order to support the local police officers to carry out their duties, the new building would feature:

• mess room and other staff amenities including change rooms and a gymnasium;

• conference and training room facilities that can be adopted for emergency situation management purposes;

Mr Ryan said the remaining portion of the former prison wall would be incorporated into the design of the new building, providing a fitting reminder of the history of the site, which housed inmates for 110 years after being completed in 1887.

“It is anticipated that up to 500 jobs will be created during construction of the new station, with 55 additional full-time positions created within the industry as a result of this project,” he said.

Mr Ryan said plans for the new station would be available for public comment before construction work was due to commence.