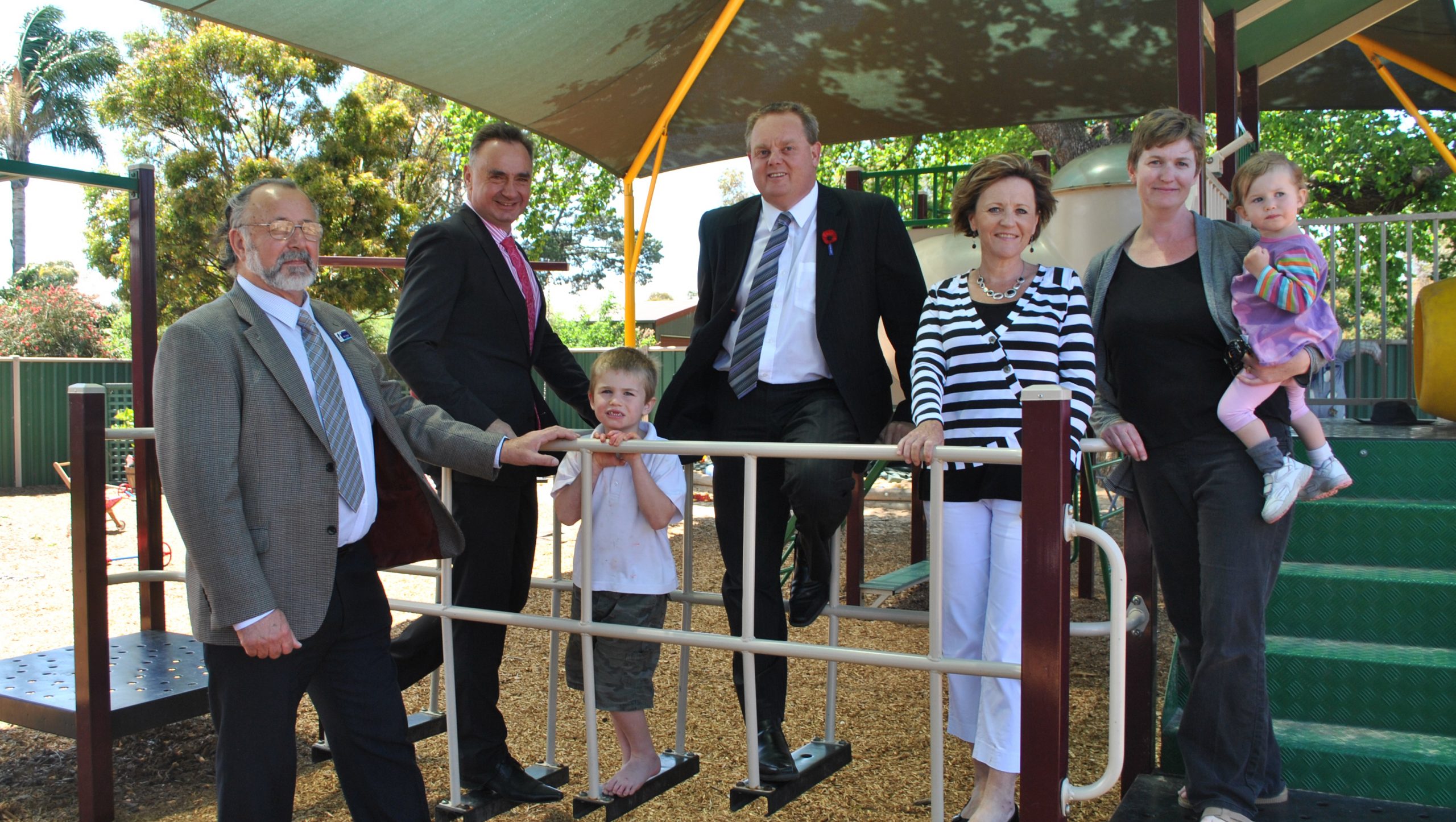 PLANS announced last year to upgrade Stratford Kindergarten are being tweaked, now the centre has permission to build on the adjacent council block.

Kindergarten teacher Nina Adams said plans were being made to build a new kindergarten on the Dixon St site.

The grant came in line with the nation-wide increase in kindergarten hours from 12 to 15 hours of programs per week.

The increased hours meant the facility, owned by the Wellington Shire and leased by UnitingCare Gippsland, could no longer continue to accommodate both the Kindergarten and Playgroup programs.

Stratford Playgroup approached the council July last year requesting support for the grant which was was official announced at the kindergarten in November.

The original plan for the centre, which received the grant, involved extending the kindergarten back onto its current site, adding more rooms but losing valued outdoor play space, which was a concern to some parents, and, upon his visit, the mayor.

Jumping down, he asked kindergarten staff and parents groups who owned the land.

“The council,” they said in chorus.

After some laughter, and a dose of friendly banter, the mayor said he would be happy to discuss the option of expanding the kindergarten onto the council owned land so the children could retain more yard space.

A council spokesperson said, “Early childhood facilities are crucial to our communities, providing a place for our youngest residents to learn, play, develop social skills and make friends,” adding that, “Parents have the opportunity to create and develop support and friendship networks.”

In recent years enrolments in Stratford’s zero to four age group have increased by 55 per cent, said a council spokesperson.

“Due to this increase, it is necessary that we do everything we can to maintain a high standard of accessible services for families,” she said.

“By working in close partnership with agencies such as UnitingCare Gippsland, Wellington Shire Council is actively encouraging and providing support for early childhood services in our region.”

Ms Adams said plans were being tweaked to accommodate the new design.

She said the new building was going to be more than just a kindergarten.

“It’s going to be a whole new community building,” she said.