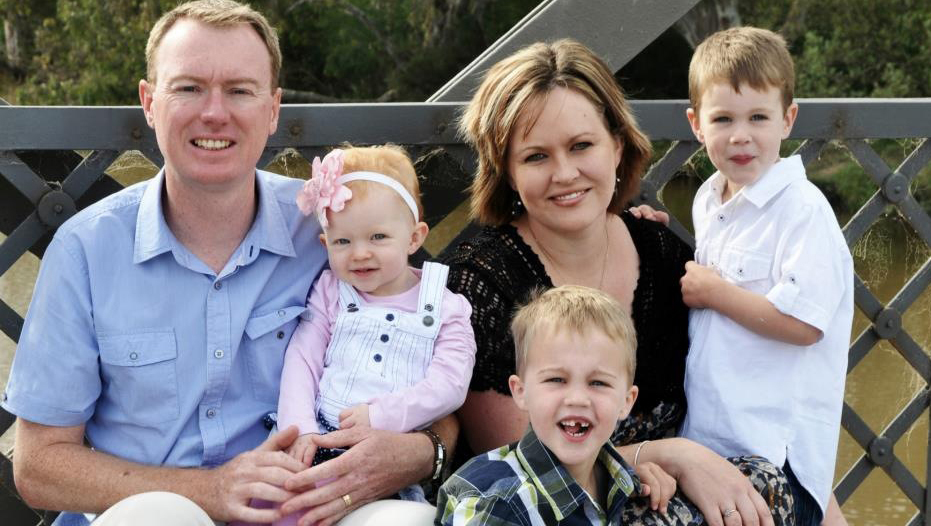 When your chances of contracting breast cancer before the age of 70 jump up to 87 per cent and 50 per cent for ovarian cancer and you carry the BRCA1 gene mutation, you have to start talking about it.

My journey began in 1998 when my mother told me about the gene and that it had originated from her family in England.

My great-grandmother, grandmother and aunt have all been affected by breast cancer, ovarian cancer and the associated surgeries, losing breasts and ovaries.

As carefree 18-year-old, I remember taking it with a pinch of salt, thinking it would not affect me.

I was newly single and did not care about my future or what could happen.

It washed over my head when Professor Suthers from the Familial Cancer Clinic in Adelaide advised me I should consider a full breast reconstruction and hysterectomy by the age of 35 and have my children early.

By then I had met my future husband Daniel, discussed children and within eight years of our marriage and by the age of 31 I had given birth to three children and had to start thinking about what lay ahead.

My first real scare began when I fell pregnant in 2010 and my best friend, a sonographer for a clinic in Adelaide, found a lump on my ovary and fluid on my lungs.

Given the fact that these coupled together are symptoms of ovarian cancer, they were taken very seriously.

I was rushed to my gynaecologist and an oncologist within 24 hours.

Thankfully everything dissipated, but that started a chain reaction of events leading to visiting a breast surgeon every six months and to discussing the first round of surgery which would be my tube and ovary removal.

In May of last year I went into surgical menopause which is hardly what a 32-year-old wants to think about, changing hormone patches twice a week or having hot flushes.

But if that choice was going to save my ass from getting ovarian cancer, then I knew I had to do it.

Then the largest decision came when my beautiful 42-year-old cousin died of breast cancer in September after a seven-year battle.

When her coffin was lowered into the ground and her three-year-old daughter asked where her mummy was it broke my heart, and steamrolled my decision into having the prophylactic mastectomy.

Fast forward three months and I was in theatre on a warm Melbourne morning with two of the best surgeons I know having a 10-hour surgery.

This involved having my breasts, nipples and all breast tissue removed.

A large flap of my stomach was removed to form into two breasts. Veins and blood vessels were connected to give my new breasts a blood supply.

Did I want to do this?

If was going to see my children grow up and get married, then yes I did.

Did it effect me?

Physically yes. Emotionally I sure have my up and downs and I have certainly learnt who are the strong people in my life.

Would I go through it again?

I had the best support when I discovered a group called Pink Hope founded by Krystal Barter in Sydney.

I had one of the lovely members of this group call me and discuss my impending surgery as she had previously been through this only weeks before.

If she had not been so kind and had taken the time to call, then I would probably not have had the courage to go through with it.

One of Pink Hope’s lovely ambassadors also visited me in hospital.

But I am here to tell a story, not in the ground like my cousin.