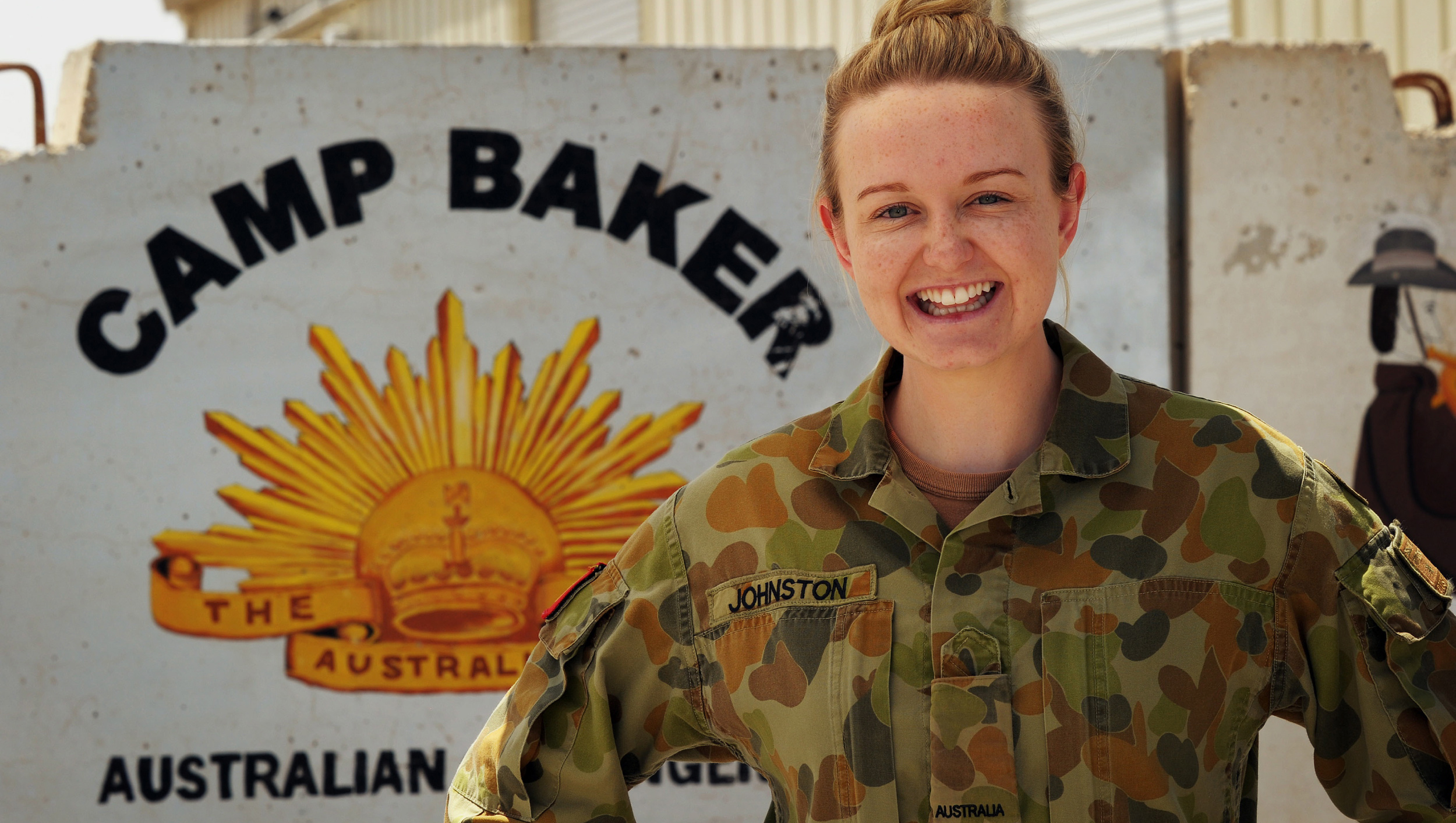 FOR most young people a gap year is spent travelling and enjoying life, or for those without the parental wealth to send them travelling, earning enough money to enable them to pursue their studies.

For 22-year-old Private Megan Johnston of Seaton, a gap year was the beginning of a journey that would take her around Australia and twice to Afghanistan.

Like most young people, Megan wanted a gap year following her secondary studies – one that took her far from Gippsland and all she was familiar with, but one that was also affordable.

“I wanted a gap year but took the chance to sign up to the Army for four years,” she told the Gippsland Times.

Basic training at Kapooka was an initial shock.

” I thought is was hard initially, then once I got over that reaction it was not even that bad,” she said.

“(It was) just unlike anything I’d done, different to my past.

Megan was posted to Darwin as part of the Army’s logistical Movement Control Detachment, serving three years there co-ordinating and controlling road, air and sea movement of military forces to East Timor and Afghanistan.

“The simplest way to explain the job is that is a bit like a travel agency, making sure everything gets to the correct destination in the quickest and most efficient way.”

During her posting to Darwin, Megan had her initial deployment to Afghanistan, serving, as she is currently in a Movement Control Detachment at Kandahar Airfield.

The massive airbase will be home to Megan’s four person detachment for a number of months as they play their role in the wind-down of Australia’s direct military involvement in the decade-long intervention.

“We have flights in and out most days and we have to prioritise cargo and personnel for the RAAF C17 and C131 aircraft and organise how many trucks and vehicles will be needed to transport them,” Megan said.

Life on the massive airfield follows a fairly regular pattern.

“Mornings we check in for briefing and then its down to managing the paperwork,” she said.

“Daily operations might include co-ordinating the movement of personnel and cargo from Afghanistan to the Middle East and Australia.

“There is a lot of paperwork, organising cargo, then more paperwork.

“Mostly I enjoy getting out on the flight line and doing the movement control.

“While the airbase is well protected and secured by its own defence forces it still comes under attack on occasion.

“It’s mostly indirect fire, but when there is an alarm we have to run for cover in a bunker,” she said.

“There is never any real damage, as the base is so wide, but we have to take precautions.”

In her role with the Movement Control Detachment Megan never leaves the airbase, so any time off-duty is spent socialising with the other military units posted there.

While not able to give an estimate of when the Australians will be withdrawn under Operation Slipper, Megan was confident all was going to schedule.

Following her deployment, Megan will take up her new posting to Brisbane and will continue in the Army for the foreseeable future.