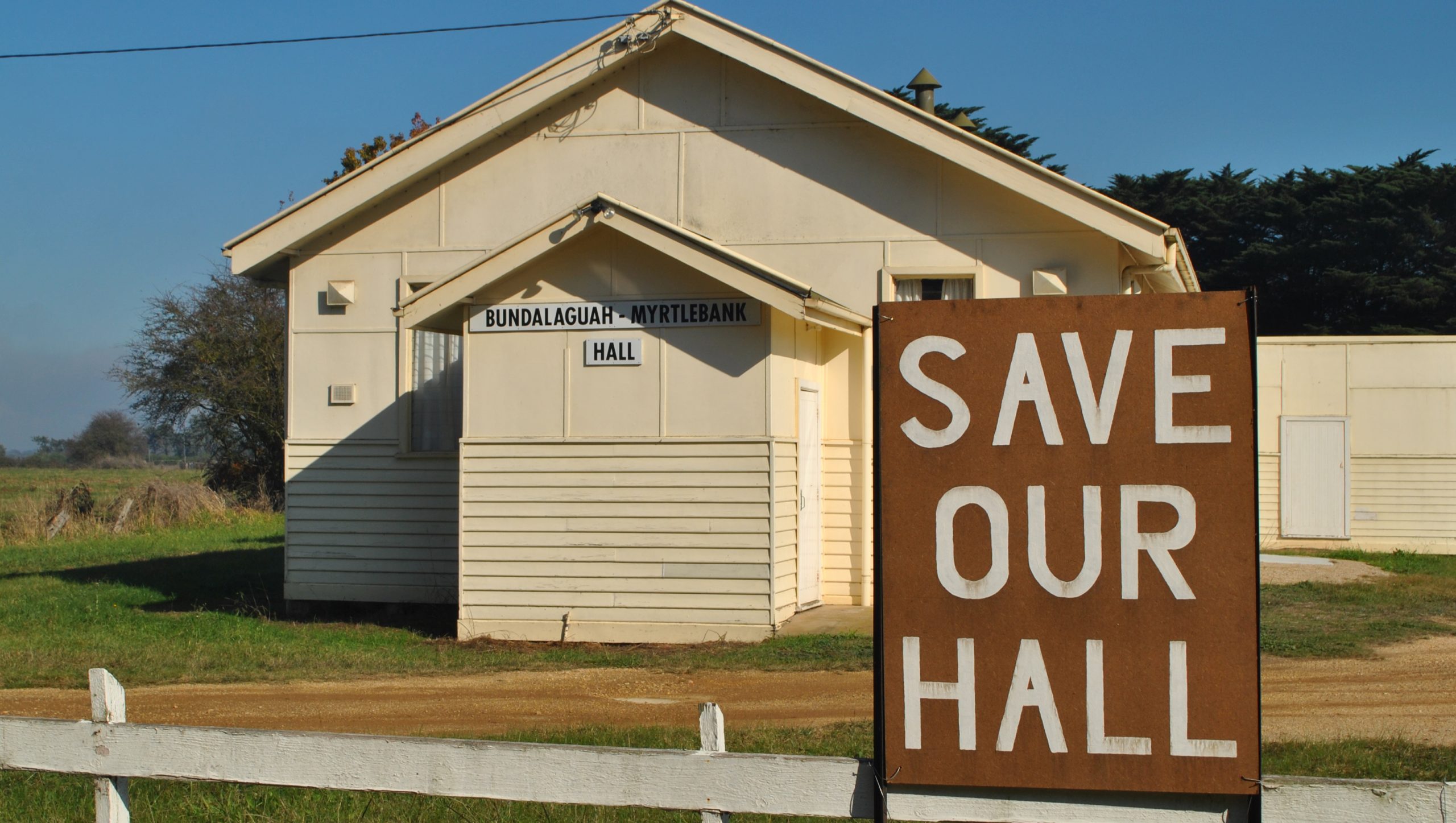 WELLINGTON Shire Council and the Bundalaguah-Myrtlebank Hall committee remain at loggerheads over the hall, with claims and counter claims as to the state of the facility.

Mayor Cr Scott Rossetti reiterated a decision relating to the future of hall had not been made.

“It had to be temporarily closed in the interests of public safety last July after a community member informed us that rats, nesting behind the electrical switchboard, had gnawed through wiring, exposing bare electrical wires.

“Bare wires and an aging electrical system pose a dangerous threat to the safety of community members and the last thing we wanted to happen is for someone to be injured.

“Upon closure of the hall, we conducted a thorough audit of the site and discovered that the hall had no incorporated committee of management, which meant that the hall was without public liability insurance, and a maintenance schedule based on hall condition audits was not in place.

“Ultimately a hall’s committee is responsible for public safety within the hall it manages.

“It is also responsible for public liability.”

Cr Rossetti said if immediate works were carried out and the hall reopened, subsequent work would still be needed.

“The roof is corroded, needing action taken to prevent further damage; evidence of borers has been found in the floor; rotten and broken cladding is in need of repair; and there are sanitary plumbing problems, among other issues.

“Over the longer term, the hall needs legally compliant disabled access to replace the current access which does not comply with legislation; fencing is required along the boundary irrigation channel and an accessible toilet should to be constructed to meet community needs.

“Should council decide to spend the immediate money making the hall safe and reopening it, those items and their associated costs must also be taken into consideration.

“This is not a matter of a onetime spend, it is a matter of long term viability for both the committee of management and council.

“Council officers sought three quotes for the work required at the Bundy Hall.

“Not just for the immediate works needed to make the hall safe, but for the works required to resolve longer term maintenance problems.

“Quotes for the immediate works range from $12,000 to $17,000; with the $12,000 quote being the lowest quote formally provided by the committee from their preferred supplier.

“It’s vital that we seek competitive quotes to ensure the best outcomes for both the work, and for ratepayer funds.”

However the hall committee has slammed council’s attitude as “confrontational” and said the mayor’s claims of disrepair were greatly exaggerated.

Hall committee spokesman Noel Atherstone said the hall had been closed since July 2012, and the committee had been incorporated since August 2012.

“The CEO of the shire at a public meeting last February stated that the Bundy Hall was earmarked for possible closure,” he said.

“Consistent with this agenda, the councillors were presented with a single largely uncosted quote for hall repairs that was twice the amount obtained by the committee.

“An incorrect picture was also given of an unused hall in decline and important information such as hall usage supplied last August showing consistent use of the hall appear not to have been presented to councillors,” Dr Atherstone said.

“Minor problems have been amplified.

“A reputable electrician recently stated ‘that the switchboard is no worse than 50 per cent of the houses in Sale’.

“The so-called sanitary problems are perished toilet bowl rubbers and caps missing from toilet vent pipes, a mere $150 worth.

“The broken cladding is a single corner board, $66 to repair.”

Dr Atherstone said to imply that these were major issues was incorrect.

“Faced with this continual misrepresentation it is no wonder that the hall committee immediately embarked on a vigorous campaign to save our hall,” he said.

“This has generated a large groundswell of public support.”

Dr Atherstone said there was a new and enthusiastic hall committee with many new ideas and widespread public support.

“With a little bit of consultation rather than confrontation this whole issue could have been resolved last year,” he said.

“The shire bureaucracy should be working with communities to find solutions rather than looking for problems.

“The Bundy hall committee appeals to the councillors to resolve this situation and support the community.”