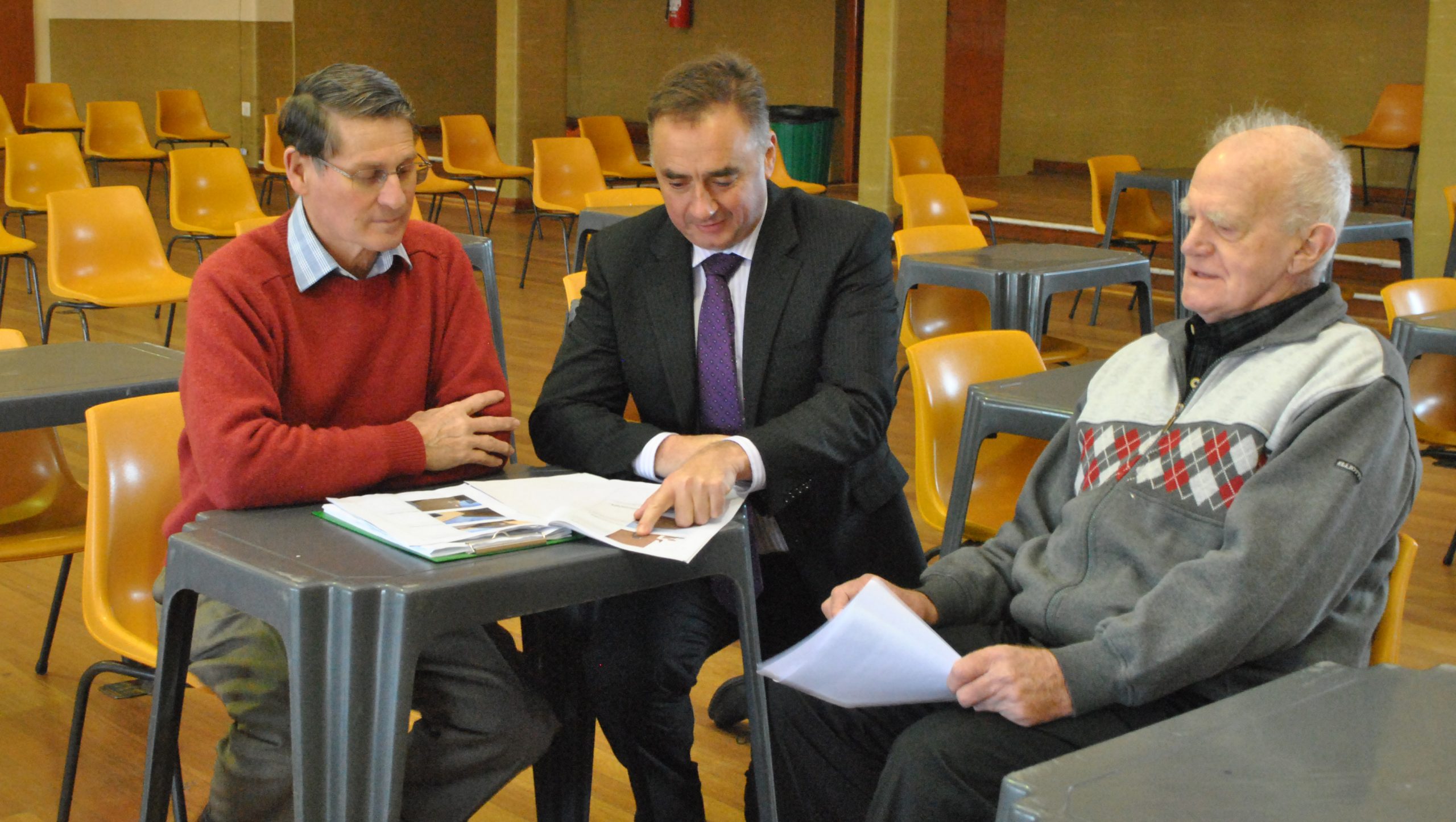 Committee president Peter Mowbray said, the external structural damage (cracks in the brickwork) was limited to the east wing of the hall, built in 1960 for use by the Sale City Council.

“There is no real danger at present,” Mr Mowbray said explaining that each section of the hall was built independently of the rest.

“The site has been fenced off, all safe,” he said.

Mr Mowbray said the east wing of the hall, which was the most recent section to be built, was the worst building of the lot.

Wellington Shire mayor Scott Rossetti wanted to reassure residents the hall was safe for use.

“The hall is absolutely fine,” Cr Rossetti said, explaining the east wing of the building was hardly used.

The east wing was used as a council chamber from 1960 until 1994 when Sale City Council amalgamated with the Maffra, Avon, Rosedale and Alberton councils, under the Kennett State Government, to form Wellington Shire Council.

Cr Rossetti joked the structural damage was likely a result of the vigorous debate engaged in by councillors during that period.

Mr Mowbray said the Sale Memorial Hall committee was still waiting for an engineer to dig holes and check the foundations of the east wing, after which the committee would know how to fix the problem.