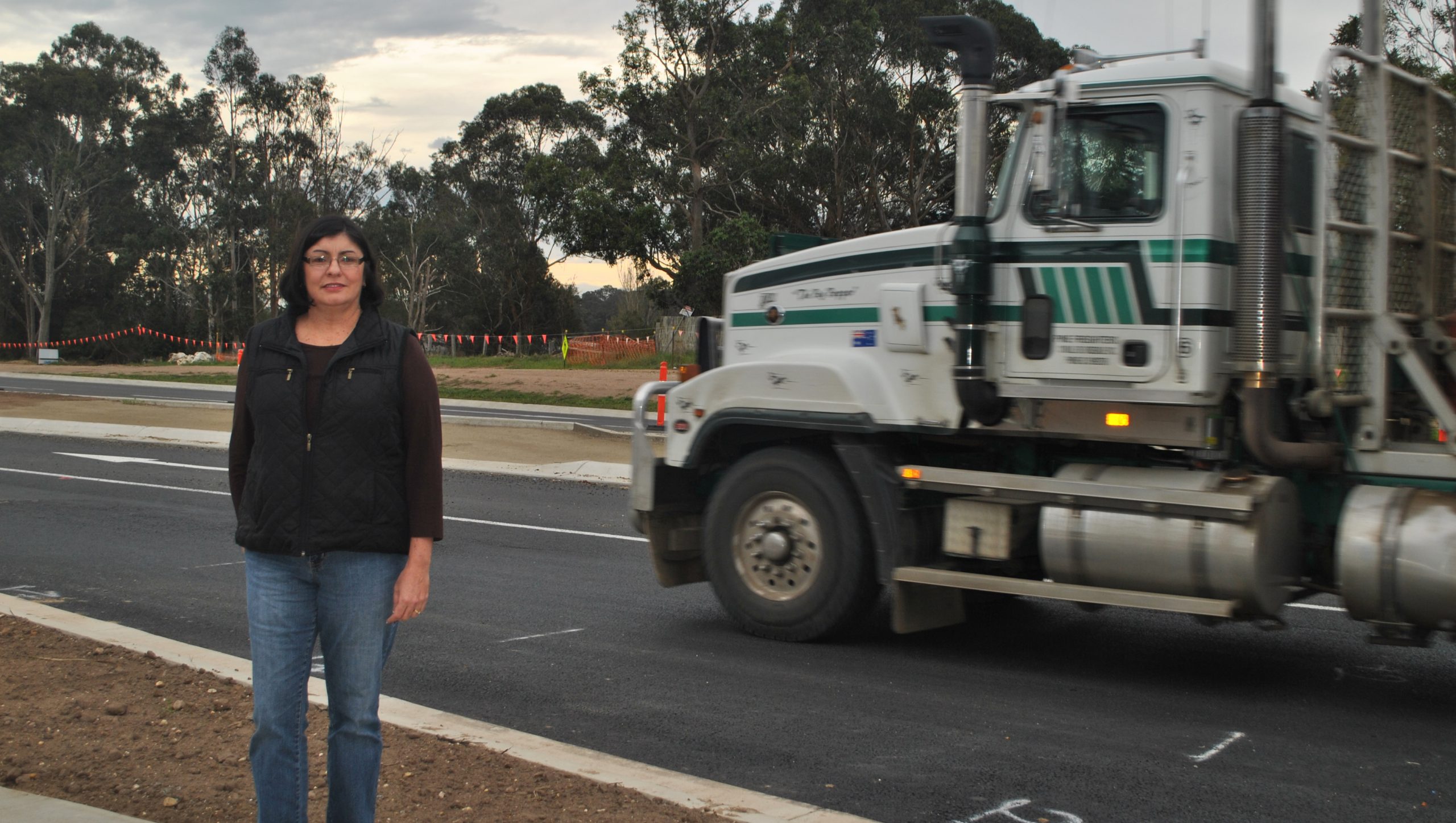 EAST Wurruk parents fear their children will soon be making a dangerous dash to school as the Wurruk section of the Sale-Traralgon highway duplication nears completion.

Almost like a real life run of the 80s arcade game Frogger, children will be confronted with four lanes of peak hour traffic, including a high number of trucks, as they attempt to cross the road.

Parents claim the available crossings do not provide adequate provision for their children’s safety.

While the option of including a pedestrian footbridge was toyed with at community information sessions during the planning phase of the project, no such bridge was included in the road’s final design.

He told the ‘Gippsland Times’ in assessing whether a pedestrian overpass bridge would be constructed as part of the project VicRoads had to consider a number of factors including, the number of pedestrians in the area and number of vehicles travelling through the area.

“VicRoads investigations indicated the number of pedestrians crossing at this site, in relation to vehicles per hour, do not reach the minimum requirement to be considered for funding,” Mr Broadhurst said.

Yet such explanations do little to allay the fears of residents who have to cross the road.

Reid Drive resident Leesa Williams said her main concern was for the safety of children and families living on the Pearsondale side of the town.

She believes VicRoads failed to take into account future residential development plans for the area in not including a footbridge or underpass, claiming it would have been more cost affective to build something as part of the road’s development.

“We thought, with all this construction, perhaps they should have created something that went over or under that kids could access safely,” Mrs Williams said.

She suggested the area near the BP service station and the Wurruk hotel as the ideal location.

From there, she said, children could take the back road home and it would link up with the Pearson Bridge where people could walk to town.

But, even as the area expands, the numbers of pedestrians will still be too low to fit VicRoads requirements, needing pedestrians to cross in the hundreds to fund such a structure.

“At the moment it is not very safe to cross a four lane highway with a bike,” Mrs Williams said. “You won’t see many kids doing it.”

Mrs Williams expressed fears it would take a major accident for anything to be done.

She said drivers ignore the current road signs travelling 20kmh over the limit at 80kmh in the 60kmh zone, something she fears will increase when the permanent limit of 80kmh is adopted.

“The new crossings are significantly safer in comparison to crossings the highway prior to the project,” Mr Broadhurst said.

“Each crossing is separated by a centre median which provides a safe point of refuge for pedestrians and reduces the exposure to one direction of traffic only on either side,” Mr Broadhurst explained.

Mr Broadhurst told residents Wellington Shire Council had long term plans to establish an internal pedestrian footpath network in the area, in an attempt to ease their concerns.

Wellington Shire mayor Scott Rossetti said all decisions relating to pedestrian crossing infrastructure rested with VicRoads as the highway duplication was its project.

“Local community members have informed us of their concerns and we have raised those concerns with VicRoads,” Cr Rossetti said.

“Council is currently working with VicRoads to provide shared pathway connections across the causeway, connecting Wurruk with Sale. Both we and VicRoads are sharing the asphalting works, and we are providing the lighting,” he said.