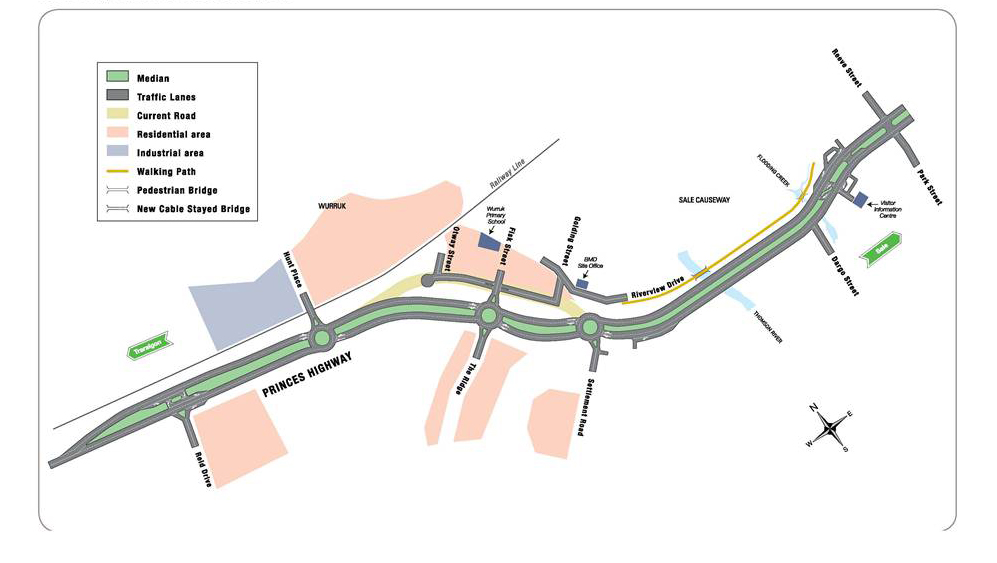 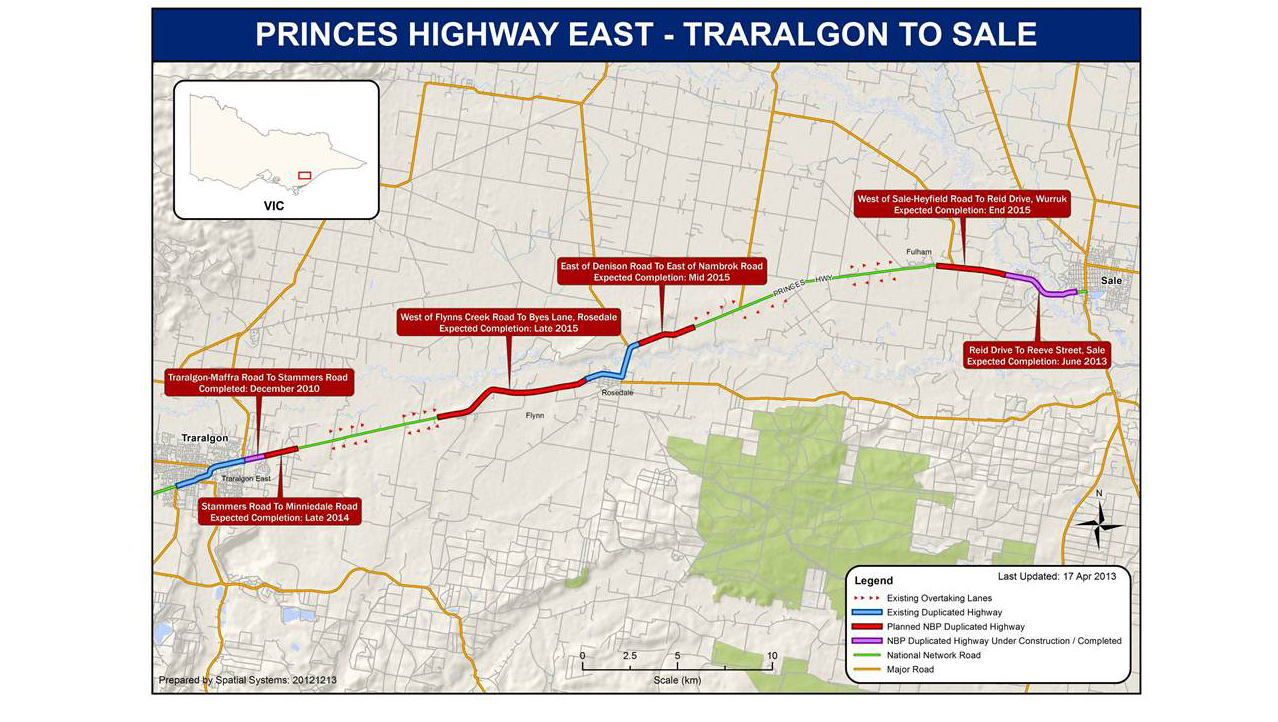 ANOTHER milestone in the staged upgrade and duplication of the Princes Highway between Traralgon and Sale has been reached following the completion of work along the Wurruk to Sale section.

Federal Infrastructure and Transport Minister Anthony Albanese said the project involved reconstructing and duplicating the four kilometre stretch of highway between Reid Drive and Reeve St as well as widening and strengthening the bridges across the Causeway.

“As the primary route between Melbourne and Gippsland, the Princes Highway supports key industries such as dairy, timber, mining and natural gas, as well as the RAAF base at Sale.

“That’s why we are upgrading this vital piece of infrastructure to make sure it can cope with the increasing volumes of traffic using it.”

The Princes Highway East Upgrade is being jointly funded by the Federal ($140 million) and Victorian ($35 million) governments, with the current schedule of works expected to be completed in late 2015.

Victorian Public Transport and Roads Minister Terry Mulder said the good progress being made meant work could begin on the remaining sections of the highway sooner rather than later.

“In fact the contract to upgrade the 1.7 kilometre section between Stammers and Minniedale Rd in Traralgon East has already been awarded to Hazell Bros Group while the contract for the 3.1 kilometre Nambrok Rd section is expected to be finalised by the end of August,” Mr Mulder said.

For details of works to construct overtaking lanes on the Hyland and Strzelecki highways, read Friday’s Gippsland Times.