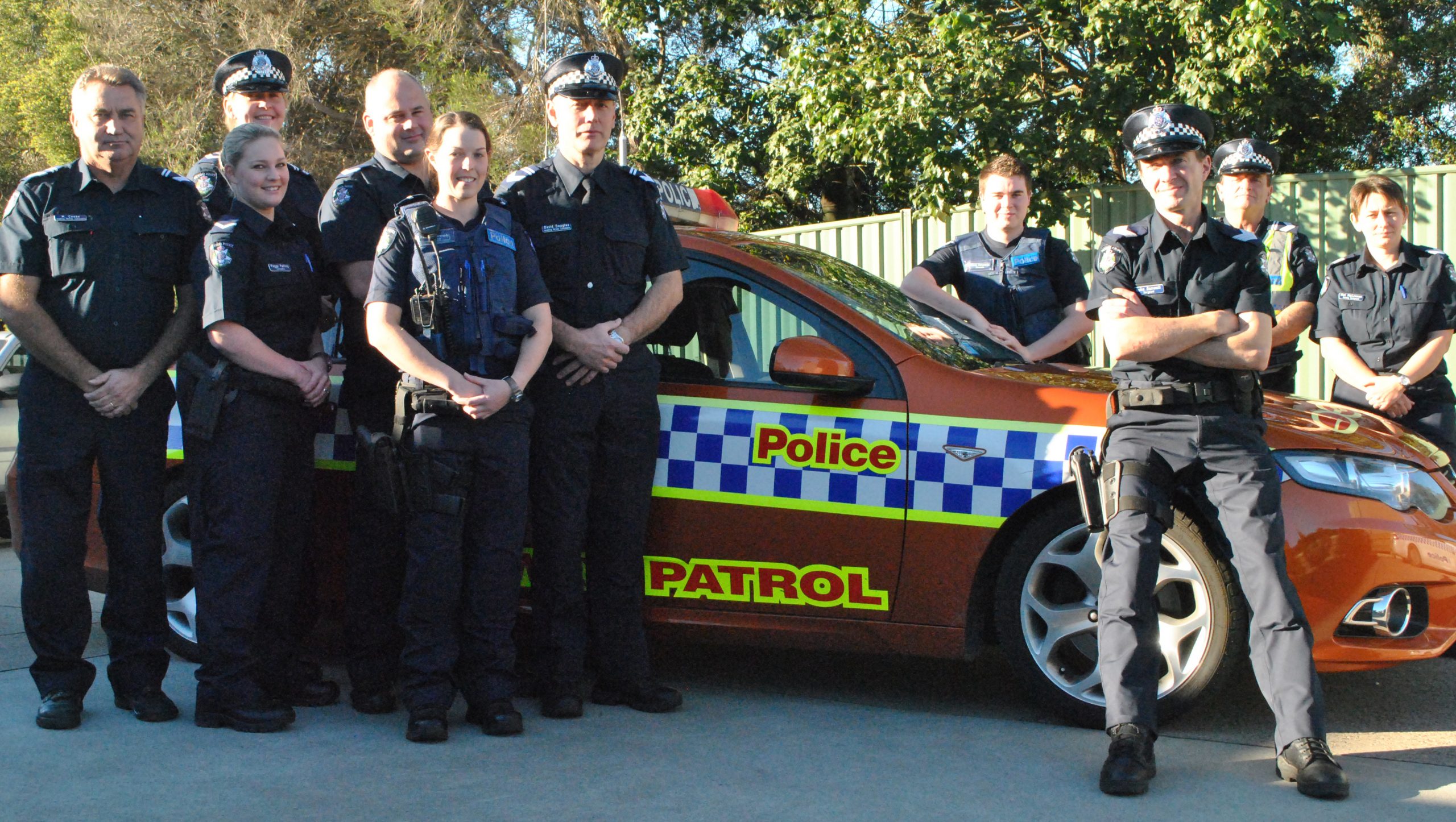 STILL adjusting to pinchy tie pins and horizontal cargo pockets only big enough to fit a smart phone in, officers from Sale police station this week were among the first in the state to wear Victoria Police’s new dark blue uniform.

The rollout was officially launched in Bairnsdale on Tuesday.

The ‘salute’ blue uniforms, which have been criticised by some members of the general public as being ‘too American’, were developed in response to feedback from police officers, in collaboration with industry experts.

Particular attention was paid during the design process to advancements in fabric technology and style, according to what was happening elsewhere in Australia and internationally.

As well as the change from light to dark blue, other main changes include: the introduction of tactical trousers, giving police members the choice to wear office or tactical trousers; shirt pockets for women; long sleeve shirts for all police and summer and winter undergarments to wear under the integrated operational equipment vests.

“There were about 80 different ways to wear the uniform, so this change will provide us with a consistent look across the force,” he said.

“It’s also an opportunity to present ourselves as a professional and modern organisation and be easily recognisable in the Bairnsdale and Wellington communities,” he added.

“While our uniform has changed, our commitment to improving community safety hasn’t.”

The new uniform will be rolled out progressively across the state until May next year.