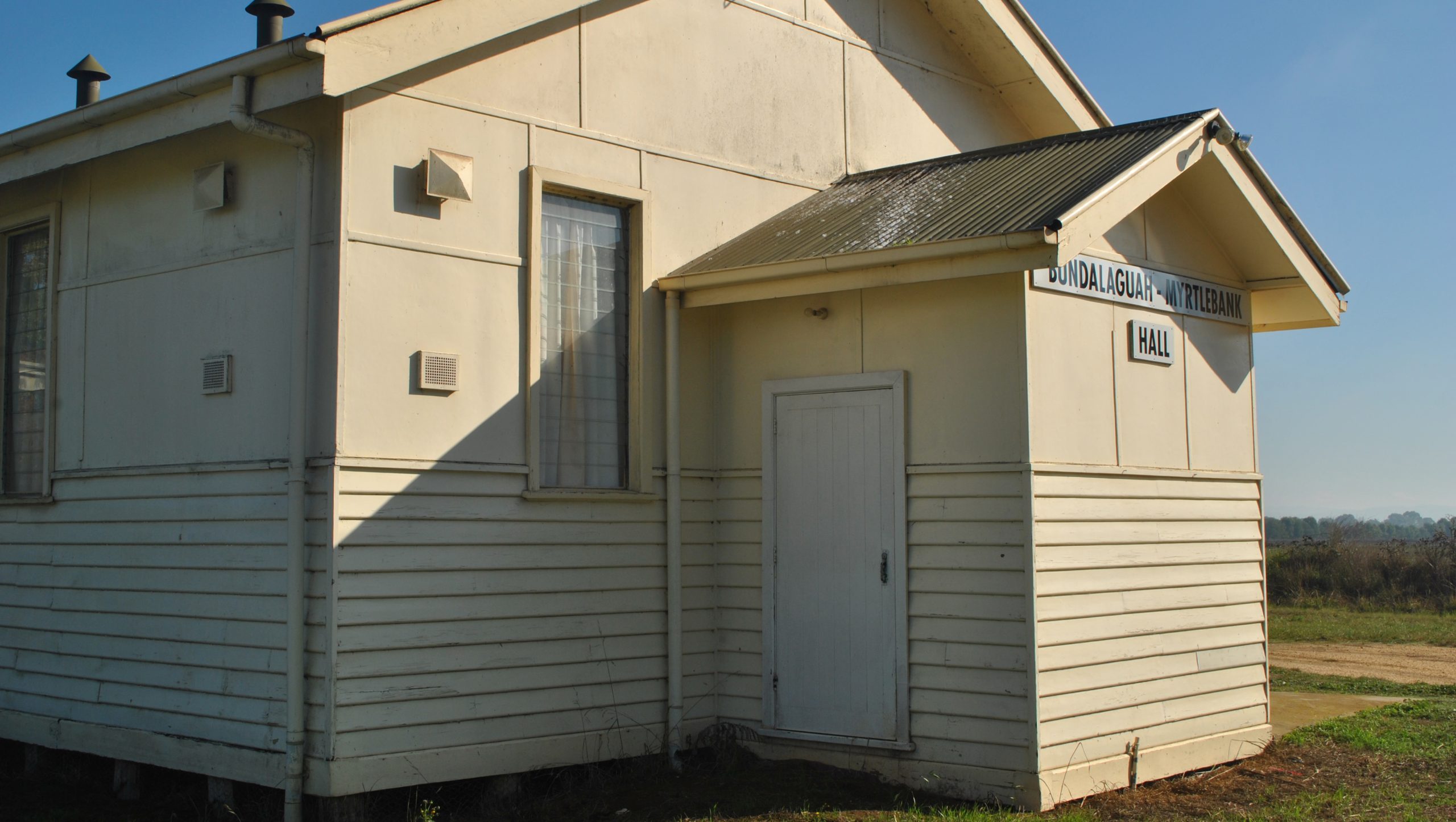 BUNDALAGUAH- Myrtlebank Hall has been saved. At least for the next 12 months.

Wellington Shire Council unanimously voted on Tuesday night to bankroll the hall committee to the tune of $17,000 to pay for urgent repairs to the hall’s electrical system and to upgrade to its evacuation compliance.

In addition council will contribute $1000 a year as an operating subsidy to the management committee.

To ensure the safety net is effective the council has required the hall committee to enter into a three year licence and service agreement, develop a three year management plan to demonstrate how it will pay for the lower priority repairs outlined in the hall’s May 2013 facility fault report, and provide council with a report in 12 months outlining its compliance with all aspects of its licence and service agreement.

The council closed the hall in July last year after rats gnawed on the wiring in the building’s switchboard, rendering the building unsafe for community use.

A building maintenance audit in February last year had already revealed a range of short and long-term works, costed by the council at $44,850, needed to bring the building to a reasonable condition for public use. That costing was later revised down in May to $34,220 by removing some non-essential improvements from the report.

The hall committee had neglected to incorporate for close to a decade and had no formal agreement with council but became an incorporated body following closure of the facility.

The reinvigorated hall committee presented its case to reopen the hall to council during a briefing session last month, when members claimed community groups had expressed interest in hosting events in the hall.

A petition signed by 785 people had supported the reopening of the hall.

Before council considered its recommendation the new management committee chairman John Buxton outlined the new sense of purpose in the committee and the strong community support for the reopening of hall.

Proposing the recommendation to finance the work on the hall Cr Darren McCubbin pointed to the groundswell of community support evident at a public meeting at the Bundalaguah Cricket Club.

“Does anybody really care about that hall …is it relevant?” he asked.

“The public meeting that I attended at Myrtlebank was huge.. people demonstrated their support for this hall, and indeed the Facebook page and the people turning up here tonight demonstrates very clearly to me that there is an underlying feeling within that community that this hall is as relevant today as it was in 1954.”

Speaking against the motion Cr Malcolm Hole cautioned the council the hall committee would need to take a more business like approach to its rental charges and ensure it charged enough to cover costs.

“If rats hadn’t been found in the wiring 12 months ago we wouldn’t be here tonight, the hall probably would have burnt down because the rats had chewed through the wire.”

“What I also object to is the council’s trial by media.

“Council may be the owners of the hall but we are not the committee of management.

“For 10 years council tried to have the committee of the time to join in what all the other hall committees were doing … be incorporated and be given an annual maintenance grant.”

“The hall wasn’t rented out, the hall was donated to various bodies because in the 12 months up to June 2012 the income of the hall was $1350 and which was $500 less than what it cost to run the hall and there was 66 uses of the hall so they averaged about $20.

“At Boisdale a similar sized hall you can’t hire the hall under $125.”

“Today people love to have their facilities as long as somebody else is paying for it,” he said.

“Is it fair the rate payer of Wellington Shire have to turn around and keep (paying) … somewhere along the line … there has to be some relevance come into the operating costs.”

Cr Hole said the fact there was now a different and enthusiastic committee made a difference.

“May be we will see a change and who knows what will happen when the vote comes.

“I do want to stress that if the community out there who use the hall, I know its very hard to give up

what you’ve got and what you have had, but those same people drive their cars into Sale and Maffra and Stratford for supermarkets or the picture theatre… I do worry that if that hall committee is to survive, how many of the organisations will go away and start to look for somewhere else to go.”

“When they have to pay $70 or $80 for hiring instead of $20 some of the enthusiastic organisations and signatures to the petition might find the hall might not to be the good deal they wanted.”

When the motion was put to the vote Cr Hole joined the other councillors in supporting the recommendation.