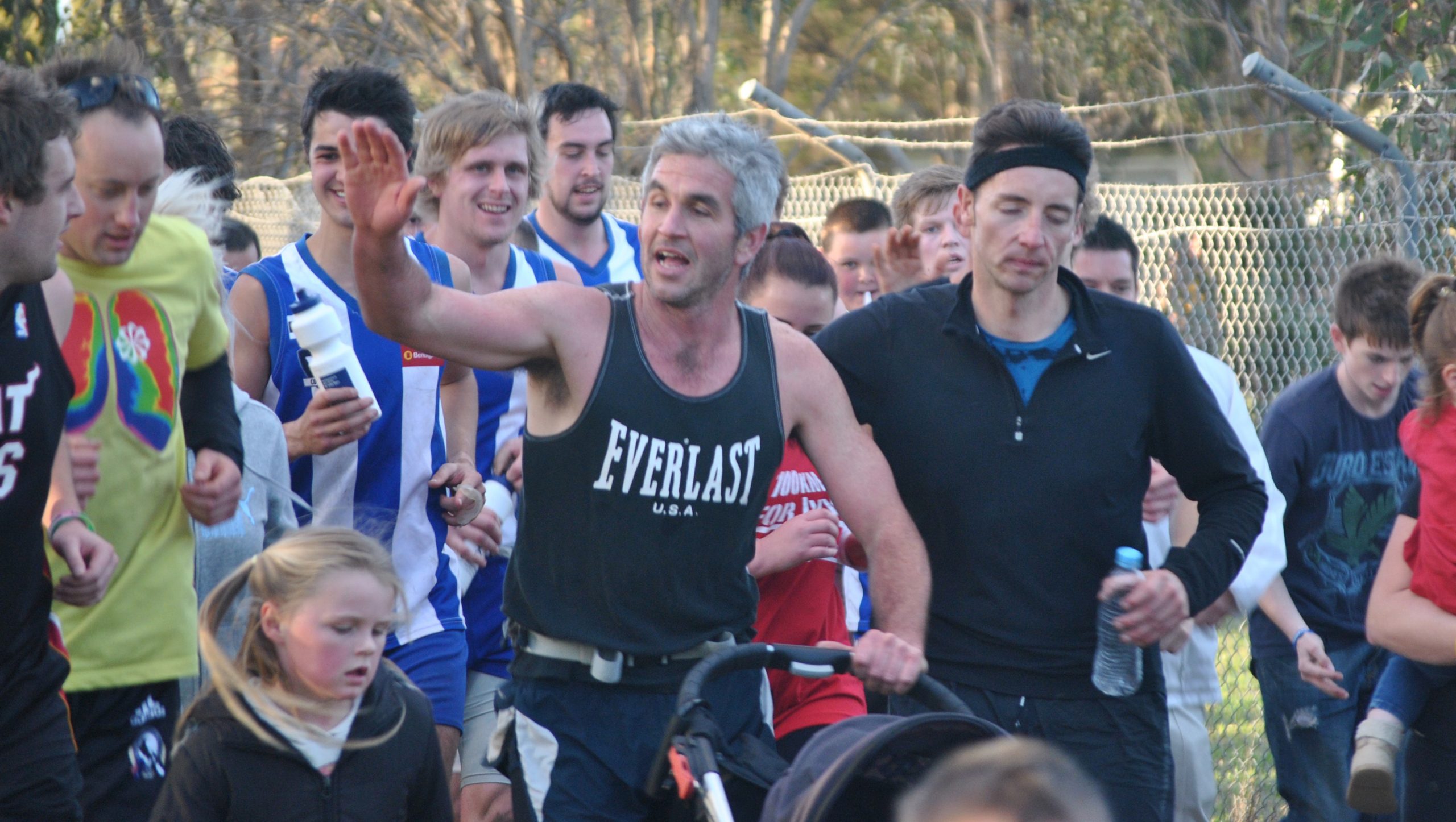 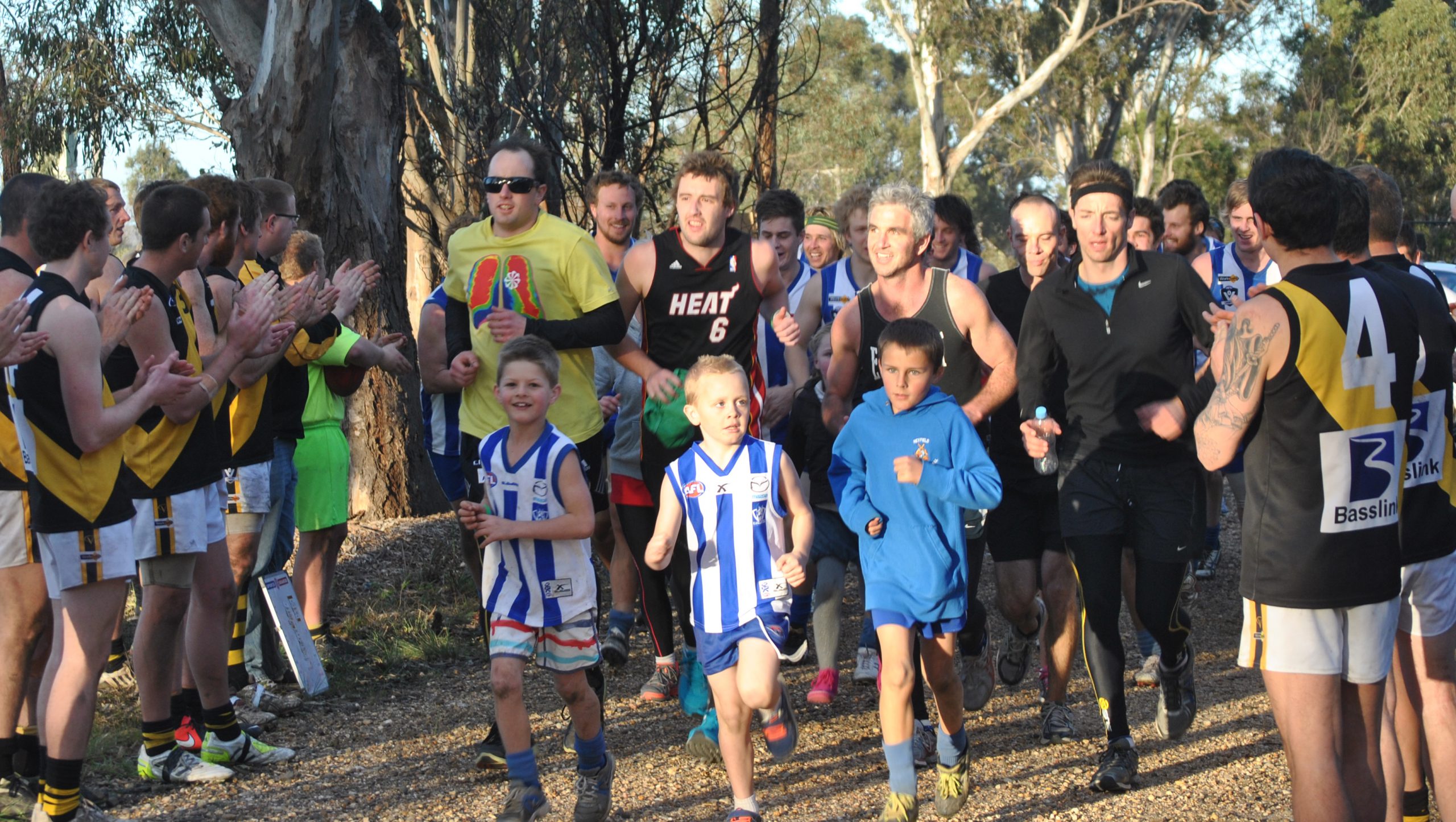 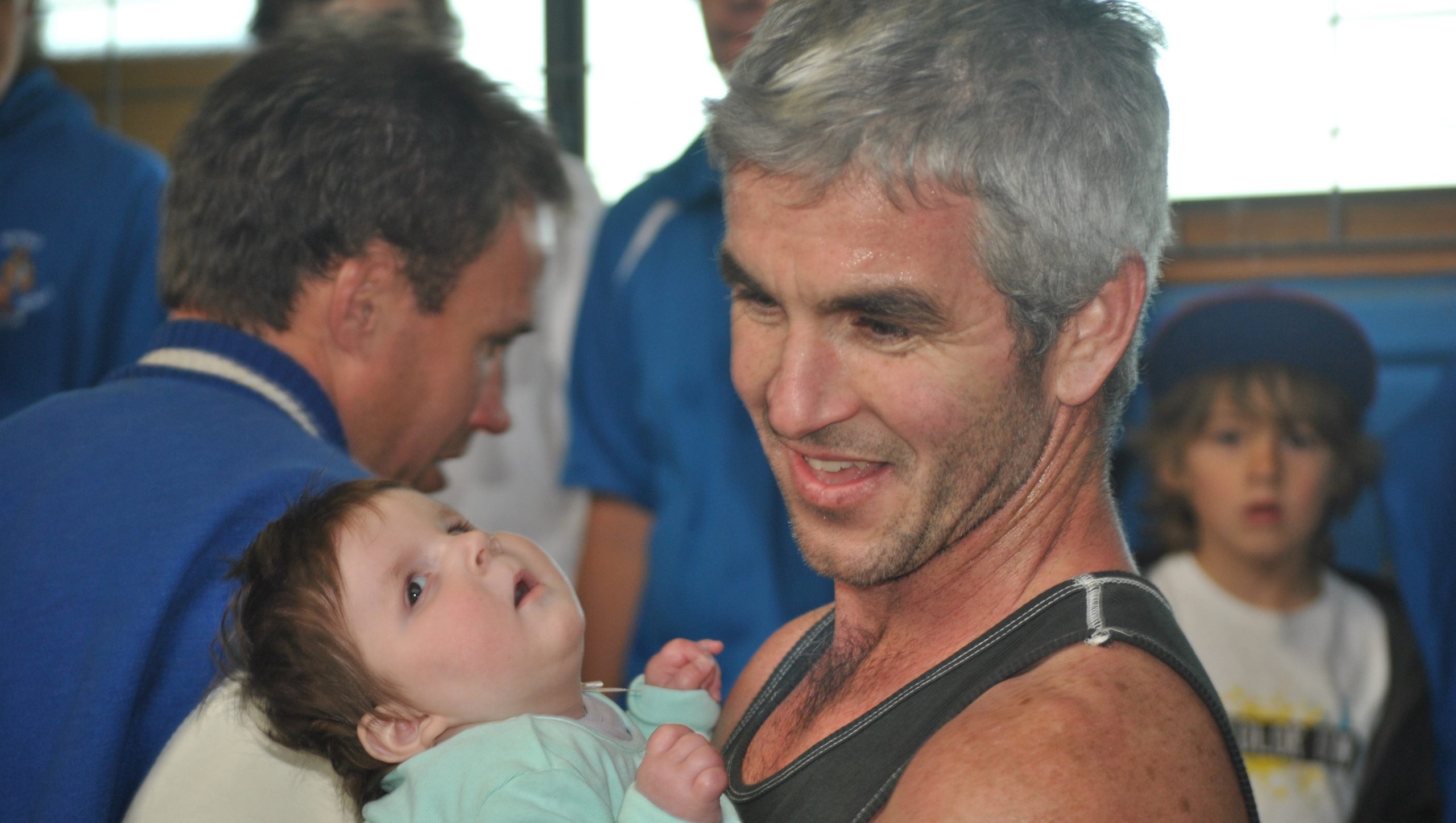 MEMBERS of the Heyfield-Football Netball Club and the wider Heyfield community showed a wave of support as Dave Kelly completed his 100 kilometre run for his daughter Ivy on Saturday.

Following the completion of the senior game, Heyfield footballers took to the rail trail to meet their teammate and willed him to the finish line at Heyfield’s Gordon St Reserve, where a large crowd cheered him home.

Gormandale footballers created a guard of honour, with Dave’s completion of a marathon effort marked with another blast of the siren before witnessing his teammates sing the team song with gusto.

“That was inspiring to see,” Dave said.

“It wasn’t planned, they just did it. I was gobsmacked.

“The run had its ups and downs, but we got there in the end.”

More than 300 people attended an auction night following the completion of Dave’s run. The auction raised an impressive $28,000, and with donations from the run and bar and food sales yet to be totalled, Dave said the final figure could be between $40,000 and $50,000.

“The auction went brilliantly, we had over 300 people there,” Dave said.

“It was massive, enormous, I didn’t expect that many people.”

Ivy was born May 31 last year, however when Ivy was two months old their maternal health nurse became alarmed at the slow rate at which Ivy was putting on weight and the fact that her head had not grown for some weeks.

To date Ivy has had numerous blood tests, MRI, EEG, ultrasound on her brain and x-rays, but none of these tests have given the family a definitive reason for Ivy’s health problems.

Although this is a lengthy list of problems, her parents still do not have a primary diagnosis.

To help Ivy as much as they can they attend numerous appointments each week with her physiotherapist, occupational therapist and osteopath.

“As well as this we do hydrotherapy to build muscle and take her through home-based therapy programs,” Dave explained.

The family’s fundraising partner is The Developing Foundation Queensland and people can read about Ivy on the family page www.developingfoundation.org.au/family/ivykelly-