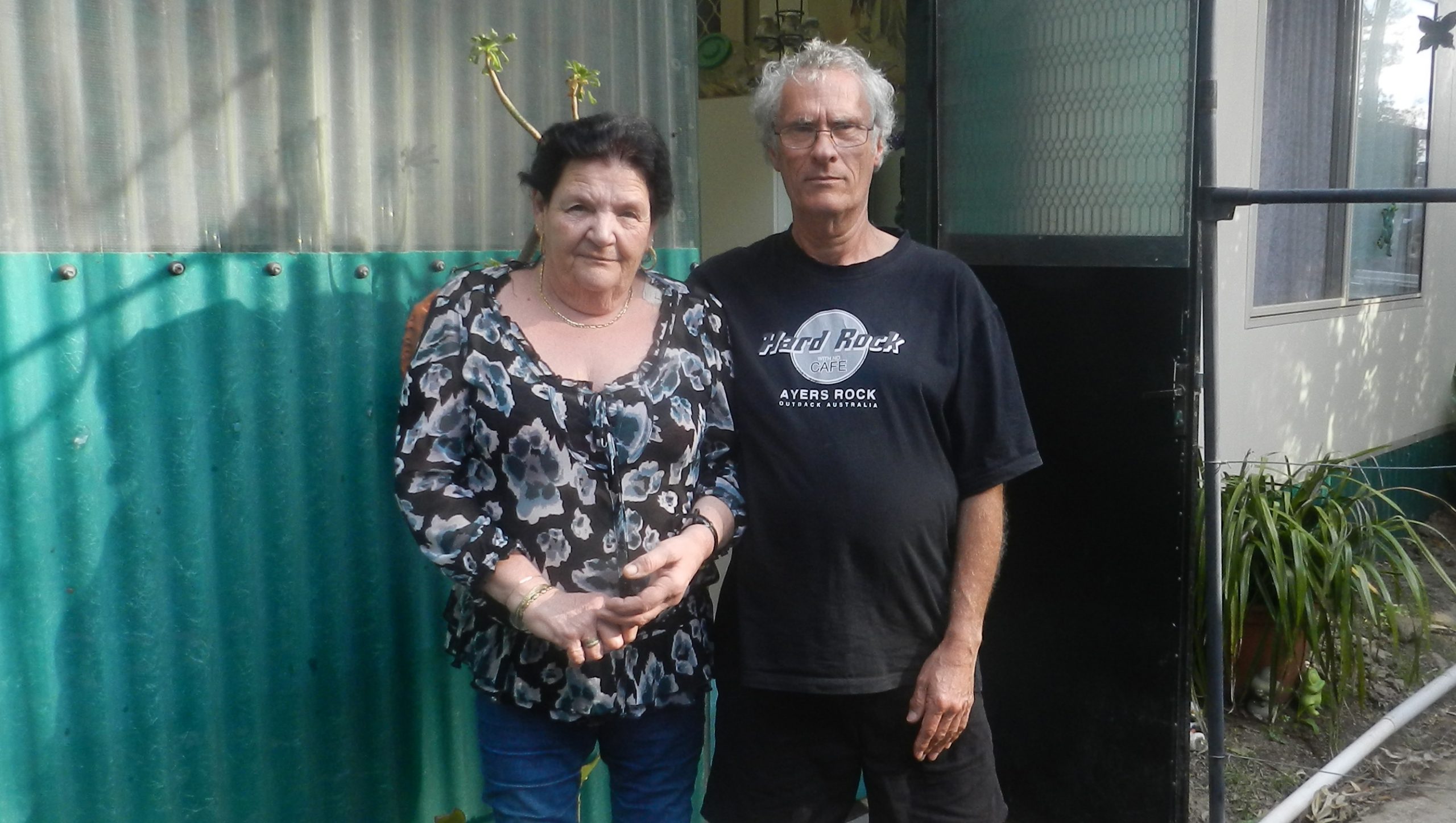 A COUPLE living in Sale’s Thomson River Caravan Park have been buoyed by news that council will consider offering assistance packages should the park close.

John Contini and his partner Janet Digby-Smith live in a small structure in the park with their dog Ronnie and their cat Molly, and last week were worried about how they would manage.

They said the structure they lived in was not easily movable, and said they had initially been told by a council representative there is unlikely to be compensation if they are forced out of their home.

“At the moment they are just going to bulldoze them,” she told the Gippsland Times last week.

“What are we supposed to move them with?

“Most residents are on the old age pension or disability pension and can’t afford a truck to move them or pull them down.

“Most don’t have family close by.

“And where do you move them to?

“A lot of parks won’t take older vans or pets.”

However news of possible help with relocation costs has lifted their spirits.

When told of possible assistance packages up to the $5000, John described it was “better than a kick in the pants”.

He viewed the news as positive, but was keen to find out more detail.