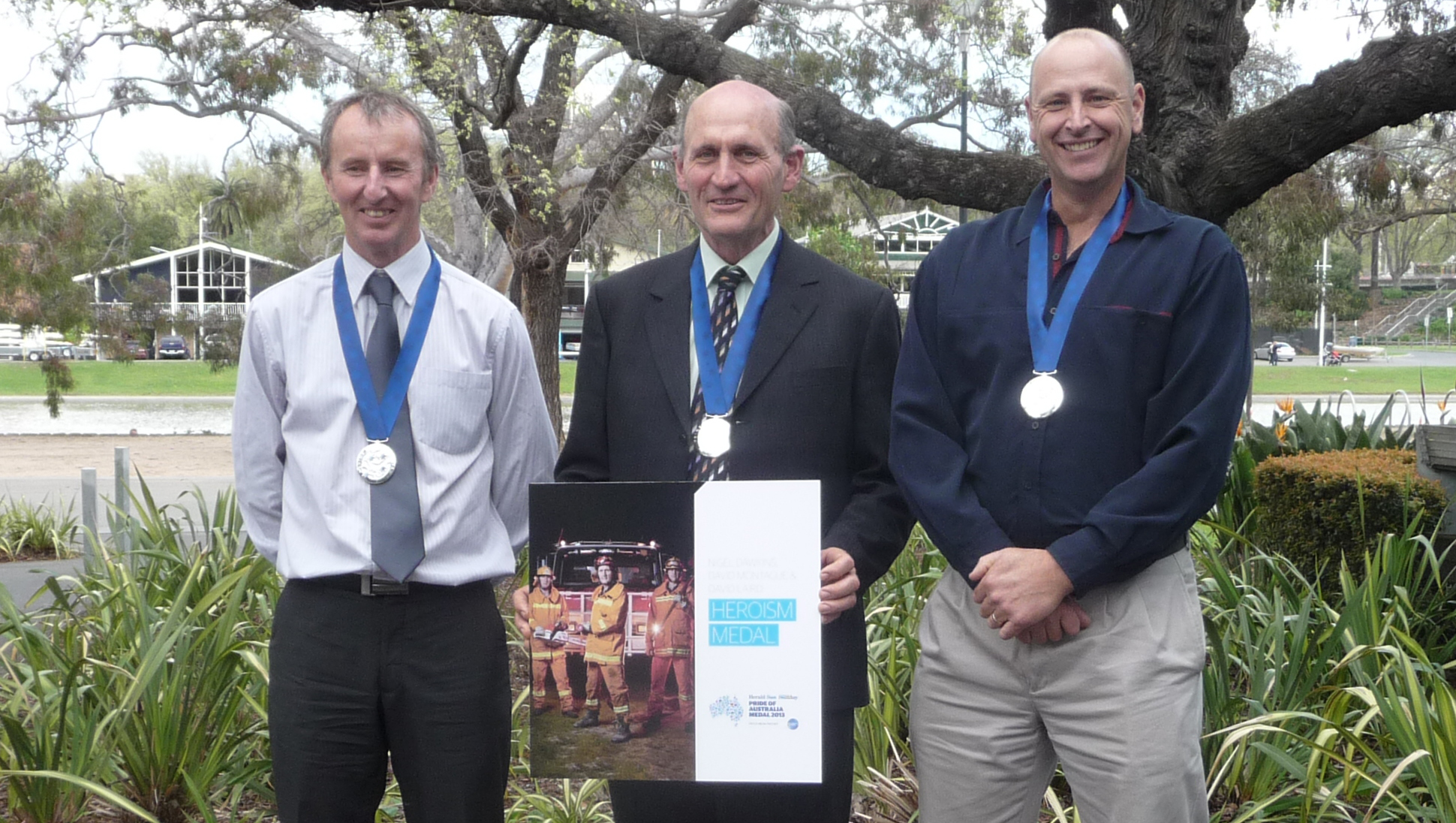 VALENCIA Creek CFA brigade members David Montague, Nigel Dawkins and David Baird each received heroism medals at the Pride of Australia medal ceremony in Melbourne last week for their courage saving a house in Seaton during the Aberfeldy fire.

The devastating Gippsland bushfire on January 18 claimed one life and destroyed 14 houses in Seaton.

Anne Nichols, who nominated the trio for the heroism medals, evacuated her home at 1am, expecting to return to a black and smoking ruin.

But when she and her daughters returned that evening, her home was intact, even though the fire had reached the veranda.

Inside her kitchen, she found a note from the crew of a CFA tanker.

“Did our best. Your house was OK at 7am. Under attack at 6.15am. Good luck. Crew of Valencia Tanker.”

Ms Nichols discovered later that captain David Montague and his crew, Nigel Dawkins and David Laird, had fought for 90 minutes to save her home, working with little sleep or food and in the face of a ferocious blaze.

In his acceptance speech Mr Montague, who is captain of the Valencia Creek Brigade, acknowledged the role undertaken by all CFA members and other agencies involved in the fire operations.