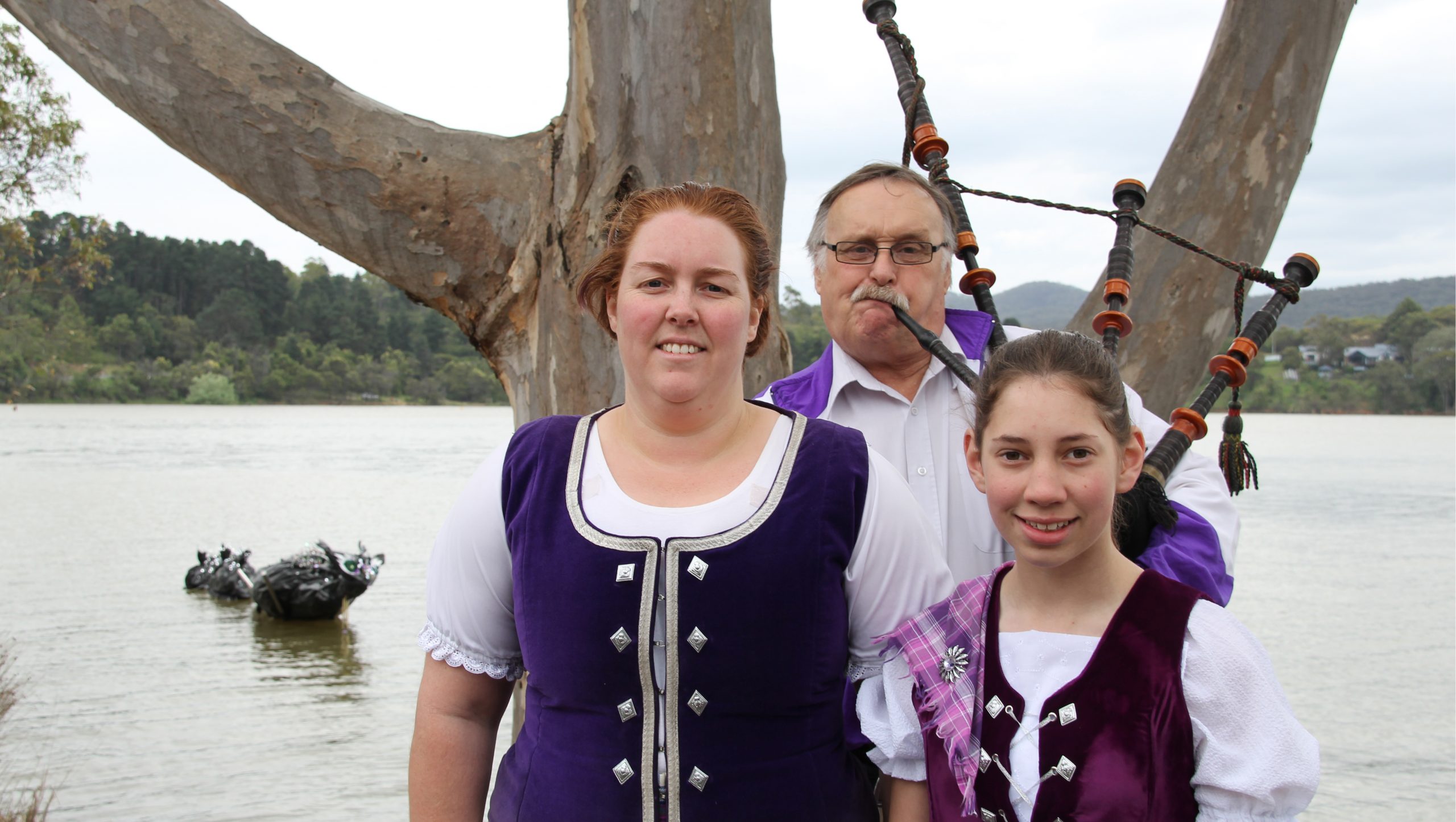 EVEN the trees were dressed in tartan on Sunday as visitors donned kilts and tam o’shanters and wove their way to Glenmaggie for its Scottish Folk Festival.

A celebration of the town’s Scottish heritage, the day got off to a glorious start, with crowds arriving in droves before the event could officially open.

With more than 100 performers in the line-up, including three pipe bands, event organiser Merryn Stevenson described the event was a logistical nightmare, one she hoped would continue for years to come, getting bigger and better each year.

“This year I got a grant from the public records office to erect signage for the Scottish festival, which we did at the front of the hall so visitors could read that sign and know the history of Glenmaggie,” Ms Stevenson said.

Held every two years since it was conceptualized in 2007, the Glenmaggie Scottish Folk Festival has proved a big hit with locals and visitors, with numbers swelling to 500 when it was held two years ago.

“Each year we try to improve and increase it and make it better,” Ms Stevenson said, explaining the inclusion of the modified highland games for all abilities.

“I think it is important to be inclusive so everyone can join in whatever you’re doing,” Ms Stevenson said, “the games are perfect for that.”

With all abilities access one of the major marketing points of this year’s festival, it was no shock that disabled parking quickly ran out.

“Next year we’re looking for a community group or two to partner with, someone to share the work load and share the profits,” Ms Stevenson said.

“The Wellington Shire has been very kind and given us events funding for the last three festivals, but it does cost a lot to run,” she said.

“I’d really like it to continue. I think it is vital we get other groups to come forward.”