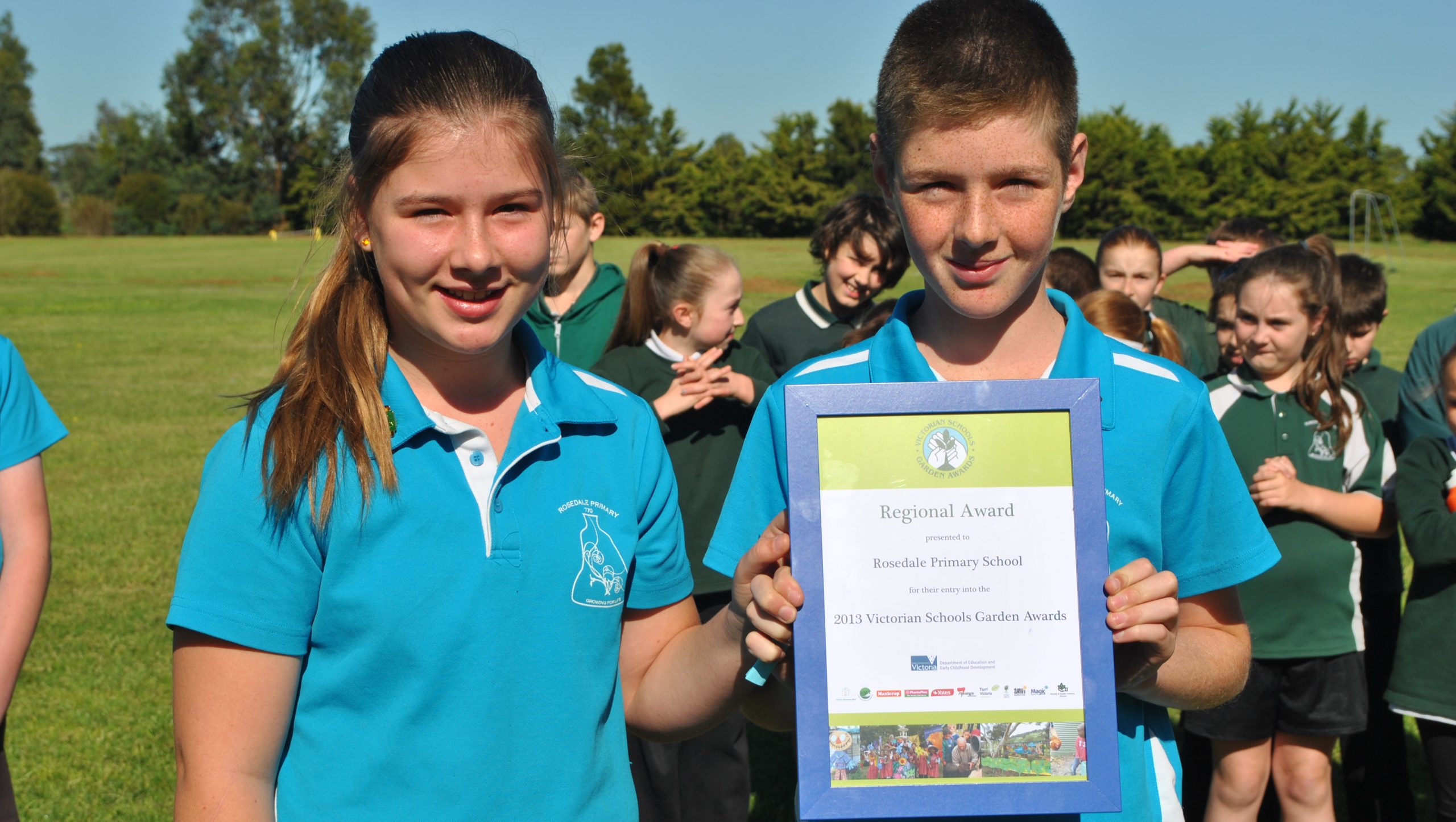 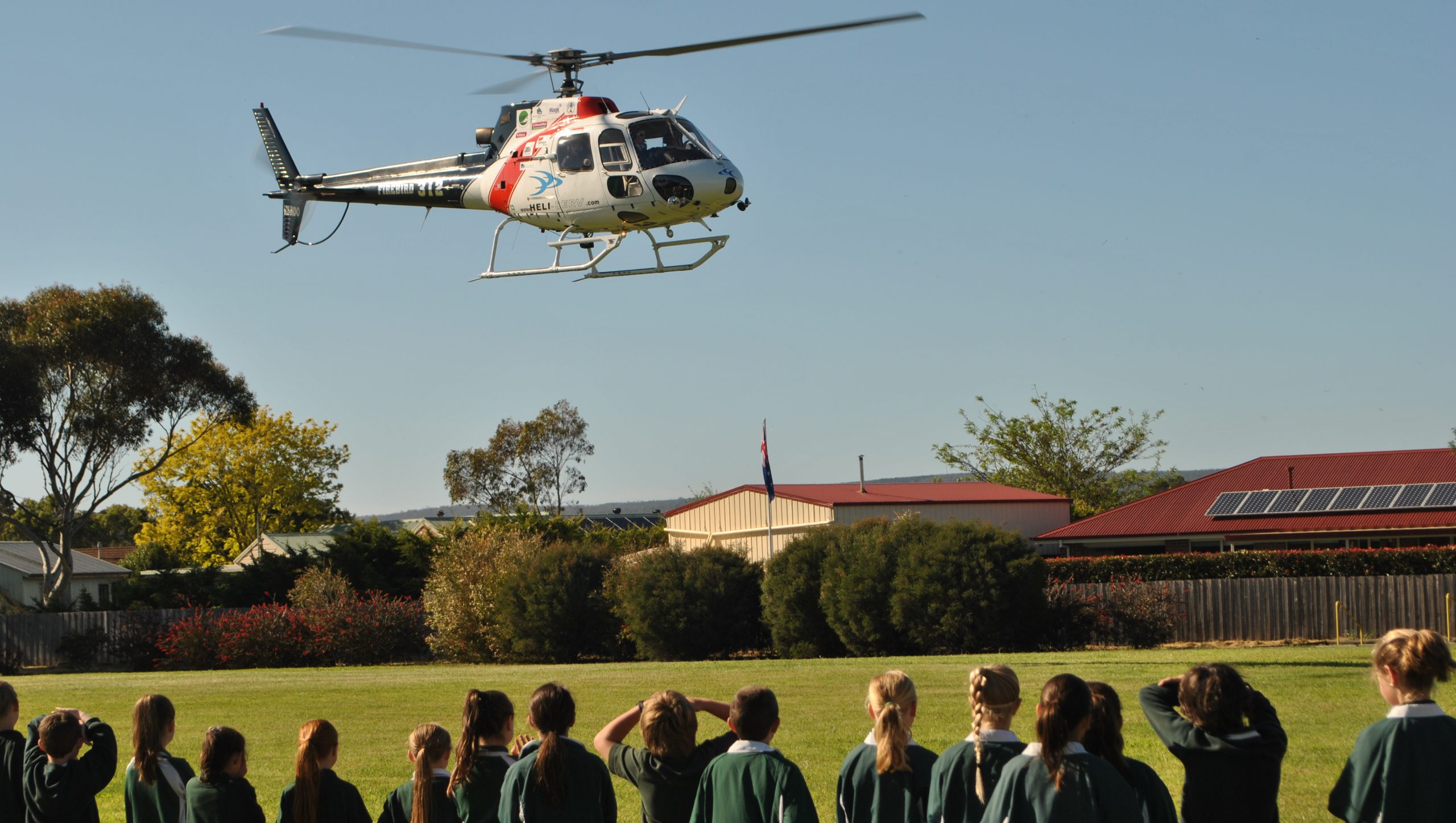 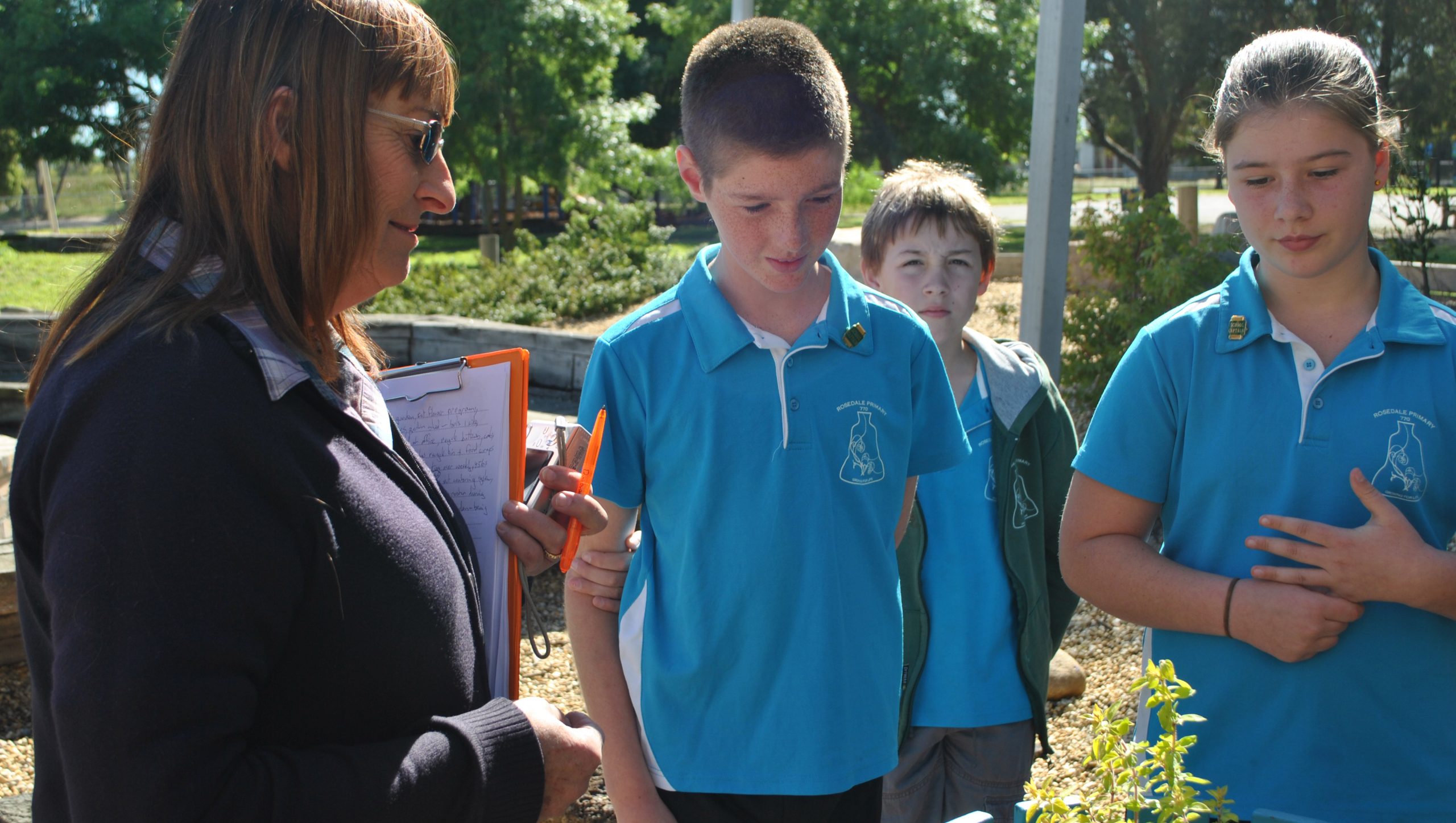 ROSEDALE Primary School is a contender for the Victorian Schools Garden award for its students’ extensive work in the garden.

A regional winner the past two years, the school will send a delegation to the state awards at Royal Botanic Gardens in Melbourne on December 6, with Cowwarr Primary School also in the running for a state award.

Garden judges flew into the schools by helicopter on Friday, much to the delight of students.

Each year level in the school has been assigned a particular task, with features including a bush tucker garden, carnations grown in shoes students no longer use, passionfruit vines, an orchard and poultry pen.

Each grade takes advantage of the school’s kitchen.

The design has since been duplicated at Stratford Primary School.

Citrus trees have been planted in the school’s courtyard, which also features a zen garden and fish pond.

New turf, which the school won courtesy of its regional award win last year, will soon be laid at the front of the school.

Garden awards patron and judge Paul Crowe said he was impressed with the tidiness of the school’s tool shed.

Principal Fiona Knight said the school had to combat drainage issues for its raised garden beds, with drainage mats installed.

“We have a lot of community support and donations,” she said.

“We couldn’t do it without them.”