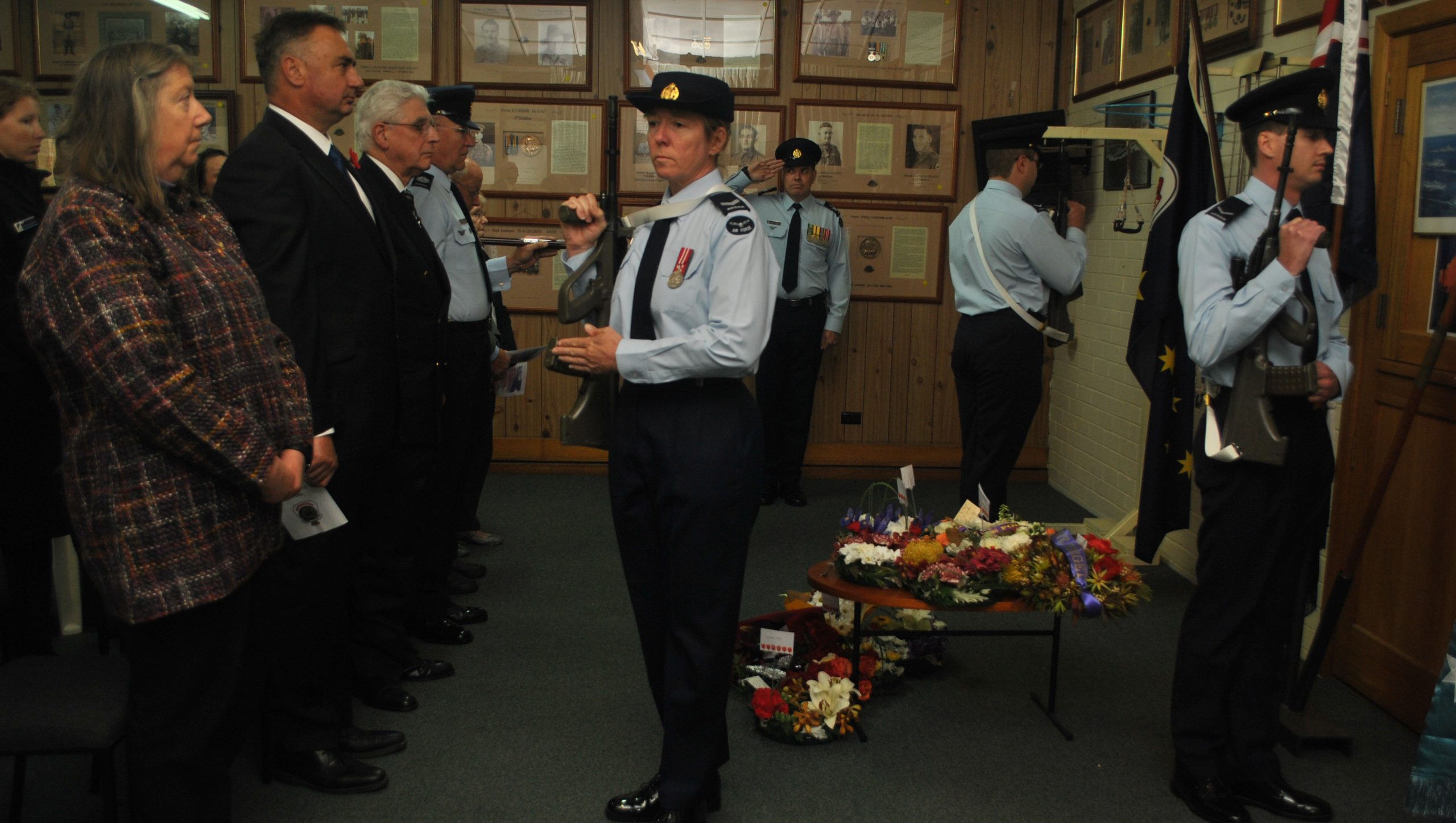 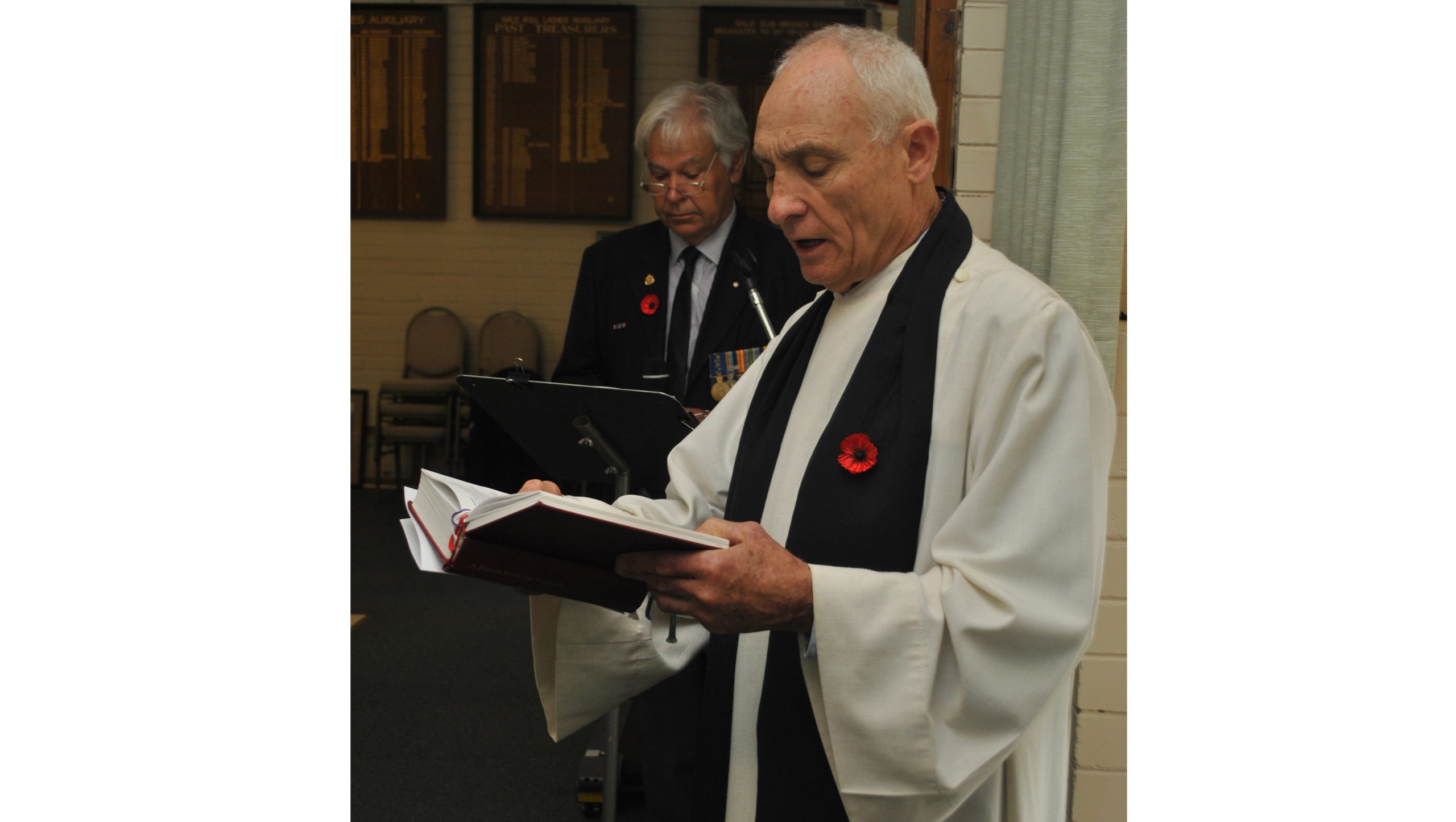 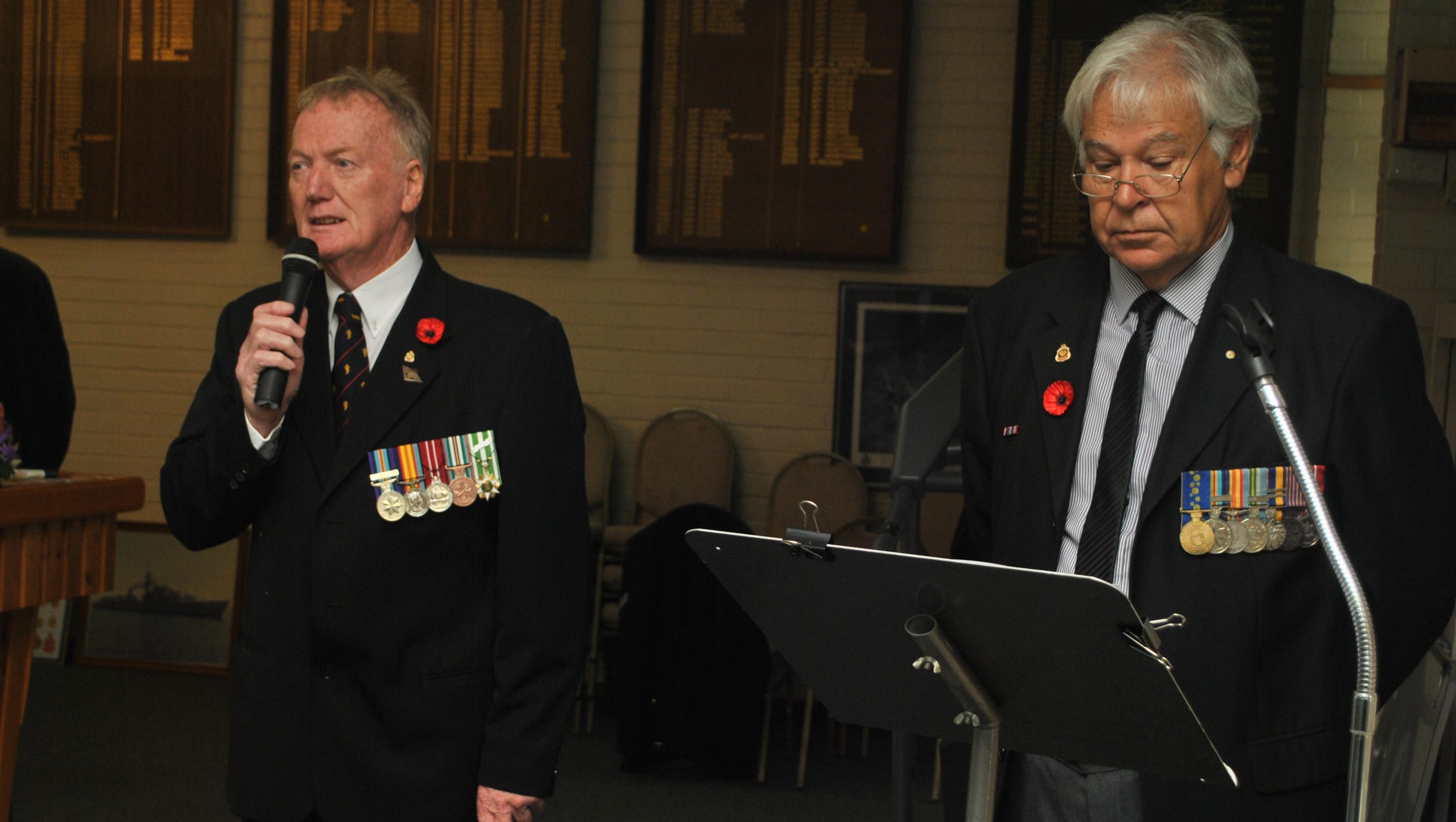 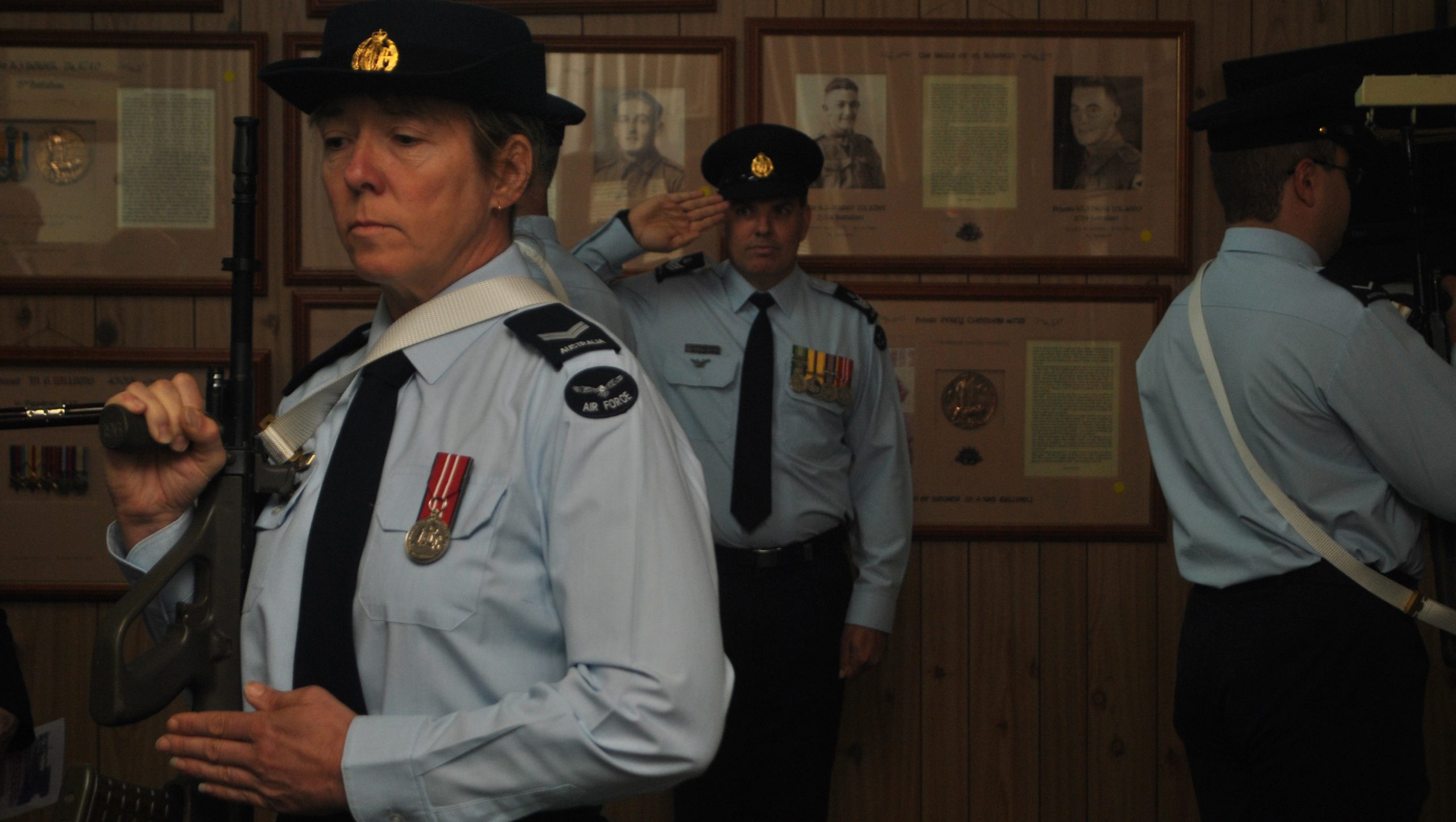 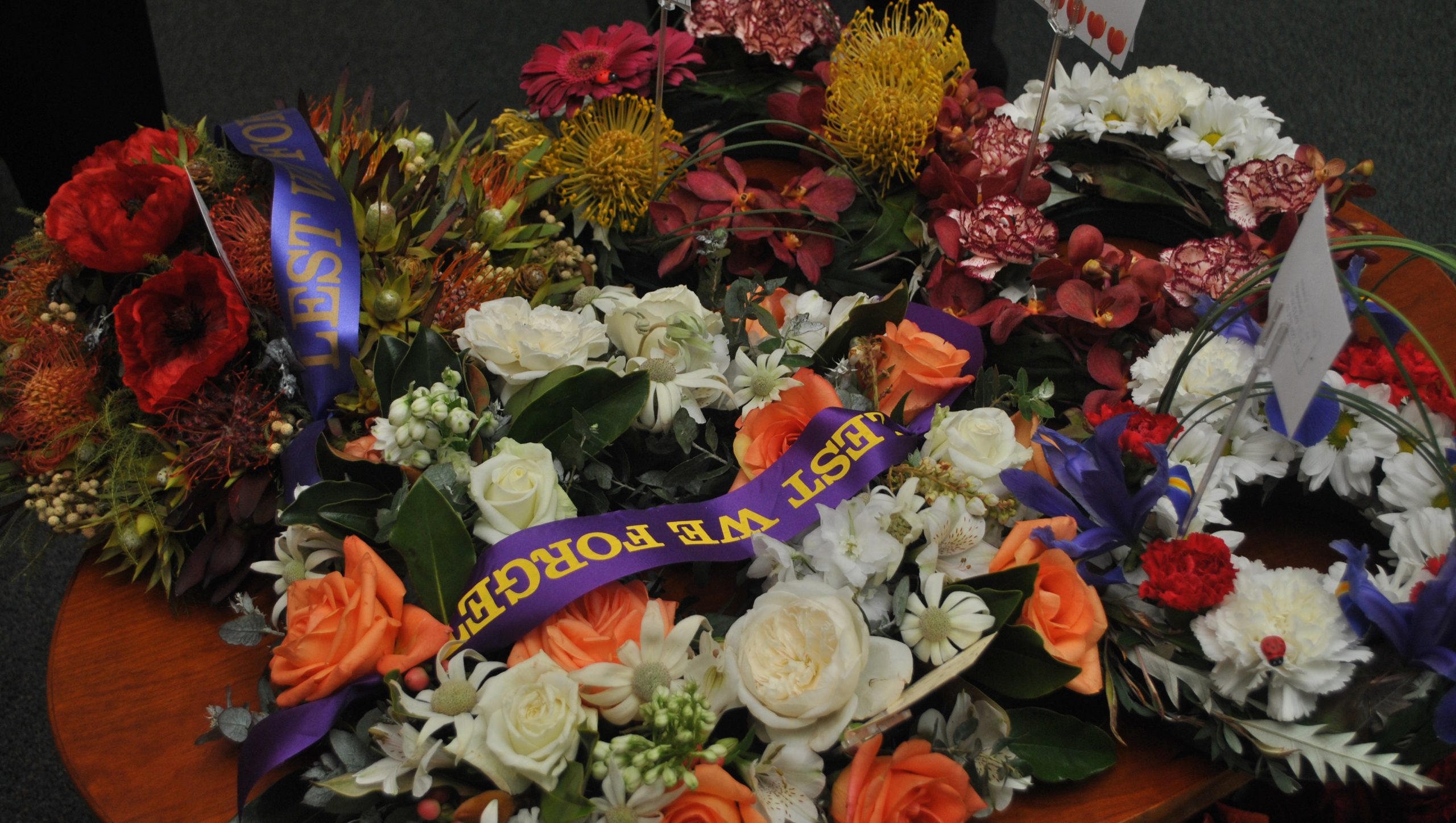 IN a short but sweet service at Sale Memorial Hall on Monday, the lives of men and women who died defending the country were remembered with a minute’s silence.

As the precarious spring weather turned inclement crowds retreated inside the Gippsland Veterans Welfare Centre where the service continued as normal, albeit in a more restrictive setting.

As the rain fell it was difficult not to imagine the struggles faced by soldiers who often spend, days, weeks, months, in such weather, buried up to their waists in mud, with insects buzzing all around. Many not returning home.

In his introduction master of ceremonies Michael Page, OAM, dedicated this year’s service to war veteran Neville Gibbons who recently succumbed to cancer.

Mr Gibbons acted as master of ceremonies for remembrance and Anzac Day service for many years. He will be sorely missed.

Sale Returned Services League president Eddie Jones catalogued the numbers of lives lost in various wars, including Iraq, illustrating the lengths individuals and government would go to in order to secure a nation’s freedom.

While people had various reasons for joining the war effort Mr Jones said in many cases men joined the fight because they wanted good to triumph over evil, detailing the ruthlessness used by Nazi Germany and Imperialist Japan against their own people.

“They fought for our freedom,” he said remembering the lost soldiers.