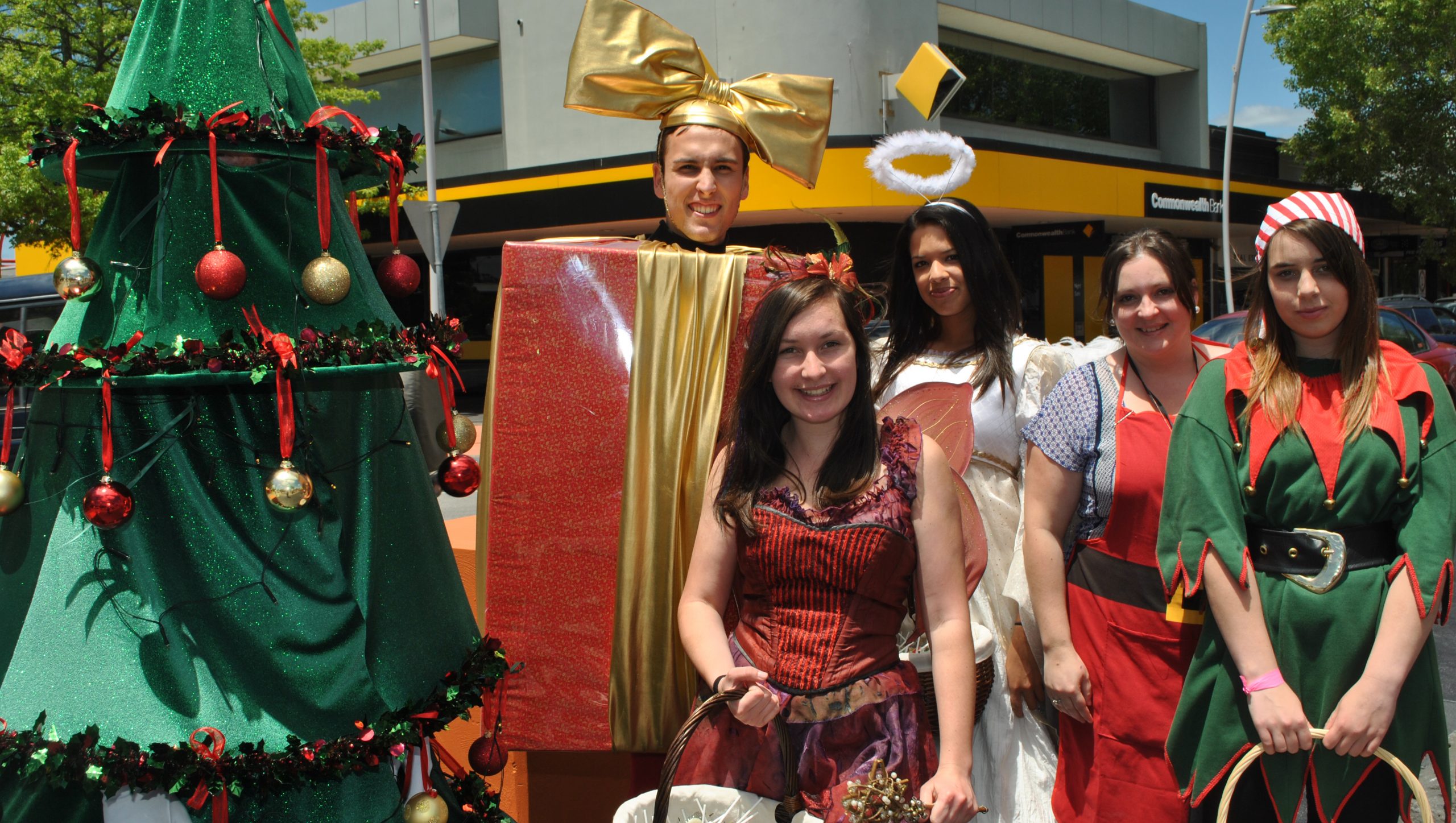 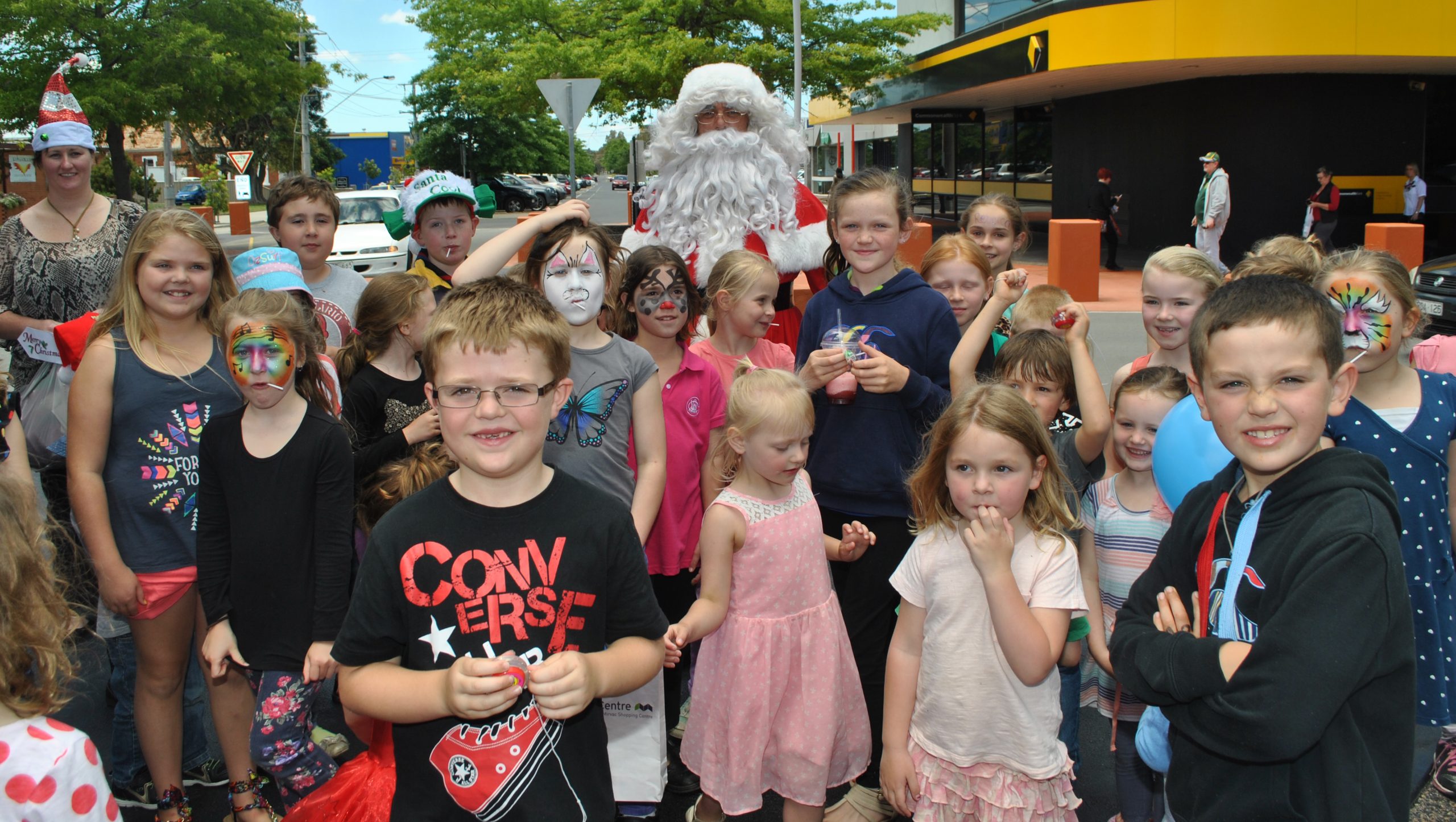 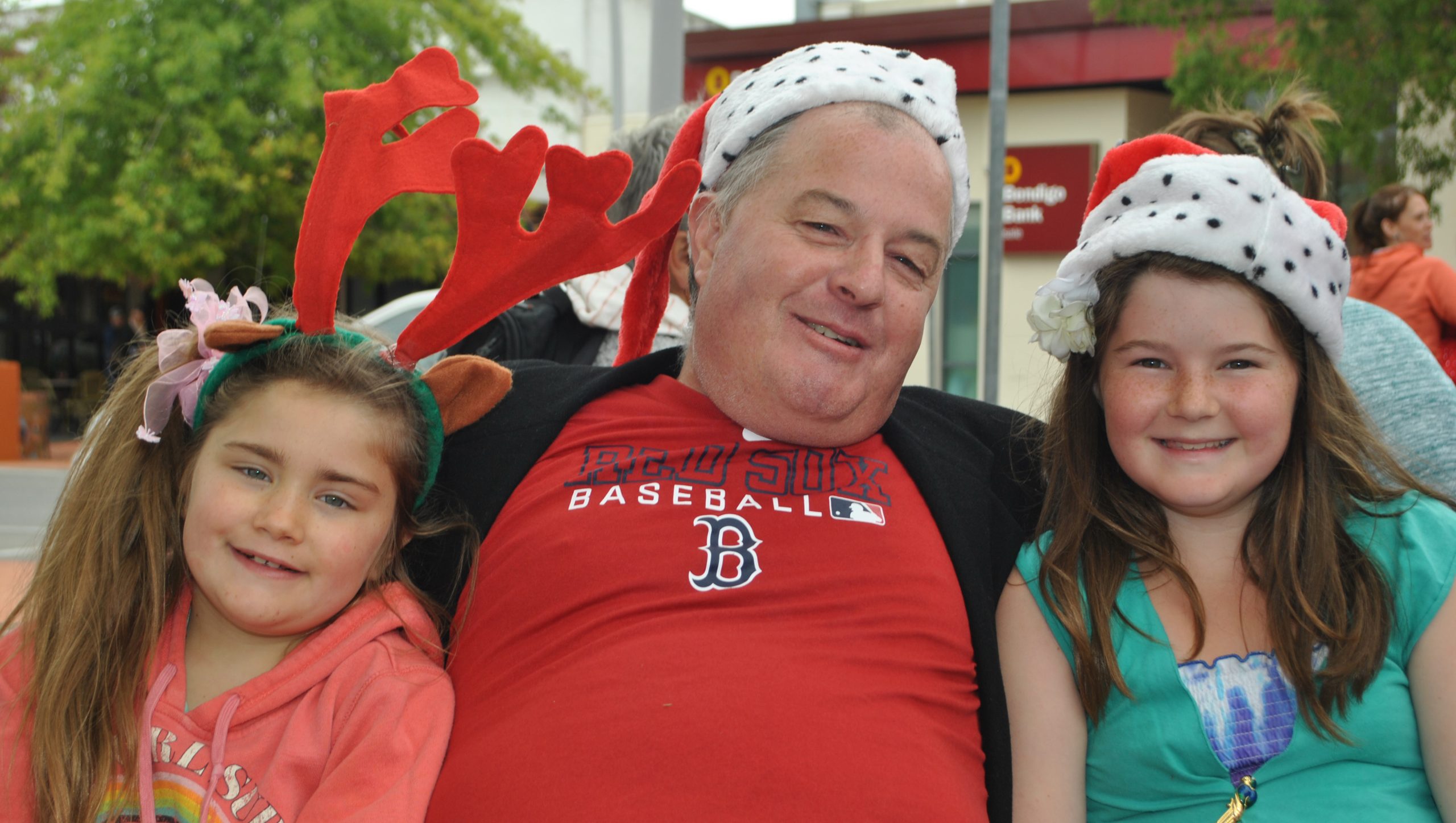 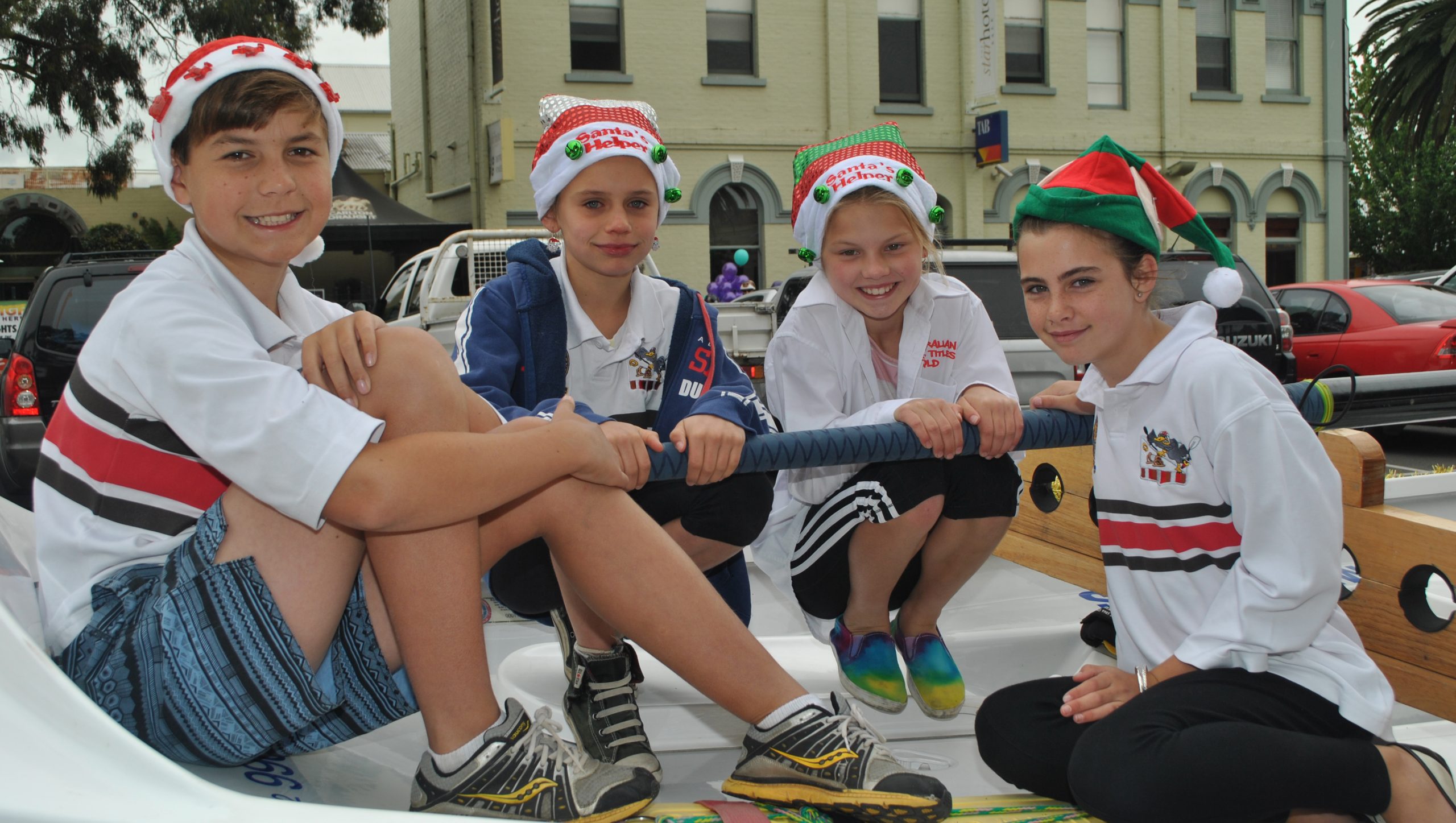 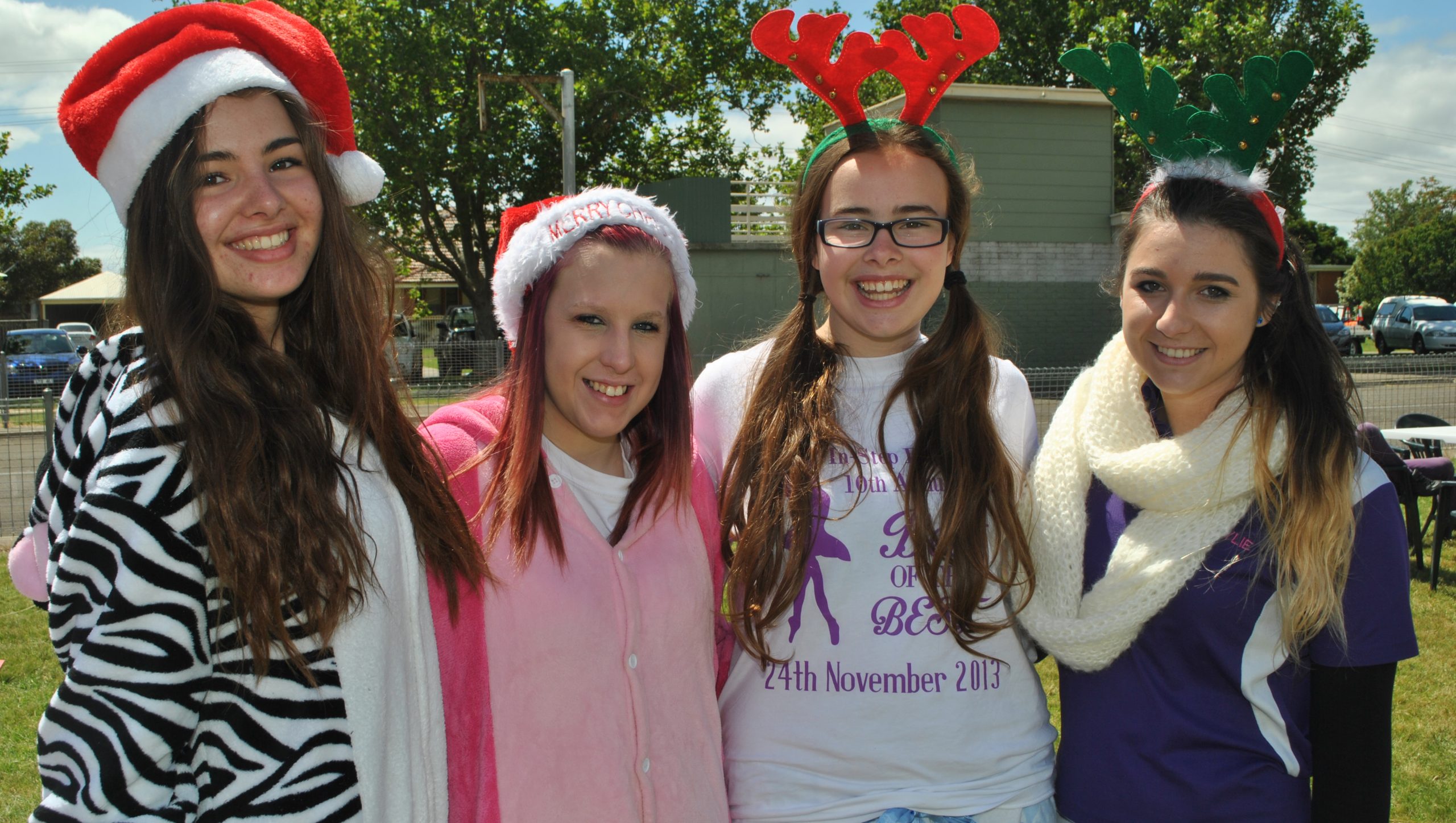 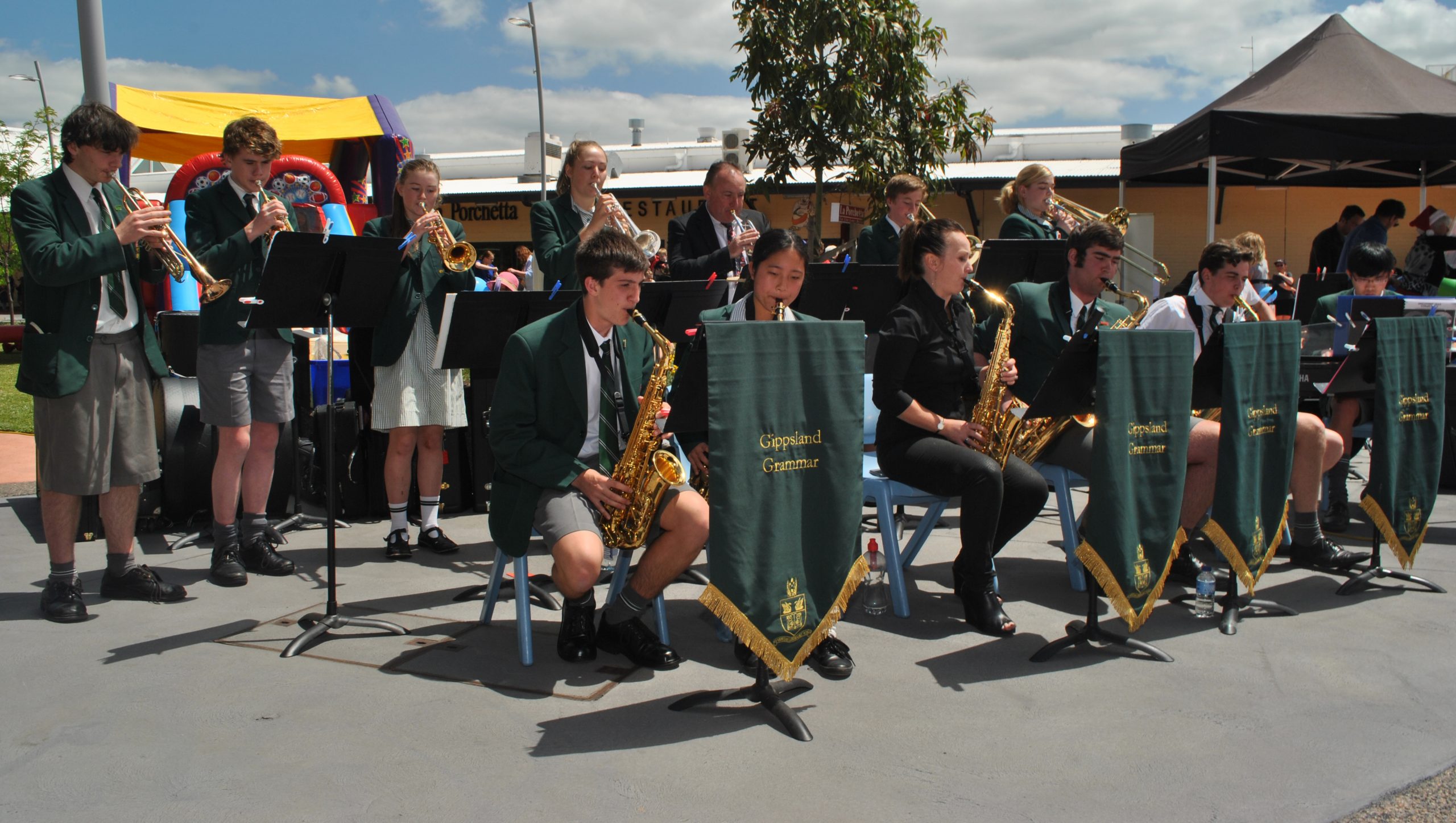 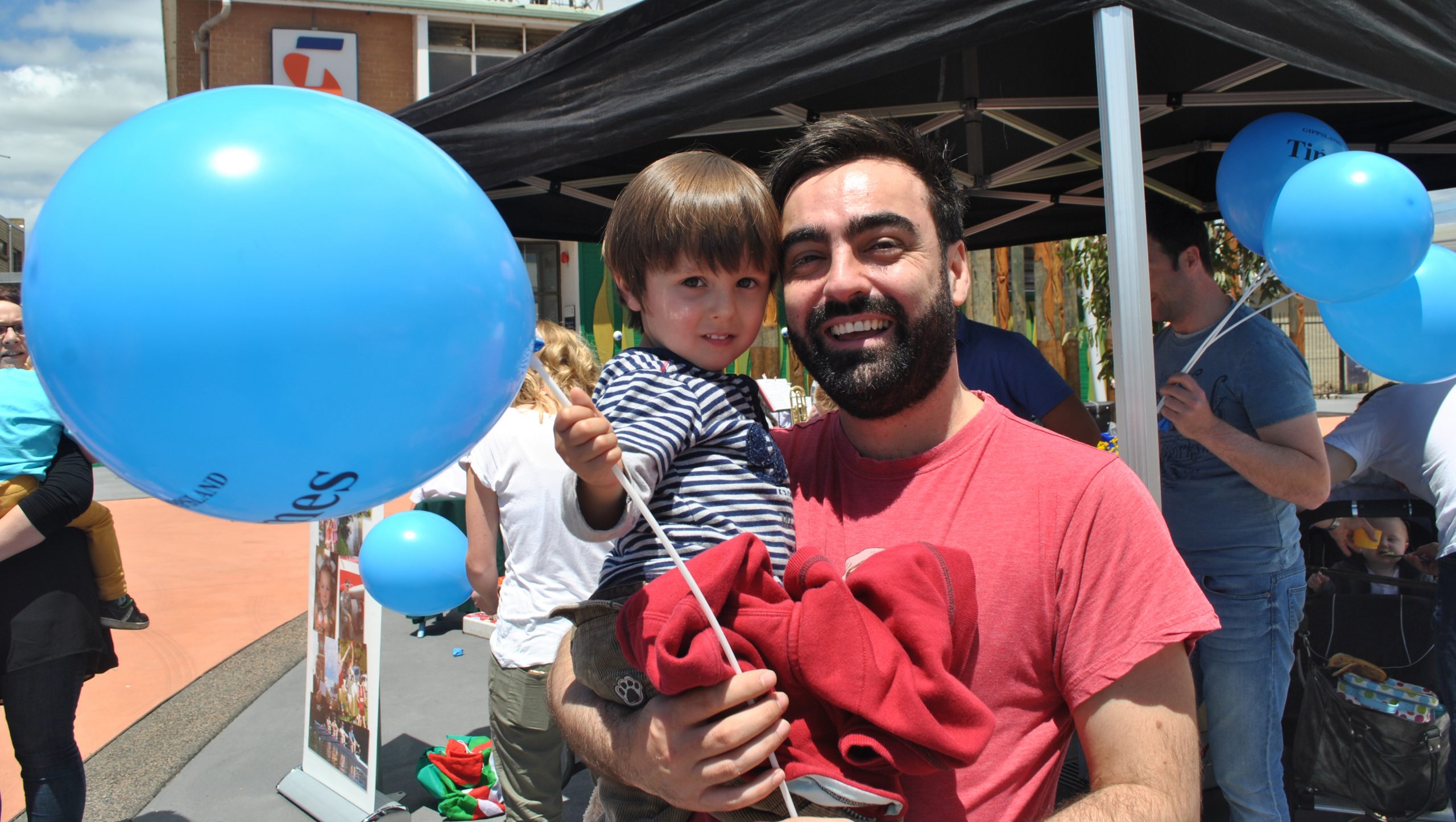 Wellington Shire councillor Darren McCubbin, assisted by his daughters Ella and Marni, was given the difficult task of judging the parade.

“Whatever they (Ella and Marni) think is good, must be good,” Cr McCubbin said.

“Best walking group had to be the dog obedience club.

“I’m not even sure if they are the dog obedience club, but they were walking their dogs and they looked obedient.”

Santa proved popular, with a long line of children waiting to get their opportunity to advise him of their Christmas wishes at Brennan Park, while Santa was mobbed by children on arrival to the clocktower mall, enlisting the assistance of his little helpers to distribute lollies.

The clocktower mall was a sea of blue, with the Gippsland Times handing out balloons while Gippsland Grammar Band entertained the crowd with Christmas carols.

The celebrations also included the official opening of the new-look clocktower mall.

Mr Ryan said the project had been a long standing priority for the community, having first been identified in the Sale urban design framework in 2002.

“This project will encourage locals and visitors to shop, dine and conduct business in Sale,” he said.

“It will revive Sale’s commercial precinct and ensure it’s available for the long-term benefit of the local community.

“The alfresco dining area will increase economic activity and also generate new employment opportunities in the local hospitality industry, while the new performance space will enhance social and community interaction and bring more visitors into the CBD.”

Mr Ryan said the redevelopment had also improved accessibility in and around the mall area, ensuring people of all ages and abilities could safely enjoy the new and improved facilities.

Mayor Scott Rossetti said it was terrific to see the mall finally used for its intended purpose.

He said often people looking to set up business or tourists judged a town on its public space, and if it looked vibrant, it encouraged them to stay.

“Keeping the centre of town vibrant will create jobs; people will shop locally,” he said.