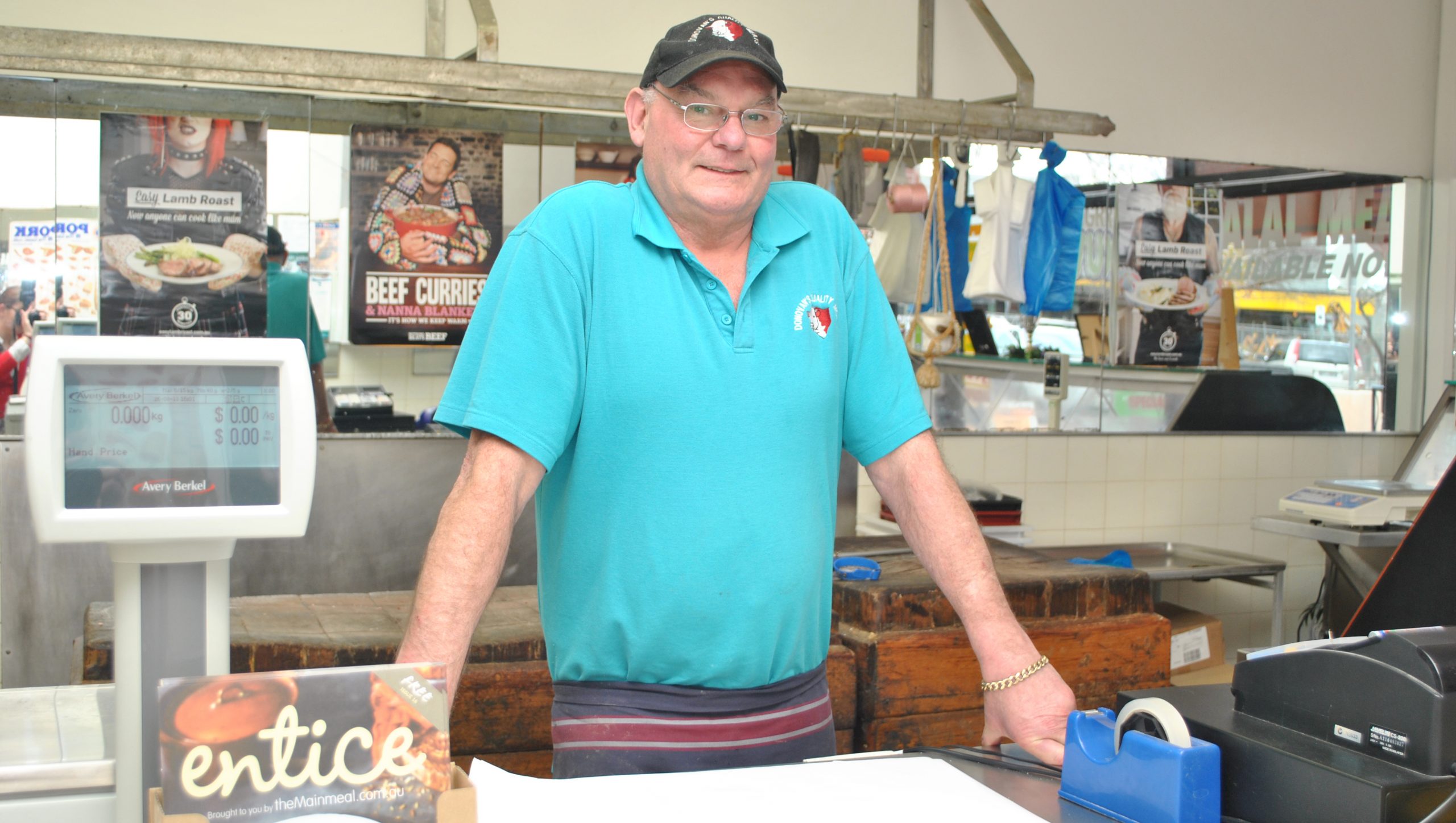 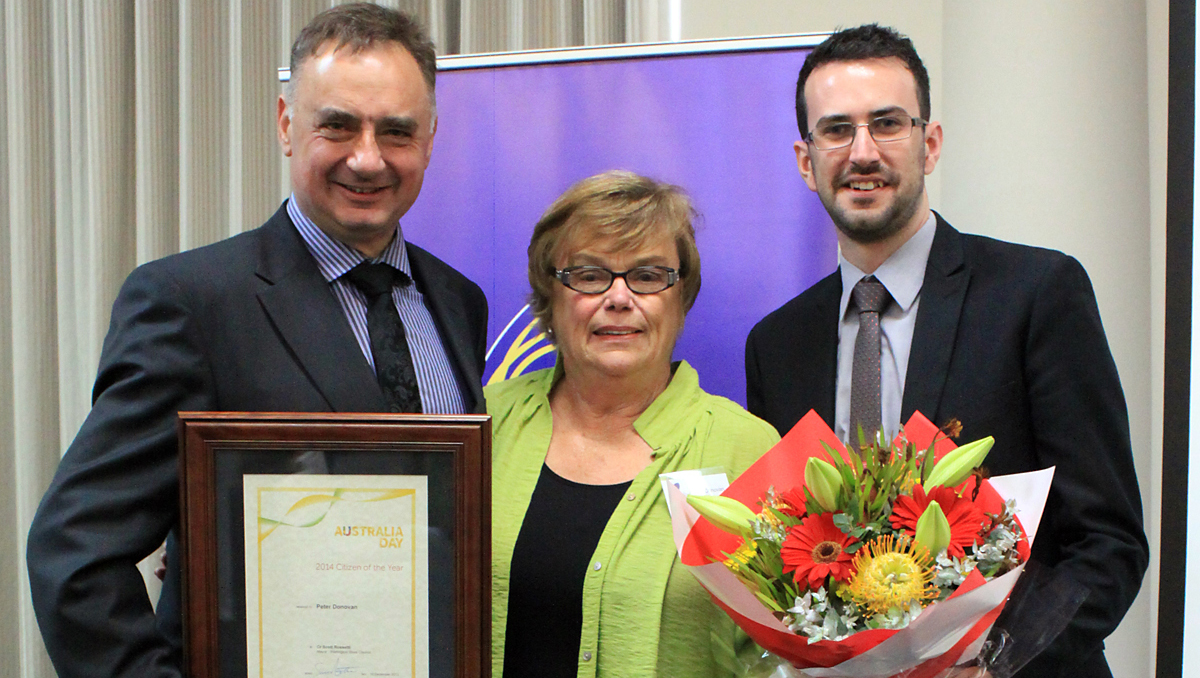 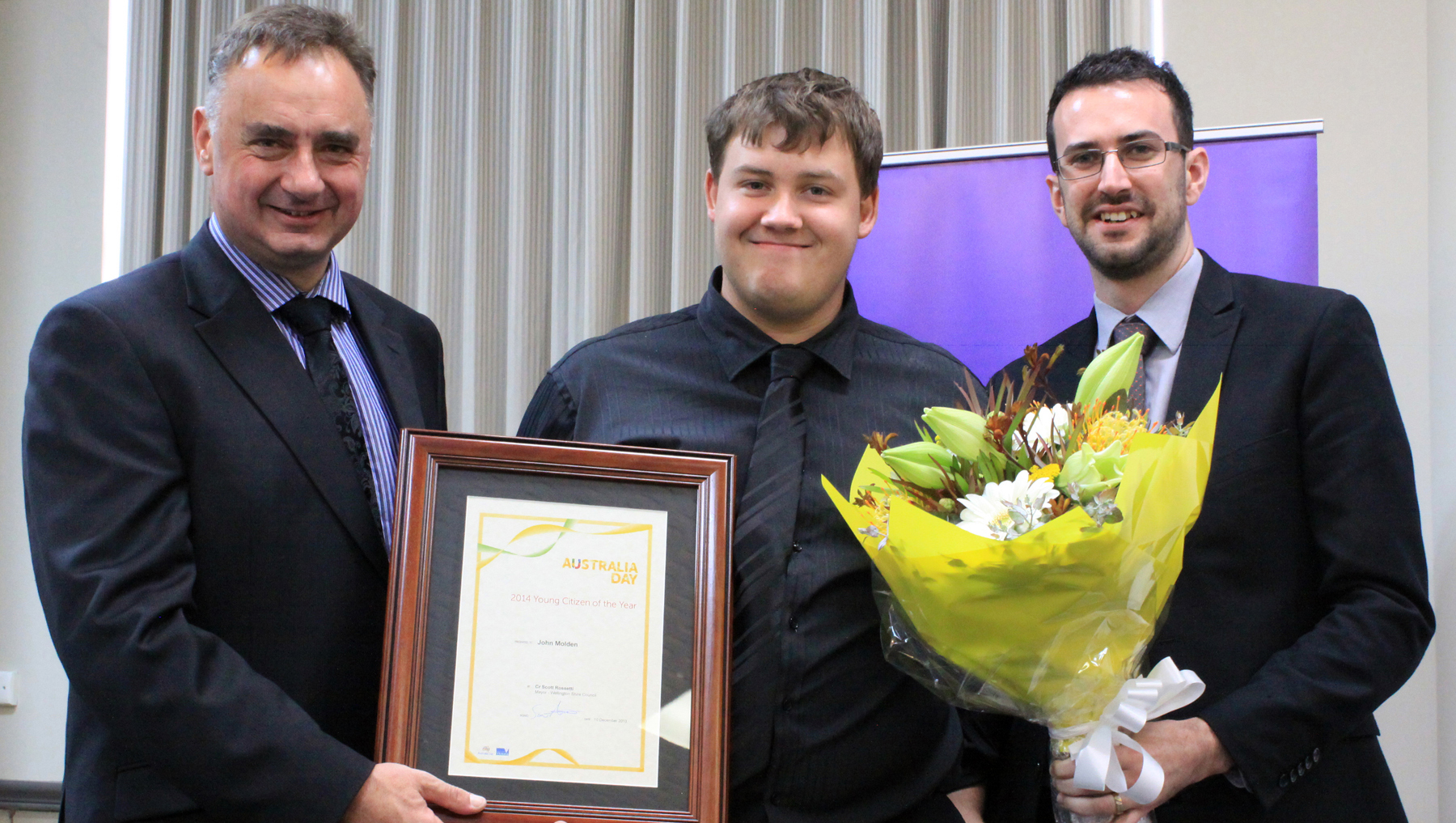 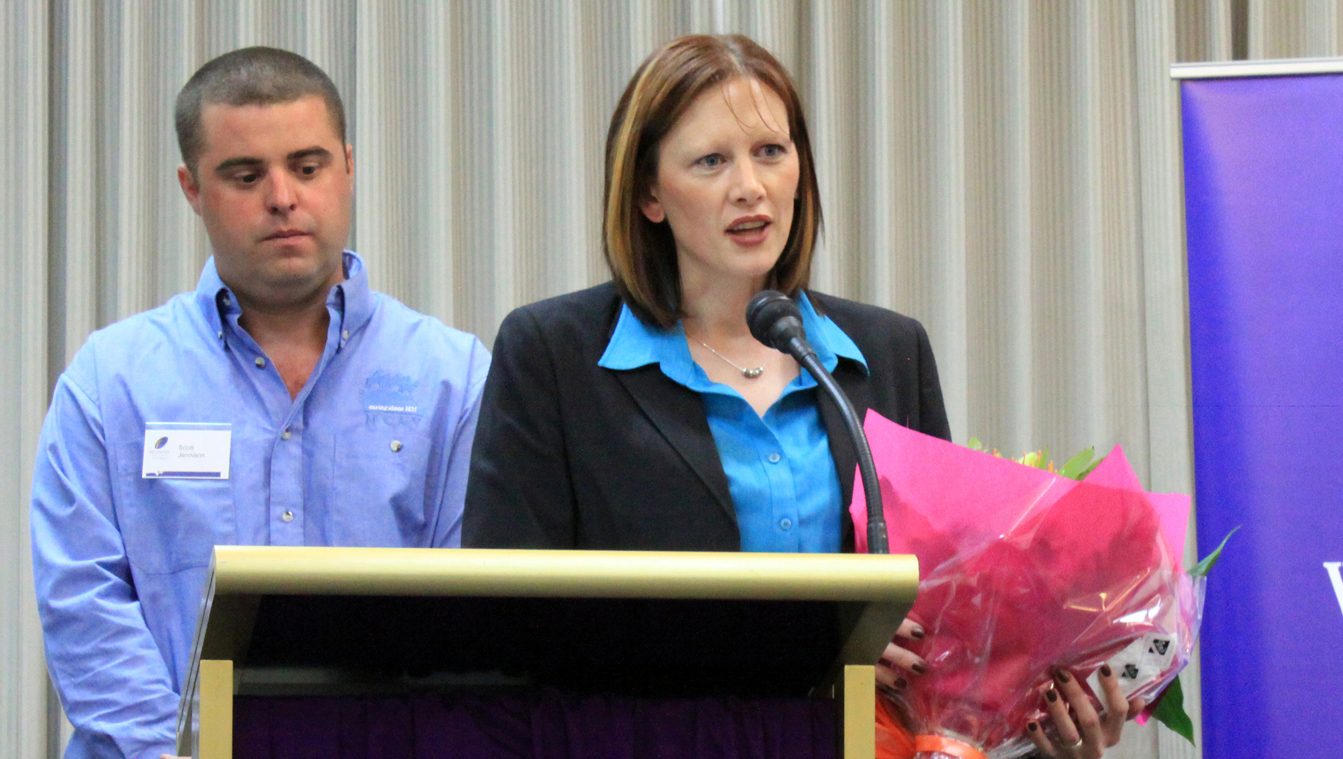 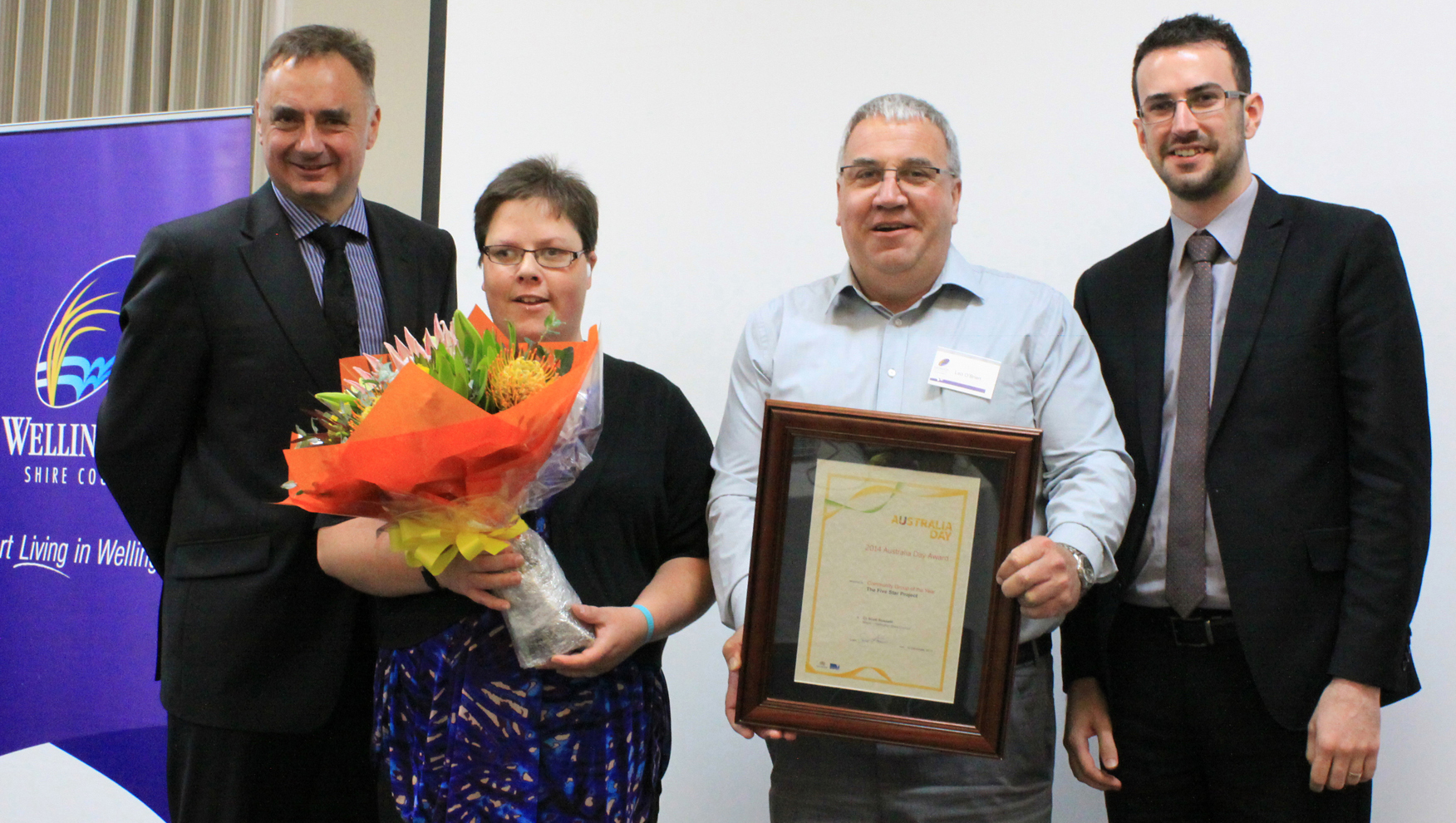 Mr Donovan was one of four winners of Wellington Shire Council’s 2014 Australia Day Awards during a luncheon attended by nominees on Tuesday.

Mr Donovan was unable to attend the luncheon, so mother Aileen accepted the award on his behalf.

John Molden was named the Young Citizen of the Year, the 2013 Mountain Cattlemen’s Association of Victoria High Country Gettogether the Event of the Year and the Five Star Project the Group of the Year.

Wellington Shire mayor Scott Rossetti said even just being nominated for an Australia Day Award was an incredible honour and it truly showed the admiration and gratitude of your community.

“Peter Donovan is a quiet achiever. Over many years, he has worked tirelessly to support many causes, such as the Central Gippsland Health Service, the Good Friday Appeal and bushfire relief.

He also provides financial support for two of our local football clubs,” he said.

“Of most amazing note is that Peter has donated over 90,000 sausages for the Sale Lions Club’s Saturday morning sausage sizzles plus many thousands more for other charitable causes. He has, through that donation alone, raised over $100,000 for our local community.

“It is without doubt, that Peter Donovan is indeed a most deserving recipient of this award.”

The Citizen of the Year Award is added to a number of appreciation awards Mr Donovan has received over the years from Red Cross, Royal Children’s Hospital, Sale Lions Club, Sale Football-Netball Club and the CGHS.

The 2013 High Country Get-together at Licola, hosted by the Gippsland branch of the Mountain Cattlemen’s Association of Victoria, was attended by more than 15,000 people.

With a focus on caring for and custodianship of the High Country, the event raised more than $10,000 for many local charities and brought significant economic benefit to the Wellington region.

Community Group of the Year the Five Star Project was established a decade ago by a group of volunteers, with an aim to find futures for disabled adults away from aged care facilities.

It has seen completion of 10 residential units and a community room and are currently working towards a higher care facility as well as advising other communities how to establish their own Five Star Projects.

At age 20, Young Citizen of the Year John Molden has already dedicated an enormous amount of time to voluntary pursuits.

“This is the second year that Wellington Shire Council has held an event where we bring together all nominees and their nominators and collectively celebrate those who have inspired us with their community service and those who have ensured that our community champions don’t go unnoticed for the work that they do,” Cr Rossetti said.

“We recognise their generosity and congratulate these extraordinary citizens on their commitment to our community. We acknowledge the important role that they play in making ours a happier, brighter and more compassionate community.”