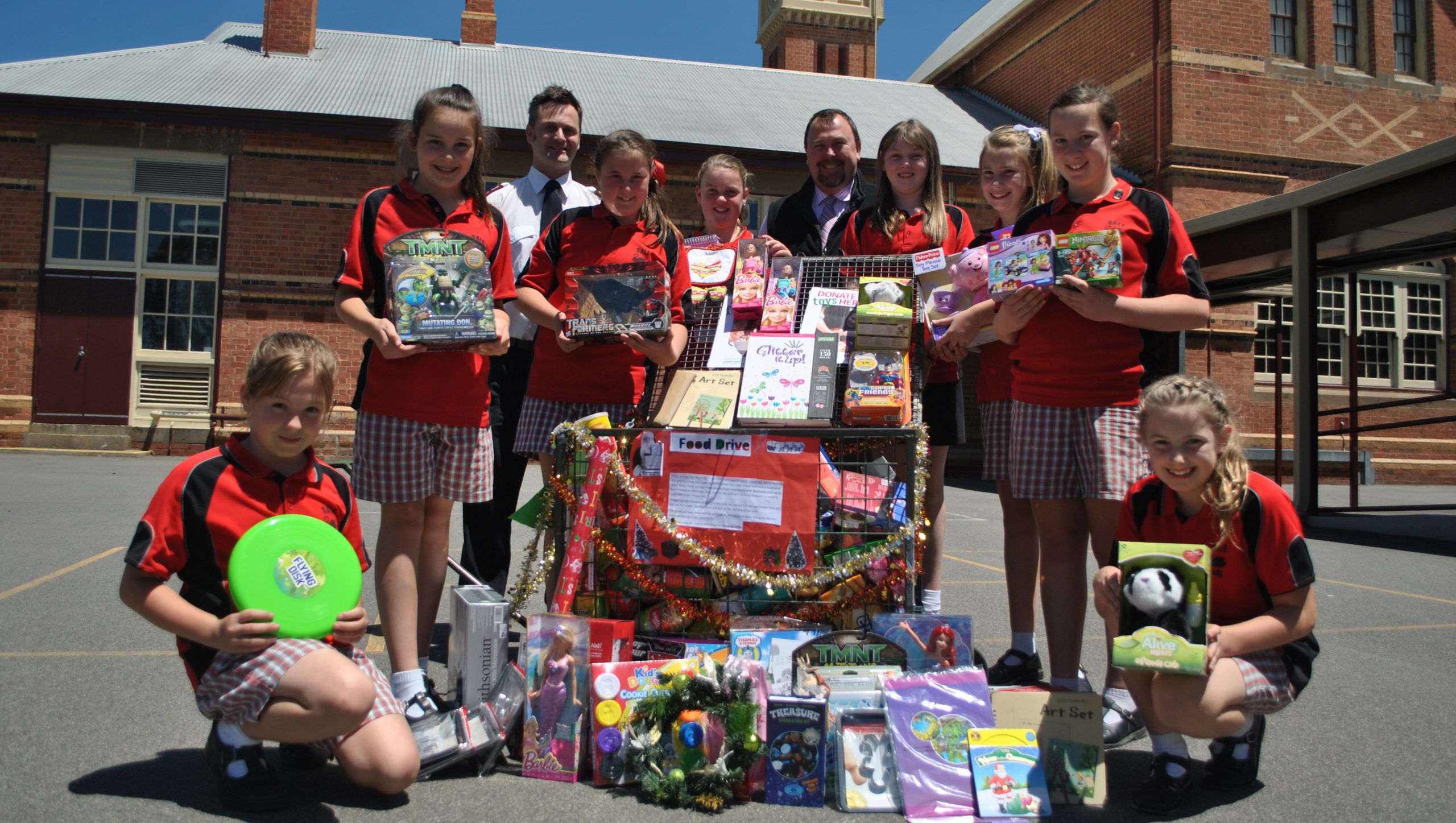 EMBRACING the spirit of Christmas and the spirit of giving, a group of Sale Primary School grade six students have collected boxes of food and toys for the less fortunate this festive season.

The girls, who have been collecting items for a week and a half, managed to gather a large trolley and three boxes of goods which they intend to donate to the Salvation Army Sale branch on Friday, to be made into hampers for those in need.

School principal Brad Evans said the students managed the whole thing, coming to him with the idea in November.

“They did the same thing last year,” Mr Evans said, explaining how the students collected food stuffs, but not toys.

Student Phoebe Morris said collecting the items to donate was a “good thing to do near Christmas”.

She agreed with classmate Lily Capraro that, for children, being able to wake up on Christmas and open a gift, especially if it was a toy, was a special thing for children.

The girls said it was one of the reasons the group wanted to include a toy drive as part of this year’s care package.

With a week to go, Salvation Army Sale’s captain David Ebsary visited the school to check out the girls’ progress, describing their efforts as amazing.

He said any items remaining after hampers were made up would be placed in the Salvation Army Sale’s welfare store to help people struggling financially beyond the festive season.

“All the items are non-perishable and in date,” Mr Evans said explaining how the girls took great care to ensure everything would be safe to eat at Christmas.

The girls said they had removed a couple of donated items because they would have been past their use by dates when food hampers were distributed.

Speaking over each other, the enthusiastic girls said they’d had a lot of fun collecting for the Salvation Army hampers, describing the experience as rewarding.

Progressing to secondary school next year the girls hope some of the school’s younger students will take over the reins continuing the work they started.