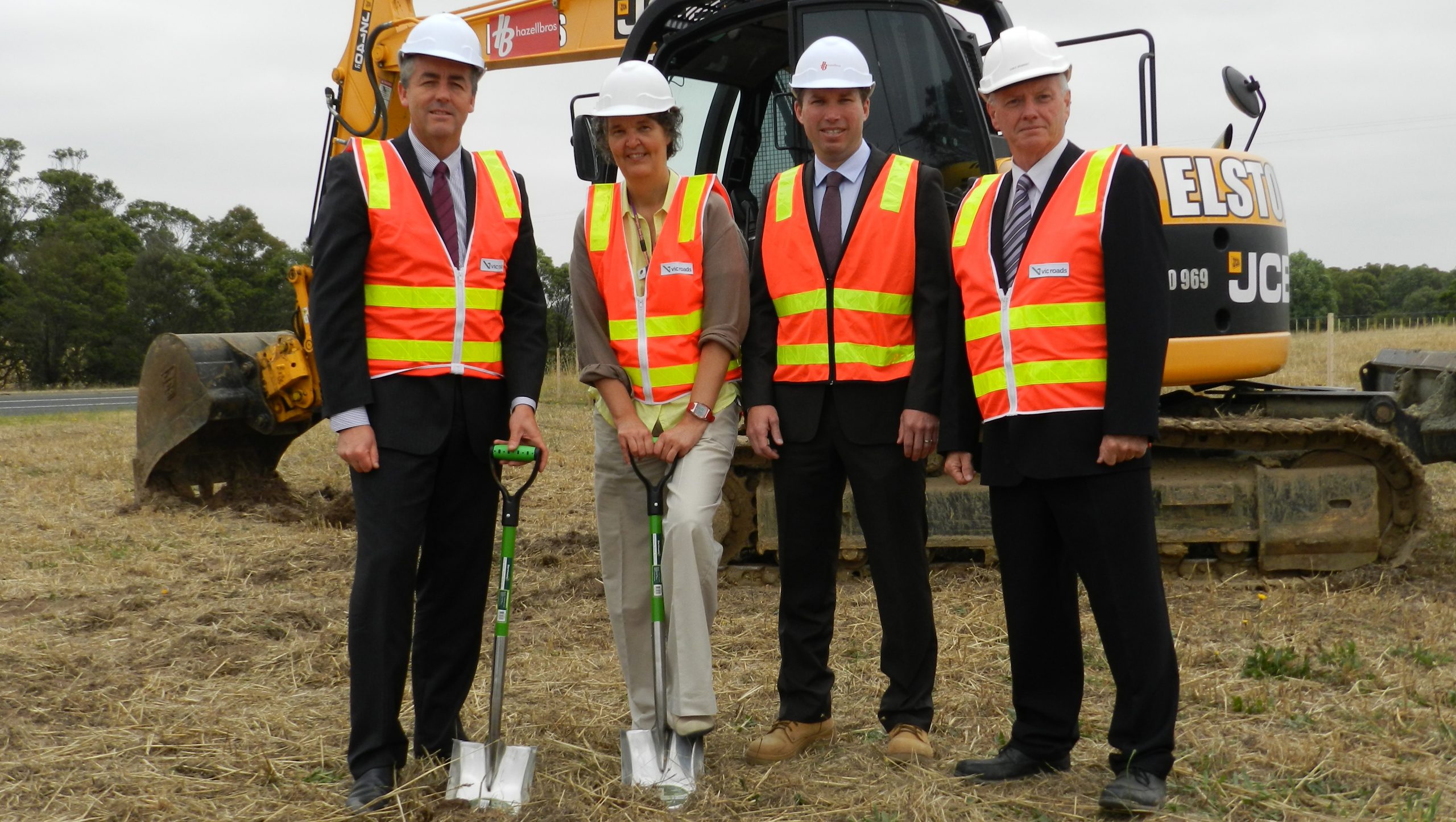 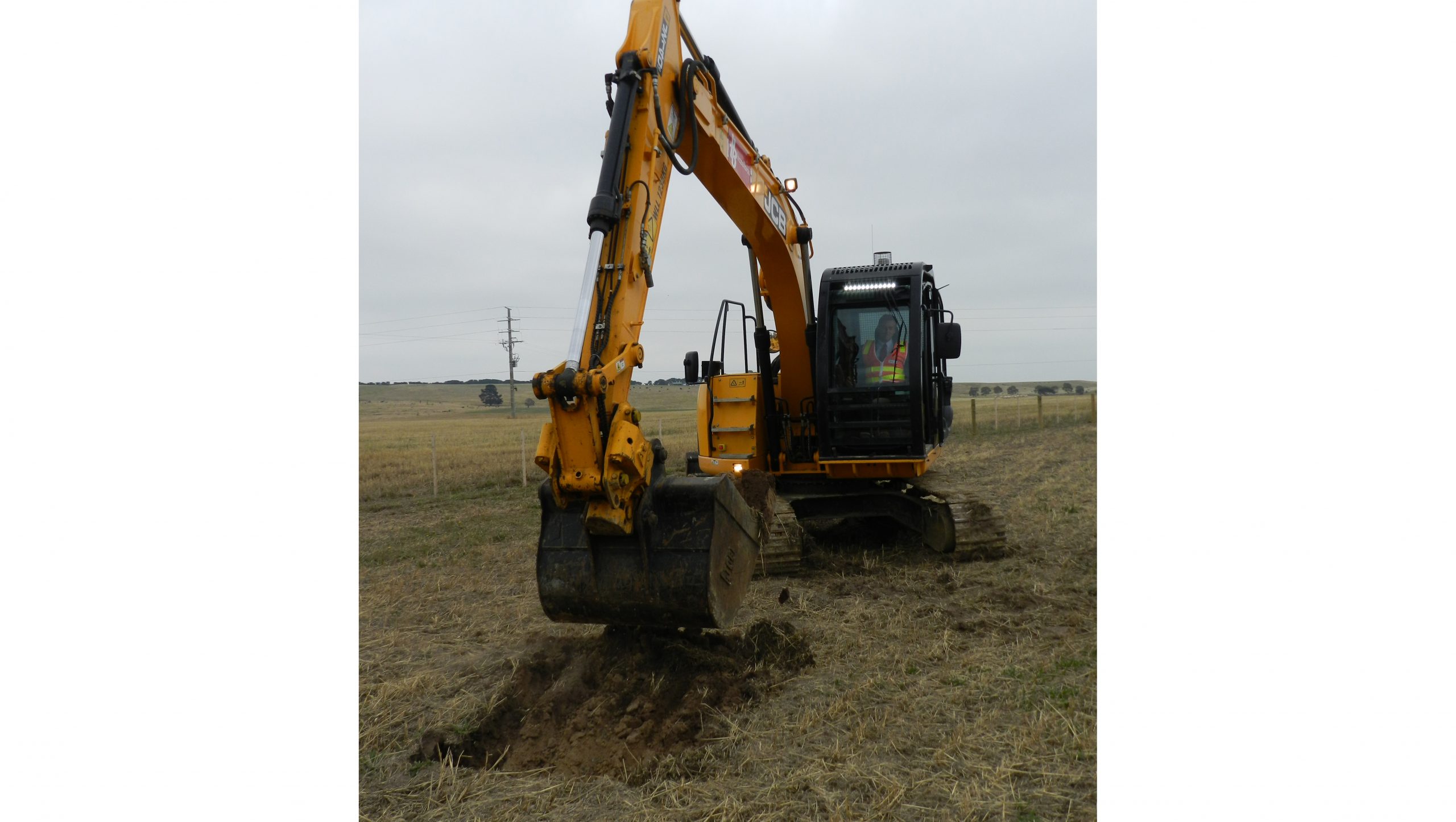 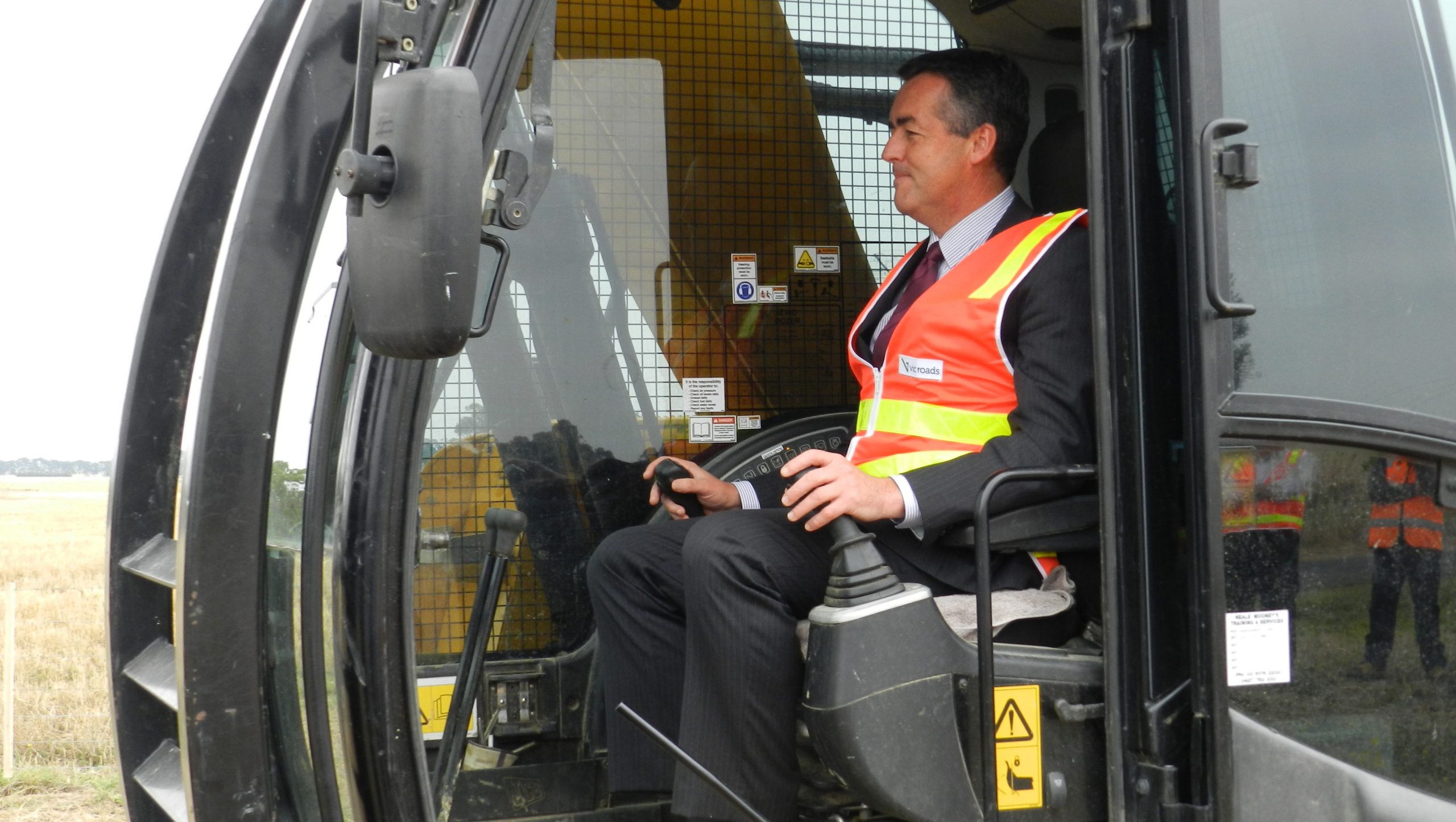 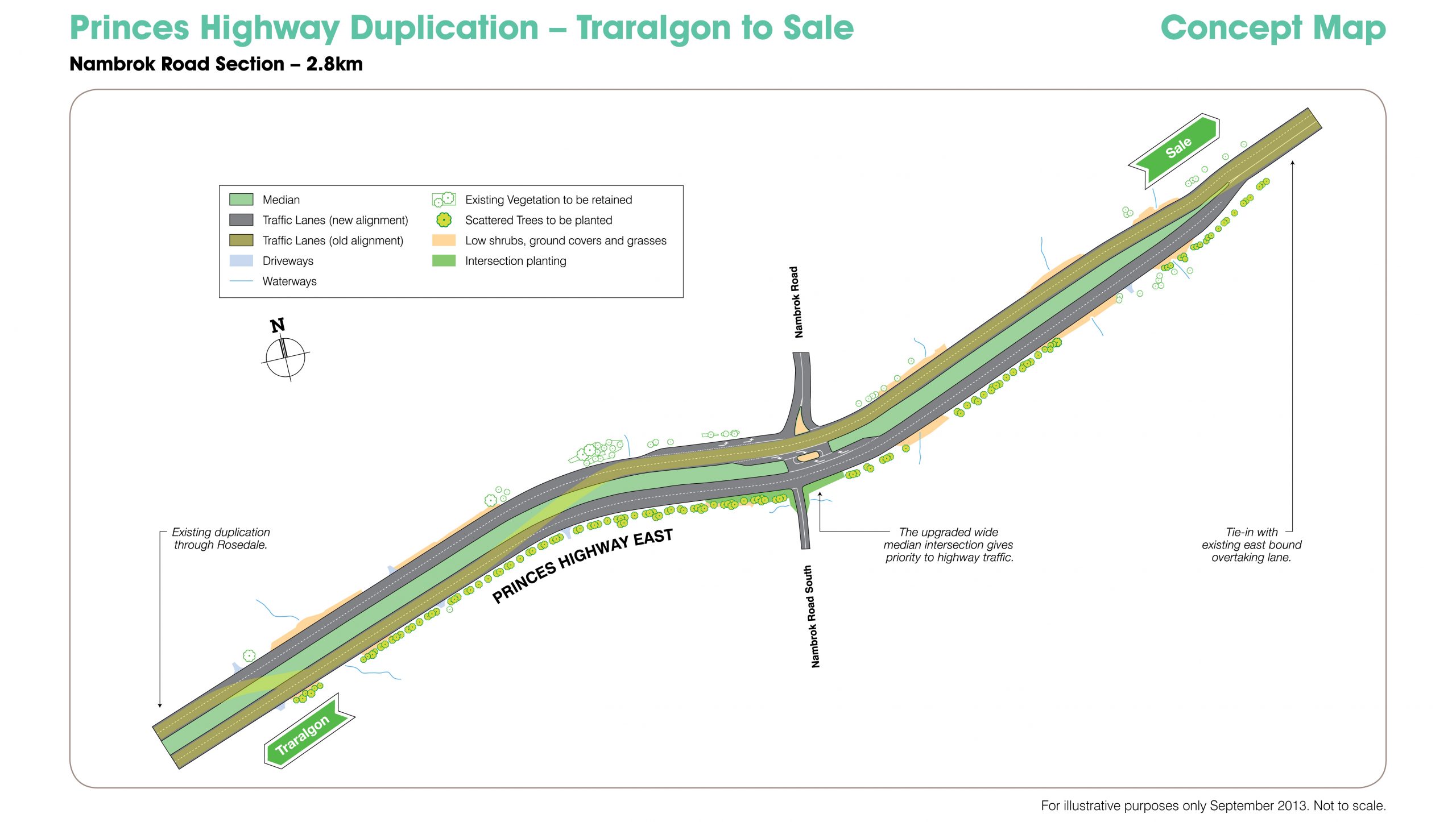 DARREN Chester may have got more than he bargained for when he made the ceremonial first turning of the sod to begin the latest stage of the Princes Highway duplication.

But first, the Gippsland MHR began proceedings in an excavator, a task he appeared to relish.

The ceremony officially marked the beginning of works to duplicate 2.8 kilometres of the Princes Highway from east of Denison Rd to east of Nambrok Rd, north of Rosedale.

The stretch of road is the fourth of six sections of the $175 million duplication between Sale and Traralgon.

Mr Chester said the Nambrok Rd section of the highway had a poor crash history, with three fatal accidents, including a double fatality, and four other people seriously injured since 2003.

“Approximately 8400 vehicles travel along the Nambrok Rd section of highway every day and 20 per cent of these are heavy vehicles,” he said.

“Four people have lost their lives while travelling this section of the highway and these works are vital to eliminating deadly head-on crashes in the future.”

Works will involve upgrading the Nambrok Rd intersection to a wide median intersection, making it safer for vehicles to access the highway, and construction of a new road with a 15 metre centre median to separate east and west bound lanes.

“Guard fencing and wire rope safety barriers will also be installed to protect drivers from traffic hazards close to the side of the road,” Mr Chester said.

“When complete, the current duplicated section of the highway east of Rosedale will extend through to the overtaking lane between Nambrok Rd and Rosedale-Maffra Rd.”

The Nambrok Rd section of the duplication is due to be completed by mid-2015.

“Two people lost their lives recently between Flynn and Rosedale in a head-on collision.

“The duplication will hopefully remove the possibility of that happening in the future,” he said.

“It’s about road safety, but it’s also about safe access for farmers and the safe movement of freight.”

The first section at Traralgon East was completed in December 2010, with the section between Reid Drive, Wurruk, and Reeve St, Sale, opened to traffic in July this year with only final surfacing works remaining.

Construction of the 1.7km section between Stammers and Minniedale Rds, Traralgon East began in September, while tenders for the 8.3km Flynn to Rosedale section have closed, with the successful contractor to be announced early next year.

The final stage under the current funding from the federal and state governments will take place between Wurruk and Fulham.

The six stages cover just under 50 per cent of the highway between Sale and Traralgon.