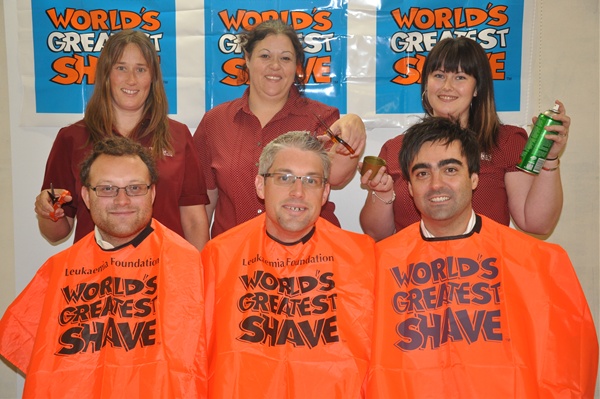 ANSWERING the call to “be brave and shave” during this year’s World’s Greatest Shave, a team from the Gippsland Times will be shedding their luxuriant locks or having their hair turned outrageous colours on Friday, March 16.

Mr McIvor said the team had decided to put its efforts behind the World’s Greatest Shave because about 11,500 Australians were expected to be diagnosed each year with leukaemia, lymphoma and myeloma, including 2500 in Victoria.

“I have recently had a number of friends diagnosed with cancer and just last week a friend passed away after suffering from cancer.

“I have always thought it would be a good thing to do, so it looks as if this is the year,” he said.

Ms McNamara said the team would be fundraising through Facebook and direct appeals.

“We will be going around the street with a collection tin and will be fundraising outside Hair New York on Friday, March 16, so people can contribute there,” she said.

She also said 10 per cent of the costs of the advertisements appearing in the World’s Greatest Shave advertising feature in today’s Gippsland Times would be donated to the Leukaemia Foundation.

Money raised through the World’s Greatest Shave funds free services to support patients and their families including information, emotional care, transport to and from treatment and accommodation for regional Australians who need to move closer to hospital.

Sign up at www.worldsgreatestshave.com or phone 1800 500 088, to receive a fundraising kit.