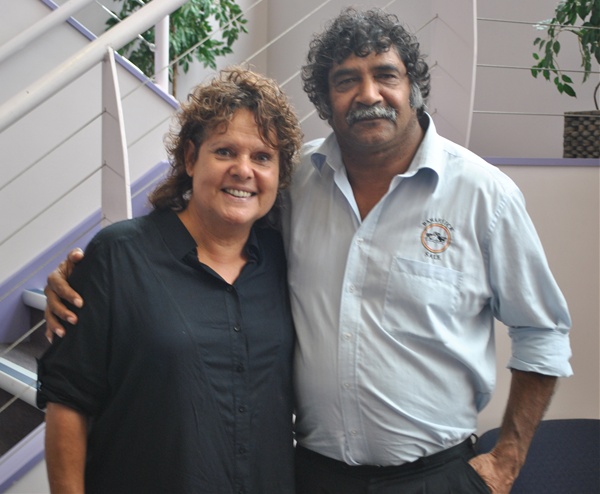 She was dropping into Sale ahead of the launch of the Learn Earn Legend! Tennis initiative in Melbourne on Sunday.

A former world number one tennis player who won 14 grand slam titles, including Wimbledon in 1980, Mrs Goolagong-Cawley said the program’s aim was to encourage and support young Indigenous Australians to stay at school, get a job and be a legend for themselves, their family and their community.

Sale Tennis Club will host a come and try day on March 25.

Mrs Goolagong-Cawley said the clinics were designed to encourage young indigenous Australians to pick up a racquet, have fun and give tennis a real go.

The aim is to increase the number of indigenous girls and boys playing tennis to help improve their health, education and employment opportunities.

“We are trying to get as many indigenous kids (as possible) into tennis and leading a healthy lifestyle,” she said.

“I had many people support me from a young age and if it wasn’t for that (help) I wouldn’t be here today.”

Since 2005, Mrs Goolagong-Cawley has run the Goolagong National Development Camp for indigenous youngsters with potential to become pro players, coaches or administrators.

From the program, 19 youngsters have received tennis scholarships, six are qualified level one coaches and four work in sports administration.

In 2012, under the auspices of the Evonne Goolagong Foundation and in conjunction with Tennis Australia and the Government’s Learn Earn Legend! initiative, Mrs Googalong-Cawley as an LEL ambassador, will conduct tennis come and try days nationwide, giving access to state camps.

These will feed into the GNDC using tennis to promote health, education and employment.

Ramahyuck District Aboriginal Corporation chief executive Dr Ali Khan said he believed the Sale community would get behind the program.

“I think the community will respond very well; the young people here are very active,” he said.

“We have nine that are currently being considered for the Kokoda Track (walk), they are in training for that and we also have one young man (Bohdi Walker) who has been to South Africa with his football and selected to go to India for cricket.

“Young people are an investment in our future and providing opportunities in sport is the best way to nurture them.”