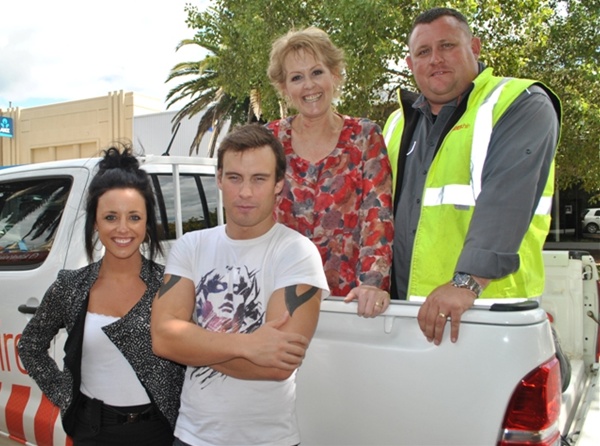 HAVING started their training for Dancing with Our Stars, another two couples are looking forward to the challenge of dancing in front of 1000 people on June 16.

Coates Hire Sale manager Daniel Rye is hoping to lead the owner of Celsius Collections Annita Wilkinson into the winning position on the night and could do just that.

One of the first dancers to sign up for the experience, Annita has been looking forward to dancing for some time and, in preparation, took part in local salsa classes.

As well as teaching her to dance, it also gave her the opportunity to get to know DWOS choreographer and trainer Christopher Ryan.

This, Annita hopes, will give her an advantage over other couples.

Having sponsored one of the 2011 dance couples, Daniel is well aware of the challenges ahead for him and Annita and is looking forward to the next three months.

Having not met each other until the first training, this couple met the challenge of the first lesson with lots of laughs.

Having featured in last year’s event, Kellie knows what it’s like to walk out in front of 1000 people.

But how will she go dancing in front of the crowd, only time will tell.

People may recognise Adrian’s name as one of the meteorologists who feature on ABC Gippsland.

As a meteorologist based at the East Sale RAAF Base, chances are that Adrian will pull a few manoeuvres in the lead up to the competition.

With Adrian having run a marathon and Kellie playing netball and basketball, fitness won’t be an issue.

But can they dance?