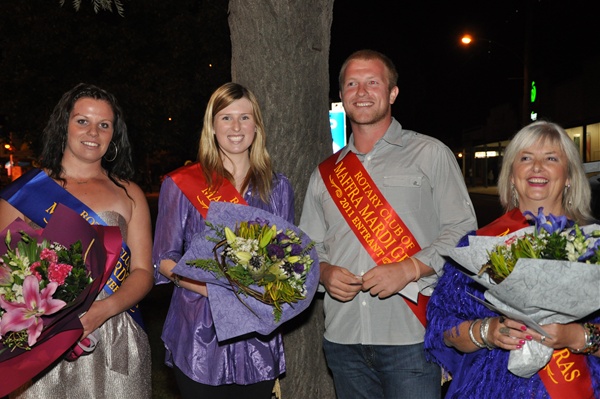 MAFFRA’S 55th year of holding its Mardi Gras will again draw large crowds and raise much needed money for this year’s sole entrant Britney Neille and her organisation, the Heyfield Football-Netball Club, this Saturday.

Britney has been fundraising for the past six weeks to fit out a building at Heyfield Recreation Reserve.

The aim is to provide a secure area in which children may be safely left while their mothers play netball for the club.

Street buskers, street stalls and carnival rides will entertain locals and visitors alike on Saturday afternoon and into the night.

The main attraction will be the street procession, down Johnson St, Maffra, beginning at 7pm.

This year’s theme is ‘the year of the farmer’, and floats will be built to this theme.

Britney’s fundraising tally and parade award winners will be announced at 8.30pm.

Also this weekend Maffra will host the Gippsland Open Squash Championships will be held. Maffra Squash and Racquetball Club president Stuart Henderson expected at least 70 entries for the event.

“We’re encouraged by numbers, already up on last year,” he said.

“People from Melbourne like coming down, with the country atmosphere and with the Mardi Gras on as well.”